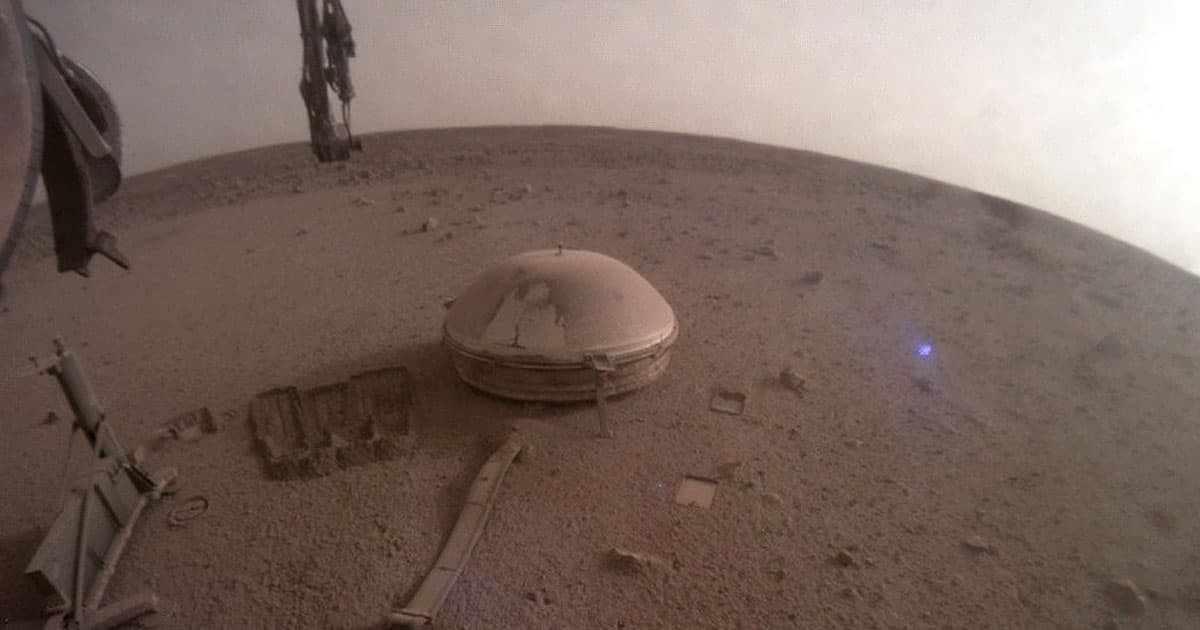 "Imagine how silent, how empty it is. How lonely."

"Imagine how silent, how empty it is. How lonely."

Against all odds, NASA's Mars lander has, somehow, continued truckin' along — but its inevitable death seems to finally be at hand.

"This is almost the end," planetary scientist Paul Byrne tweeted alongside the InSight lander's latest (and likely last) photo, which the little craft that could took on October 30.

This is probably the last photo the @NASAInSight mission will ever send home.

Its solar panels covered in dust, Insight isn't expected to last for more than a few weeks.

This is almost the end. pic.twitter.com/YHe0UNaA4g

The lander's journey thus far — from being declared close to dead in the summer of 2021 after NASA took emergency action to save it that spring, to the agency officially announcing that they had essentially put a "Do Not Resuscitate" order on it in May of this year, only for it to continue on living until now — has been nothing short of miraculous.

"Insight is sitting in Elysium Planitia, a vast equatorial plain," Byrne, an associate Earth and planetary science professor at St. Louis' Washington University, continued. "An absolutely barren, desolate place. Just look at that photo. Imagine how silent, how empty it is. How lonely."

Byrne isn't the only one driven to flowery language when describing InSight, either.

"The day is coming when I’ll fall silent, ending my nearly four Earth years (over two Mars years) of studying the Red Planet," NASA's InSight Twitter account posted, in first-person as the lander. "As my time winds down on Mars, my team is helping make sure scientists can get the most out of everything I’ve gathered."

Indeed, "the mission was planned to last one Earth year," the planetary scientist tweeted. "It's lasted four."

The lander's biggest mission before its final transmission is, per NASA, to save all the data it's gathered about Mars' core and its seismic wave activity.

Noble as that mission is, the scientists who work with InSight can't help but be rhapsodic when discussing it.

It will soon be lights out for InSight — and it will have a surprising number of mourners once that day finally comes.