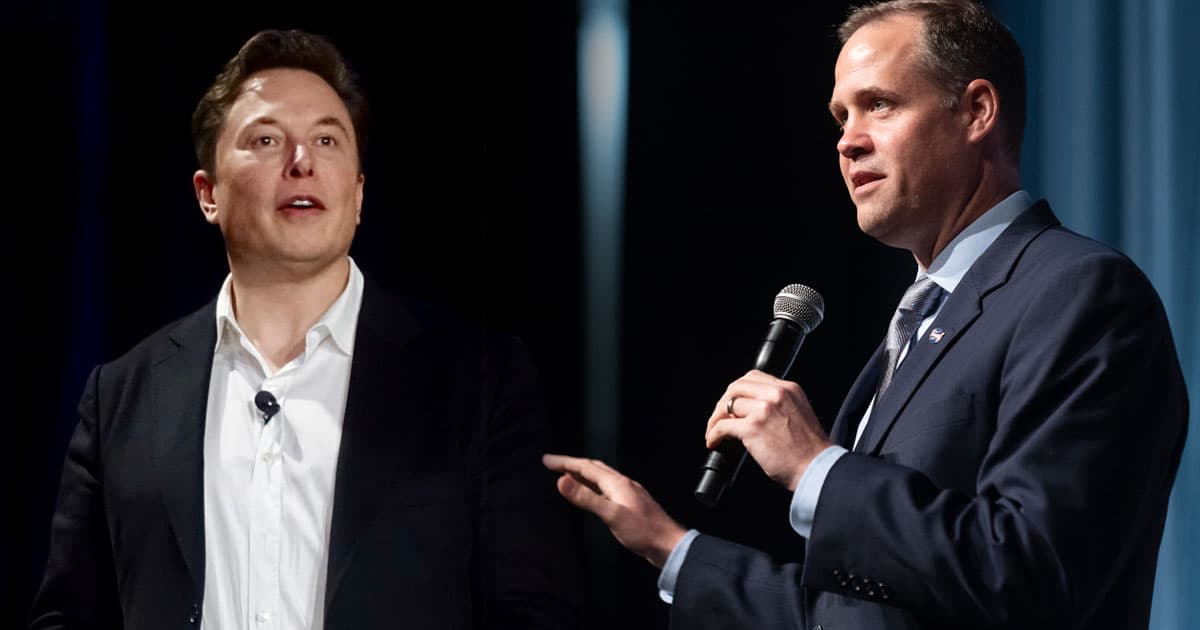 Love To See It

Despite recent tension between the two of them, Bridenstine has scheduled a Thursday tour of SpaceX's Hawthorne, California factory, Reuters reports. It's nice to see them getting along, and the tour is a hopeful sign that public spats over who failed to deliver what to whom — and a test vehicle that blew up — might finally come to an end.

Days after the two space leaders publicly criticized each other, they apparently had a private phone call that led to them making plans for the upcoming visit, according to Reuters.

NASA and SpaceX have collaborated in the past, and SpaceX is a top contender to help launch future NASA missions as the space agency slowly dissolves its partnership with Russia.

Much of the feud seemed to stem from SpaceX's recent efforts to promote its Starship while delaying the Crew Dragon project that NASA had been counting on to shuttle astronauts to the International Space Station.

We won't know until afterwards what the tour entails, but here's hoping that Musk shows Bridenstine something to reassure him that Crew Dragon updates are coming so this magical friendship can continue unfettered.

More on space drama: Here’s Why Elon Musk is Feuding With the Head of NASA