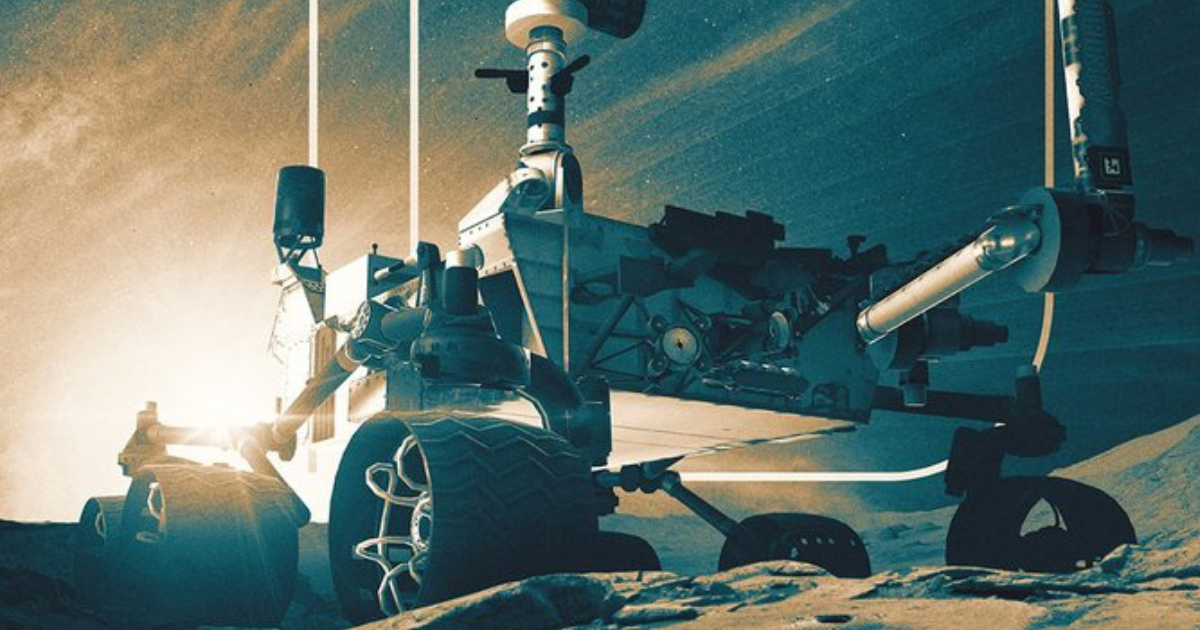 On Friday, NASA announced that the Mars Curiosity Rover celebrated a decade on the Red Planet. The agency also released a new poster print showcasing the vehicle and encouraging readers to "stay curious."

It's been a busy decade on Mars.

After ten years, 18 miles (29 km), and 500,000 photos, @MarsCuriosity is still rolling strong in its quest for signs of ancient life. As Curiosity moves forward, take a look back with us at what it's accomplished: https://t.co/zX6MeG2QPt pic.twitter.com/26CadYeGRk

"Ten years ago today, a jetpack lowered NASA’s Curiosity rover onto the Red Planet, beginning the SUV-size explorer’s pursuit of evidence that, billions of years ago, Mars had the conditions needed to support microscopic life," NASA said in its statement about the rover's special day.

Since landing, Curiosity has driven nearly 18 miles and climbed 2,050 feet high while exploring Gale Crater and the foothills of Mount Sharp. The support team that guides and works on the rover to keep it running employees hundreds of dedicated engineers.

"I cannot believe it's been a decade already," one Twitter netizen said Saturday. "Time goes WAY too fast."

There's no need to worry whether the rover will continue exploring the Red Planet, though, because NASA extended its mission for an additional three years back in April. In late June, older Curiosity data revealed organic carbon on the planet, which could be a sign of ancient life.

Between Curiosity, new helicopters, the Perseverance rover and future missions on Martian soil, humanity is sure to learn more about the landscape for years to come.

Makeover Scene
Space Tourist Says He's Thinking About Flying SpaceX Craft Up to Fix Hubble
Thursday
Read More
Palliative Care
NASA's Mars Lander Refuses to Die Even Though It's Supposed To
Sep 24
Read More
Signs Of Life
NASA Seems Awfully Excited About Finding Organic Matter on Mars
Sep 16
Read More
+Social+Newsletter
TopicsAbout UsContact Us
Copyright ©, Camden Media Inc All Rights Reserved. See our User Agreement, Privacy Policy and Data Use Policy. The material on this site may not be reproduced, distributed, transmitted, cached or otherwise used, except with prior written permission of Futurism. Articles may contain affiliate links which enable us to share in the revenue of any purchases made.
Fonts by Typekit and Monotype.