Was Mars once teeming with life? 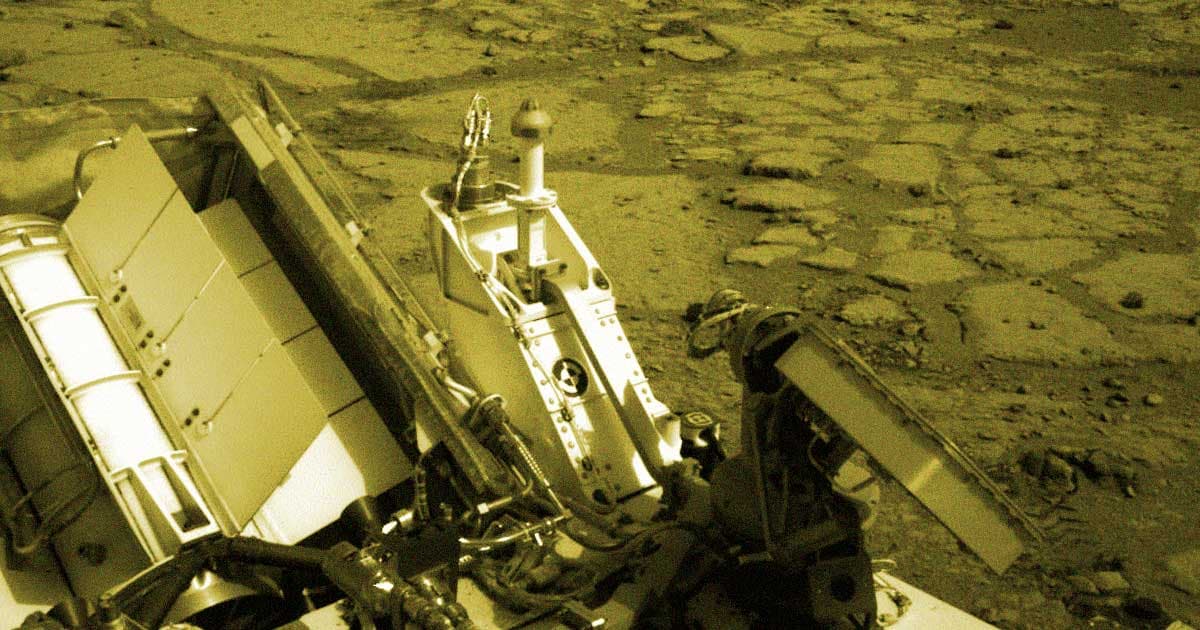 While examining eight-year-old data from NASA's Curiosity Mars rover, scientists have made a tantalizing new discovery: the "total organic carbon," a key ingredient of life, is surprisingly high in the Martian rocks the rover was scanning.

While the organic carbon may have originated from non-living sources, including meteorites and volcanoes, the discovery does lend modest new support to the theory that Mars may have been teeming with life billions of years ago, with an atmosphere allowing for the presence of rivers and entire oceans.

"Total organic carbon is one of several measurements [or indices] that help us understand how much material is available as feedstock for prebiotic chemistry and potentially biology," said Jennifer Stern of NASA’s Goddard Space Flight Center and lead author of a new paper published in the Proceedings of the National Academy of Sciences, in a statement.

In fact, the carbon levels were comparable to some parts of Earth, albeit desolate ones.

"We found at least 200 to 273 parts per million of organic carbon," Stern added. "This is comparable to or even more than the amount found in rocks in very low-life places on Earth, such as parts of the Atacama Desert in South America, and more than has been detected in Mars meteorites."

Curiosity used its Sample Analysis at Mars (SAM) instrument back in 2014, inside of which it baked powdered rock samples, 3.5 billion-year-old mudstone, at high temperatures. The process turned some of the carbon into CO2, which allowed Curiosity to measure carbon isotope ratios, giving scientists insight into the original source of the material.

The samples were taken inside the Gale crater, a site believed to be an ancient Martian lake.

"Basically, this location would have offered a habitable environment for life, if it ever was present," said Stern in the statement.

It's a fascinating discovery that could have notable consequences for our understanding of ancient life on the Red Planet, but that doesn't mean we should get ahead of ourselves.

According to Stern, the likelier scenario is still that the total organic carbon was the result of other non-living processes.

"While biology cannot be completely ruled out, isotopes cannot really be used to support a biological origin for this carbon, either, because the range overlaps with igneous (volcanic) carbon and meteoritic organic material, which are most likely to be the source of this organic carbon," she concluded.

Read This Next
Moon Vacation
NASA Finds Holes on the Moon Where It's Always a Comfortable Temperature
Buh Bye
Russia Says It's Definitely Quitting the ISS But Doesn't Say When Exactly
Muellholland Drive
SpaceX Defector Is Aiming to Land on Mars Before Elon Musk
Pay Up
NASA Seeks Funding to Send Scientists to Space Station
Tada!
NASA Officially Unveils First Set of Dazzling James Webb Images
More on Off World
Florida, We Have ...
Tuesday on the byte
Website Selling Moon Mission Launch Tickets Crashed Almost Immediately
Paw Patrol
Monday on the byte
Space Force Sending in Robot Dogs to Patrol a Space Port
A Decade
Aug 7 on the byte
NASA's Curiosity Rover Celebrates 10th Anniversary
READ MORE STORIES ABOUT / Off World
Keep up.
Subscribe to our daily newsletter to keep in touch with the subjects shaping our future.
+Social+Newsletter
TopicsAbout UsContact Us
Copyright ©, Camden Media Inc All Rights Reserved. See our User Agreement, Privacy Policy and Data Use Policy. The material on this site may not be reproduced, distributed, transmitted, cached or otherwise used, except with prior written permission of Futurism. Fonts by Typekit and Monotype.