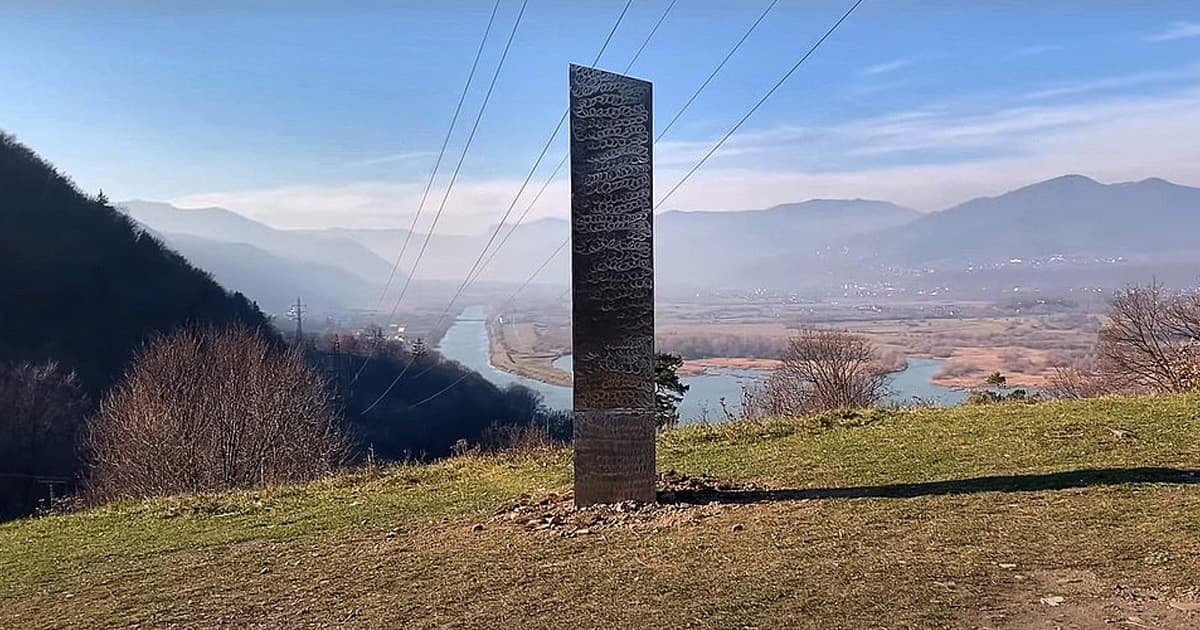 Aliens on a Budget

"It is in a protected area on an archaeological site."

"It is in a protected area on an archaeological site."

As soon as the mysterious twelve-foot metal monolith disappeared from the rocky landscape of Utah, a new one has appeared.

But this one, according to the UK tabloid the Daily Mail, is located in northern Romania, a far cry from the gnarled mesas and rust-colored arches of southern Utah [nice].

"It is on private property, but we still don't know who the monolith's owner is yet." Neamt Culture and Heritage official Rocsana Josanu said in a statement, as quoted by The Daily Mail. "It is in a protected area on an archaeological site."

The monolith was reportedly spotted last Thursday near the city of Piatra Neamt in northeastern Romania near a historic fortress believed to have been destroyed by Romans in the second century AD.

And yep, yet again, we have no idea how it got there or why it exists. Sound familiar?

This particular monolith seems to have been a rush job, or subject to damage — pictures of the installation show a surface marked by uneven circular etchings. The base also shows clear signs of recent digging. If aliens were responsible for this one, they were clearly on a tight budget and turnaround time this time around.

The much-better-buffed monolith spotted in Utah last week had been at the site for at least four years, according to Google Earth satellite imagery.

The New York Times also speculated the Utah monolith may have been the work of late minimalist artist John McCracken — or one of his biggest fans.

Alien Sunburn
Pentagon Whistleblower Hints That Pilots Who Encountered UFOs Had Radiation Burns
11. 9. 21
Read More
How Not What
NASA Scientist: We Should Take UFOs as Seriously as Mars Research
5. 27. 21
Read More
UFO Threat
Former Navy Pilot Says Team Saw Unidentified Objects "Every Day" For Years
5. 14. 21
Read More
+Social+Newsletter
TopicsAbout UsContact Us
Copyright ©, Camden Media Inc All Rights Reserved. See our User Agreement, Privacy Policy and Data Use Policy. The material on this site may not be reproduced, distributed, transmitted, cached or otherwise used, except with prior written permission of Futurism. Fonts by Typekit and Monotype.