"I am worried, frankly." 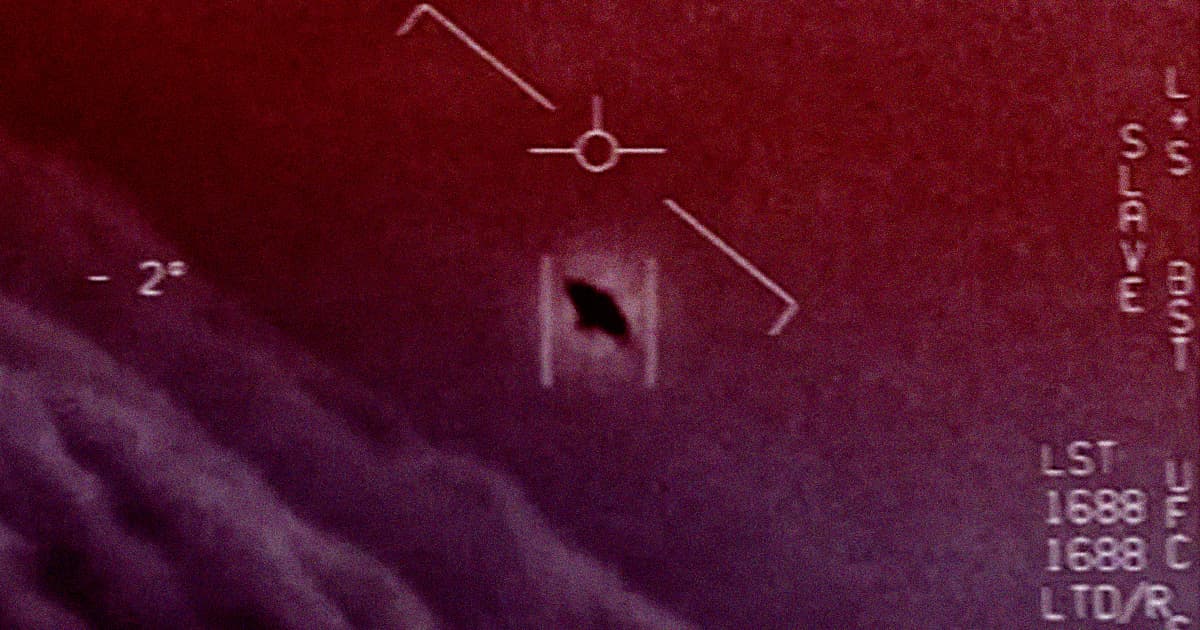 A Pentagon task force is about to release a long-awaited report about "unidentified aerial phenomena," unusual sightings of strange flying objects that appeared to be defying the laws of physics, mystifying military personnel over the last 15 or so years.

It's anybody's guess what the report will or won't reveal, more and more pilots are coming out to publicly talk about what they saw during the years leading up to the report. In the latest instance, former Navy lieutenant Ryan Graves spoke to CBS News in an interview about his own experiences.

Over two years starting in 2015, Graves says he saw strange maneuverable objects flying in a restricted airspace over Virginia Beach.

These weren't just one-off sightings — the retired lieutenant says he encountered the objects every day for almost two years.

Graves isn't the only pilot to have come forward. Ever since The New York Times came out with a bombshell report about a series of unclassified videos of UAPs, members of the Air Force and Navy have spoken publicly about strange sightings of objects that appeared to have defied the laws of physics.

To Graves, the objects could pose an actual threat.

"I am worried, frankly," he told CBS. "You know, if these were tactical jets from another country that were hanging out up there, it would be a massive issue."

He, along with many other pilots who have made similar sightings, face an uphill battle to be taken seriously.

"But because it looks slightly different, we're not willing to actually look at the problem in the face," he said. "We're happy to just ignore the fact that these are out there, watching us every day."

Graves also suggested that it is most likely the sightings are a "threat observation program," and that it's not impossible that Russia or China could be behind it.

One thing is clear: the objects pilots have encountered must be incredibly advanced technology.

"Imagine a technology that can do 600 to 700 G-forces, that can fly 13,000 miles an hour, that, that can evade radar and can fly through air and water and possibly space, and oh, by the way, has no obvious signs of propulsion, no wings, no control surfaces and yet still can defy the natural effects of Earth's gravity," former Department of Defense official Luis Elizondo told CBS. "That's precisely what we're seeing."

More on UFOs: Economics Professor: UFOs Could Be a Big Deal For the Economy

Read This Next
"Hoodwinked"
New Pentagon Group Accused of Trying to "Bury" UFOs Again
Alien Sunburn
Pentagon Whistleblower Hints That Pilots Who Encountered UFOs Had Radiation Burns
Alt Propulsion
NASA, DARPA, MIT Scientists Met to Discuss "Anti-Gravity" Tech
Hmmmmmm
The Pentagon Just Released Its UFO Report
Hiding in Plain Sight
Astrophysicist Says Alien UFO Theories Are Stupid
More on Robots & Machines
From the Dept. of...
12:00 AM on futurism
The Best Wireless Mouse of 2023
Balloon Boy
Yesterday on the byte
Other Chinese Balloons Apparently Flew Over America, But Nobody Noticed Them
From the Dept. of...
Yesterday on futurism
The Best Earbuds Under $50 in 2023
READ MORE STORIES ABOUT / Robots & Machines
Keep up.
Subscribe to our daily newsletter to keep in touch with the subjects shaping our future.
+Social+Newsletter
TopicsAbout UsContact Us
Copyright ©, Camden Media Inc All Rights Reserved. See our User Agreement, Privacy Policy and Data Use Policy. The material on this site may not be reproduced, distributed, transmitted, cached or otherwise used, except with prior written permission of Futurism. Articles may contain affiliate links which enable us to share in the revenue of any purchases made.
Fonts by Typekit and Monotype.