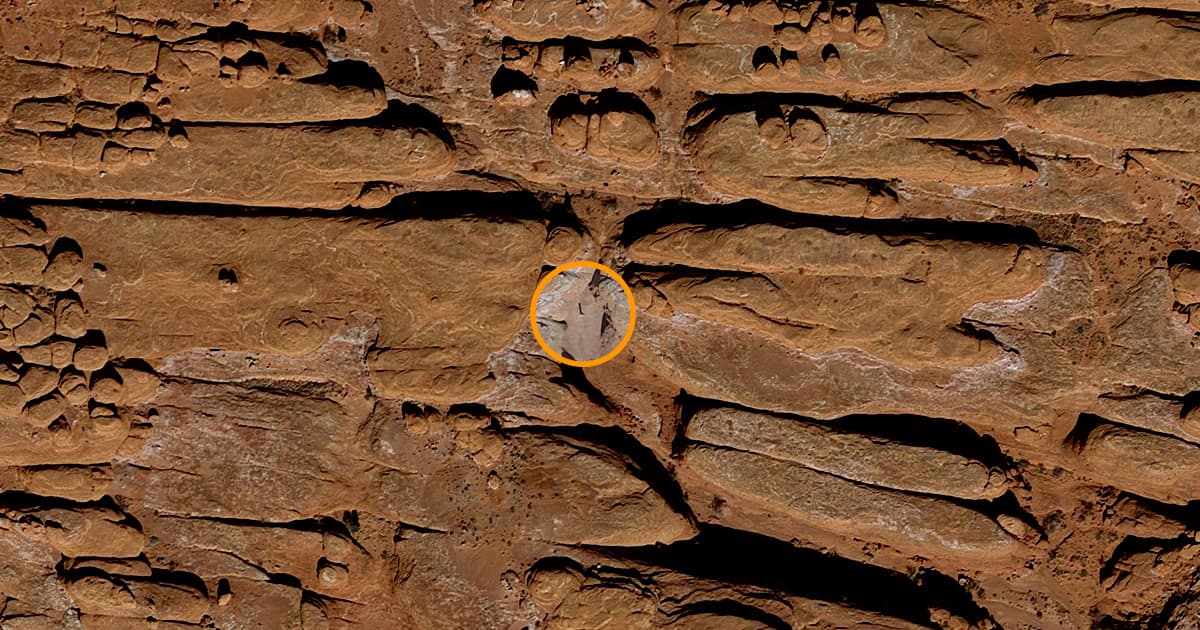 Mysterious Monolith Has Been There For Years, According to Google Earth

Over the weekend, a team of biologists discovered a bizarre metal monolith in the middle of the Utah wilderness, prompting real-world intrigue as well as humorous comparison's to Stanley Kubrick's 1968 film "2001: A Space Odyssey."

It's still a mystery as to who put it there or why — but a group of eagle-eyed Reddit users have already discovered the location of the monolith on Google Earth.

It may only be a matter of time until crowds show up to take a selfie with the unusual construct. But just so we're clear, you probably shouldn't visit — you'd only end up putting yourself and others in danger, not to mention needlessly bothering the nearby wildlife and traveling during a pandemic.

According to Google's archive of satellite imagery, the monolith appears to have been erected at some point between August 2015 and October 2016, and is less than a mile away from what appears to be a trail.

A spokesperson for Utah's Department of Public Safety speculated to The New York Times that it could have been there even longer, telling the paper that for "all we know it’s been installed since the ’40s and ’50s."

"Somebody took the time to use some type of concrete-cutting tool or something to really dig down, almost in the exact shape of the object, and embed it really well,” the spokesperson added. "It’s odd. There are roads close by, but to haul the materials to cut into the rock, and haul the metal, which is taller than 12 feet in sections — to do all that in that remote spot is definitely interesting."

It would be quite the expedition — and not without risks — to get there. According to Google Maps, it's about an hour and a half drive from the nearest highway — with a little more than half a mile of unpaved road to cover at the end of the journey.

The location was initially kept under wraps by authorities to keep nosy trespassers at bay.

"The exact location of the installation is not being disclosed since it is in a very remote area and if individuals were to attempt to visit the area, there is a significant possibility they may become stranded and require rescue," a recent Utah Department of Public Safety statement read.

Officials are now calling for its removal as "it is illegal to install structures or art without authorization on federally managed public lands, no matter what planet you’re from," according to the statement.

More on the monolith: Utah Authorities Say Mysterious Monolith Is Illegal, Even If Aliens Put It There