If You're Traveling For Thanksgiving, You're an Absolutely Terrible Person 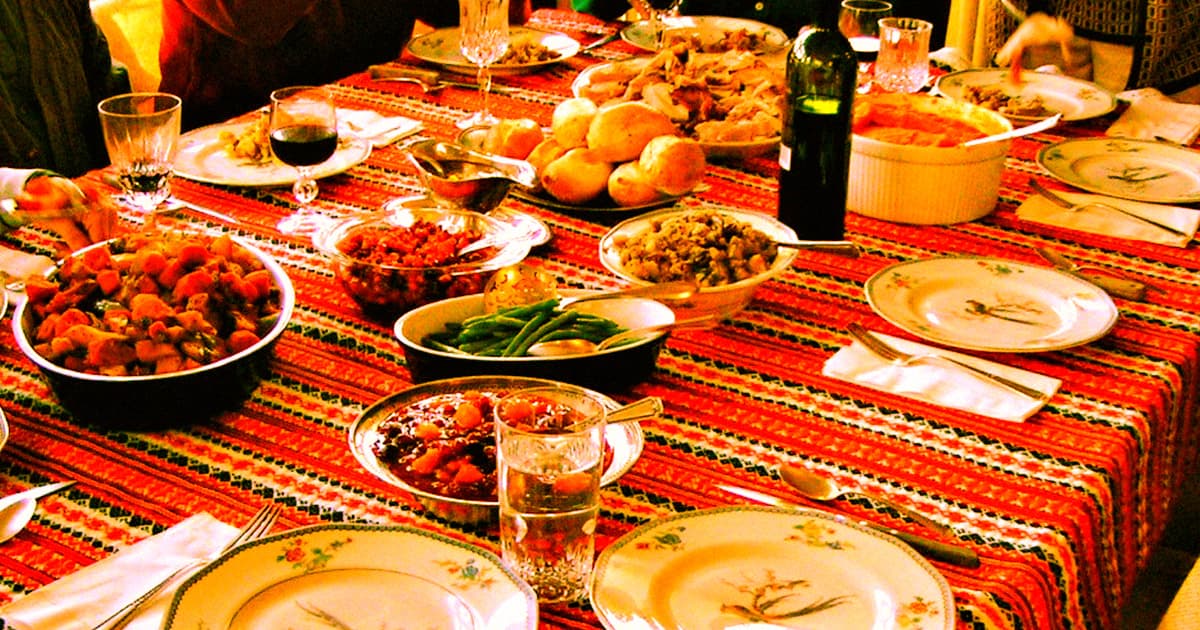 Thanksgiving is right around the corner, and millions of Americans plan to gather with family and loved ones during a pandemic that has already infected 12.4 million and killed 258,000 in the country.

This past Friday through Sunday, about 3 million Americans passed through airports. That's less than half the number of people who traveled at this time last year, but The Associated Press reports that it's the largest volume of travelers since the pandemic first swept through the U.S. in the middle of March.

Let's be clear. If you're traveling out of town for Thanksgiving, you're literally endangering other peoples' lives. Sure, you might get lucky and not spread the virus, but you're absolutely opening up the possibility that you will. You might spread it to your own family, and you might spread it to someone else's. Either one, in our opinion, makes you an absolutely terrible person.

Our humble suggestion: Just stay home this year! Have a nice meal and videochat with grandma — a way to get some face time that has a much lower risk of, well, killing her.

Seriously, look at the data. The U.S. confirmed over 150,000 new cases of COVID-19 on Thursday, CBS reports. That means that in a crowded airport, the odds of encountering someone with the coronavirus are uncomfortably high.

"I mean, those are the things we've got to realize are going to get us into even more trouble than we're in right now," Dr. Anthony Fauci, head of the National Institute of Allergy and Infectious Diseases (NIAID), told CBS.

That's a consensus view among experts. Even with a negative test and the proper two weeks of self-quarantine, traveling increases the chances of someone being exposed to the coronavirus, Fauci told CBS. Therefore, the chances that they then spread it to their whole family at Thanksgiving increase as well.

"I think from an individual household level, what's at stake is basically the increased chance of one of your loved ones becoming sick and being hospitalized and dying," Dr. Henry Walke, the incident manager for the CDC's COVID-19 response, said during a press briefing last week.

He went on to urge that everyone limit their travel — a warning millions are choosing to ignore.

Of course, the powers that be have failed to keep the pandemic — and their messaging about it — under control. Politicians like California Governor Gavin Newsom attended an upscale dinner with lobbyists — indoors and unmasked — and New Jersey Governor Phil Murphy was filmed chiding strangers for not wearing masks as he dined, maskless with his own family. Hypocritical public appearances like that make it difficult to trust or listen to leaders who then turn around and urge everyone to sacrifice their own holidays.

Airplanes are well-ventilated, but that's only while the plane is in motion and the air is running. If the plane is sitting on the runway — to say nothing of crowded airport terminals, where huge crowds become particularly dangerous, and the transit systems people use to get to and from them.

Small, intimate gatherings may not be driving the coronavirus pandemic to the extent many assume, The New York Times reports. But traveling to those gatherings increases the risk for everyone involved.

"There is so much community transmission all over the United States that the chances of you encountering somebody that has COVID-19 is actually very, very high, whether it’s on an airplane, at the airport or at a rest area," Dr. Syra Madad, an infectious-disease epidemiologist for New York City hospitals told the AP.

More on Thanksgiving: If You Plan to Travel for Thanksgiving, You Should Already Be in Quarantine