"We felt that the lines were drawn well enough for us to conduct our independent research." 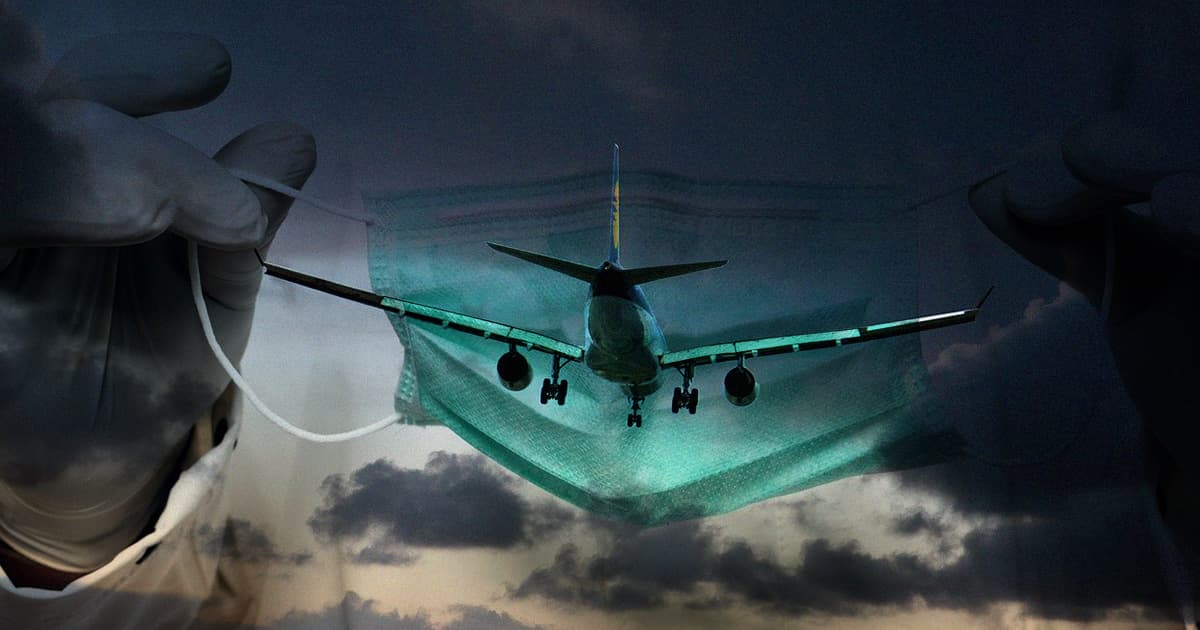 A team of Harvard researchers has concluded in a 187-page report that you're less likely to catch the coronavirus on an airplane than eating at a restaurant, if proper safety measures are maintained.

But there's a heavy duty caveat to the study, The Washington Post reports. It was funded by Airlines for America, a trade group that represents the biggest airlines in the US including American Airlines, United, and Delta. In other words, airlines are paying for research which purports to show that it's safe to fly again.

The report's conclusions also assume that fliers are following safety measures including frequent hand washing and wearing masks at all times, along with proper cleaning and sanitizing procedures carried out by staff. In some countries those might be reasonable premises — but in the United States, where even mask wearing has become a volatile culture war, they're almost certainly not.

The context here, of course, is the air travel industry has imploded during the coronavirus pandemic, with huge swathes of the public choosing not to fly due to the risk of catching the virus. Passenger demand is down 65 percent year over year, according to Reuters.

But Leonard Marcus, the co-founder of the Harvard-affiliated initiative behind the research, defended its objectivity.

"There were open conversations back and forth and we were very adamant about maintaining our independence," he told the Post. "We felt that the lines were drawn well enough for us to conduct our independent research."

It is possible that flying is safer than you'd assume, though. A recent study by the US Defense Department, published on October 15, also found that passengers had an extremely low risk of catching the coronavirus on an airplane. In fact, you'd have to be stuck to a coronavirus-positive passenger for at least 54 hours to receive a dangerous dose, as Post reported at the time.

The study, however, didn't look at the risk of spreading larger droplets while eating or talking. It also, strikingly, ignored the risk of the disease spreading at airports or during passengers' journeys to or from them.

And other research, unsurprisingly, suggest that the rosy picture of air travel these two studies paint is not reflective of the reality.

A recent case study published by the European Union's equivalent of the CDC, for instance, found 13 out of 49 passengers tested positive for COVID after a 7.5 hour Qatar Airlines flight from Doha to Dublin, Ireland, leading to a total of 59 reported cases. The researchers noted that the spread occurred despite passengers not being seated next to one another.

"This outbreak demonstrates the potential for spread of SARS-CoV-2 linked to air travel," the report concluded, calling for "restriction of movement on arrival and robust contact tracing" to "limit propagation post-flight."

Several different reports dating back to September also found that long-haul flights could end up allowing the virus to spread among passengers.

More on COVID: A Third Wave of COVID-19 Is Crashing Over the United States Right Now