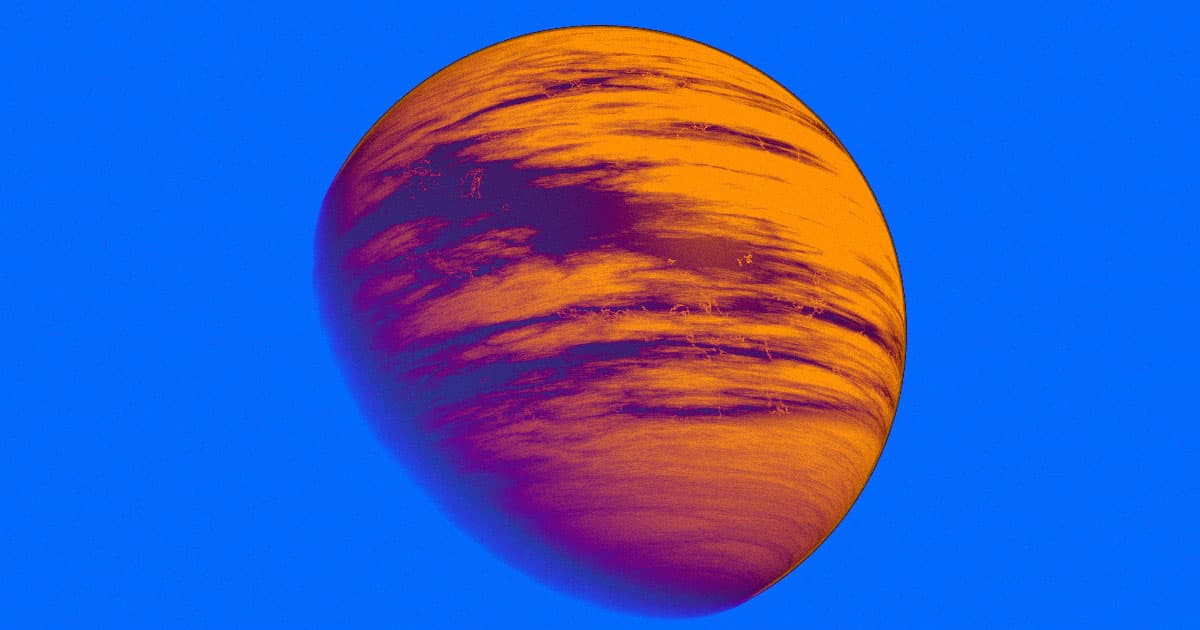 "Mini-Neptune" Exoplanets May Actually Be Covered in Radioactive Oceans

New research suggests that astronomers may have been entirely wrong about a class of exoplanets that they call "mini-Neptunes."

These worlds, which were thought to be smaller versions — just 2.4 Earth radii across — of gas giants like Neptune, may actually be rocky exoplanets covered by thick, deeply-irradiated oceans, according to research by scientists at the Laboratoire d'Astrophysique de Marseille. The study, published last month in The Astrophysical Journal Letters, threatens to break down the barriers between two classes of exoplanets that astronomers previously thought were totally separate.

Studying exoplanets tends to involve a little bit of trickery. Researchers use various imaging techniques to figure out things like a world's density, chemical composition, and whether it has an atmosphere. In the case of mini-Neptunes, most had assumed that their low density and mass meant they were coated in a thick, gassy atmosphere.

Instead, according to the study, some may have oceans of highly pressurized and heated supercritical liquid that's been irradiated by a powerful greenhouse effect. The ocean, just like a gas giant's atmosphere, could account for the low density and mass of the exoplanets.

A separate study published in Astronomy and Astrophysics found that the same irradiated oceans could also exist on slightly-smaller, rocky "super-Earth" exoplanets, as their environments are capable of the same powerful greenhouse effect as the mini-Neptunes.

Much of their calculations still need to be tested and verified through more observations of exoplanets. But if it holds up, the findings suggest that the various worlds out there could be a lot more similar than we thought.