This super-Earth could feature a habitable ocean world beneath a thick layer of hydrogen gas. 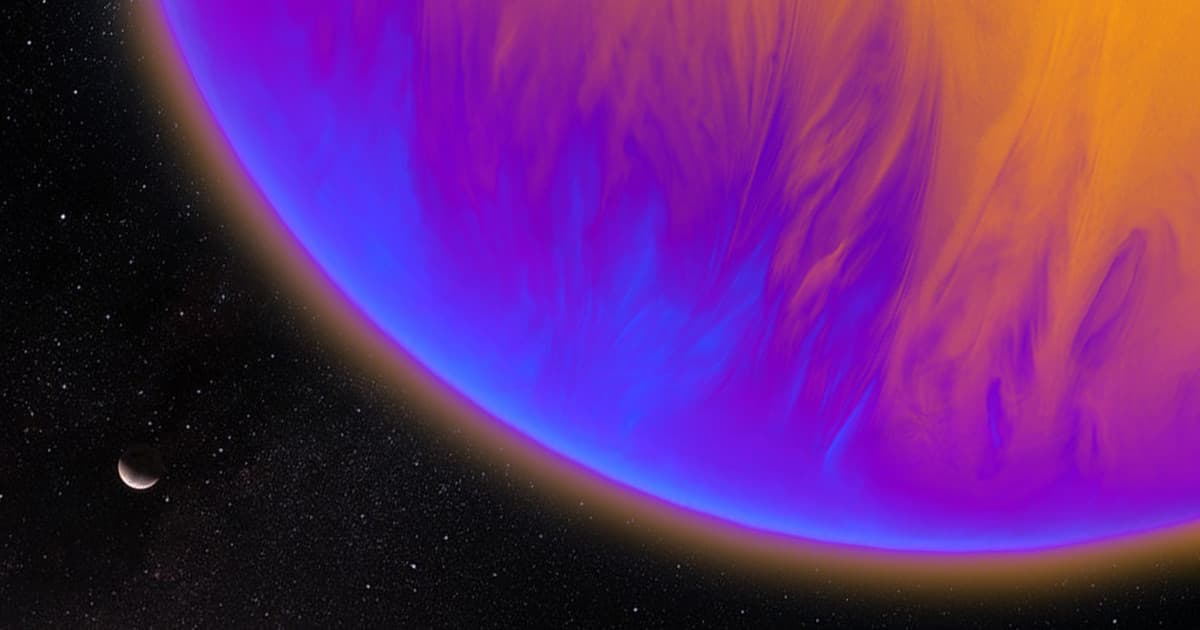 A team of astronomers from the University of Cambridge determined that an exoplanet called K2-18b is capable of holding liquid water at habitable conditions.

The massive planet just 124 light-years away — still in our backyard on a cosmic level — is 2.6 times the radius of Earth and orbits its star within the "habitable zone" — the region in a star system where liquid water can exist. It was first spotted by NASA's planet-hunting Kepler space telescope in 2015.

Last year, two different teams of astronomers independently concluded that there are significant amounts of water vapor in the planet's hydrogen-rich atmosphere.

But they still didn't know if the conditions underneath all that hydrogen were right for life to exist. If there's too much hydrogen, temperature and pressure underneath would be way too high to support life.

"Water vapor has been detected in the atmospheres of a number of exoplanets but, even if the planet is in the habitable zone, that doesn't necessarily mean there are habitable conditions on the surface," Nikku Madhusudhan from Cambridge's Institute of Astronomy, who led the new research, said in a statement.

"To establish the prospects for habitability, it is important to obtain a unified understanding of the interior and atmospheric conditions on the planet — in particular, whether liquid water can exist beneath the atmosphere," he added.

The team modeled different conditions using data about the interior of the planet to find out how thick the layer of the hydrogen gas could be while still being able to support life below.

They found that if the hydrogen layer represented anywhere between one millionth of the planet by mass — similar to Earth's atmosphere — all the way up to six percent of the planet's mass, the planet's surface could still be habitable.

"A number of scenarios allow for an ocean world, with liquid water below the atmosphere at pressures and temperatures similar to those found in Earth's oceans," reads the statement.

READ MORE: Life Could Evolve on Tiny Planets With 3% of Earth’s Mass

Read This Next
So Close But So Far
Astronomers May Have Spotted a New Planet Around the Nearest Star
Against All Odds
If the Readings Are Right, There's Something Very Strange About This Exoplanet
Snap
Scientists Just Took an Actual Picture of a Planet in Another Star System
A Bit On the Nose
An Earth-Sized Planet Is Floating Around Without a Star
Howdy Alien Neighbor
New Research: Closest Exoplanet to Earth Could Host Life
More on Hard Science
Moved to Tears
Jun 30 on the byte
Scientists Say New James Webb Images Are So Powerful That It Was Emotional Just Looking at Them
Good God
Jun 28 on the byte
Huge Cloud of Toxic Yellow Gas Kills 13
zombie star
Jun 28 on futurism
Scientists Puzzled by Star That Exploded in Supernova But Somehow Survived
READ MORE STORIES ABOUT / Hard Science
Keep up.
Subscribe to our daily newsletter to keep in touch with the subjects shaping our future.
+Social+Newsletter
TopicsAbout UsContact Us
Copyright ©, Camden Media Inc All Rights Reserved. See our User Agreement, Privacy Policy and Data Use Policy. The material on this site may not be reproduced, distributed, transmitted, cached or otherwise used, except with prior written permission of Futurism. Fonts by Typekit and Monotype.