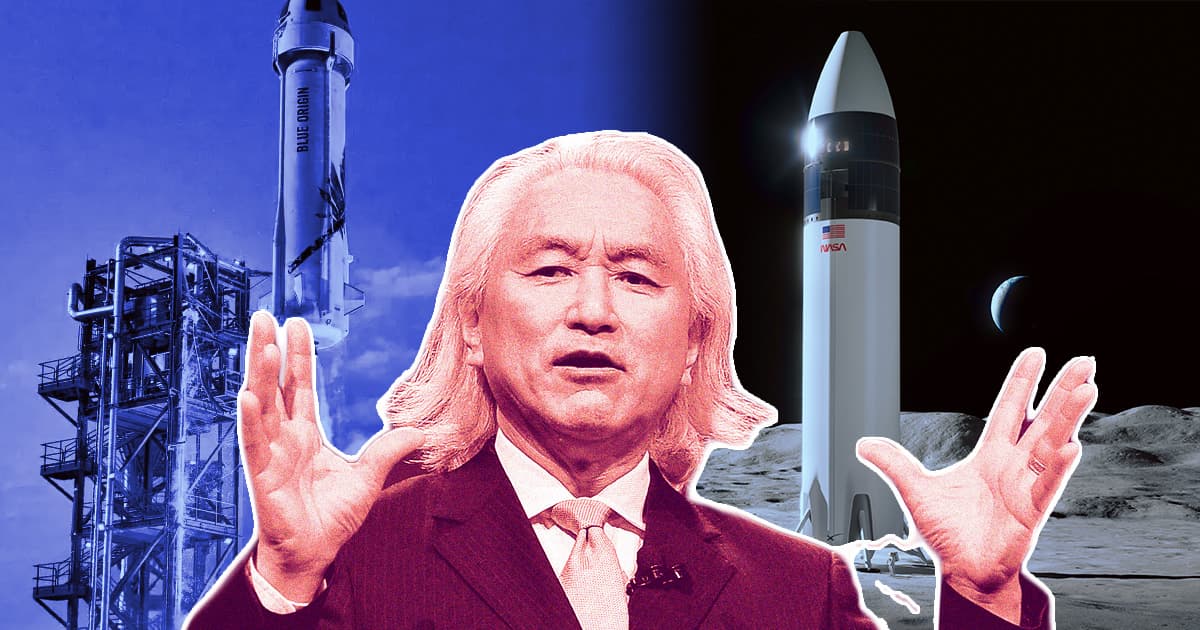 "SpaceX has a tremendous lead over Blue Origin."

"SpaceX has a tremendous lead over Blue Origin."

It's no secret that SpaceX is several steps ahead of its competition — to put it lightly.

The Elon Musk-led company has sent multiple crews of astronauts into orbit, and is making significant progress on developing a heavy launch vehicle capable of sending the first humans in decades to the surface of the Moon. Blue Origin, in contrast, has only sent two crews of tourists to an altitude of just several miles above the Karman line, the internationally agreed-upon boundary of space at 62 miles.

And that kind of significant head start hasn't gone unnoticed.

"It's not head-to-head like the media would like to portray, you know, the battle of the billionaires," famed theoretical physicist Michio Kaku told Fox Business during a televised interview today. "SpaceX has a tremendous lead over Blue Origin."

"They've been around the Earth several times, they go to the space station," he continued. "In fact, the last launch that they had went even past the Hubble Space Telescope; that's how far it went into outer space."

The capsule was orbiting the planet at an altitude of 366 miles, higher than the International Space Station, Hubble, and "honestly higher than any humans other than those who went to the Moon," as Andy Tran, a SpaceX production supervisor, told The New York Times last month.

Blue Origin's two flights, however, didn't go nearly as far, reaching the only outer limits of the Earth's atmosphere and nowhere near orbit.

Earlier today, the company sent "Star Trek" actor William Shatner to the far reaches of our planet's atmosphere as part of the company's latest launch.

"So none of this, going up for three minutes and coming back down," Kaku remarked. "No, we're talking about the Moon now."