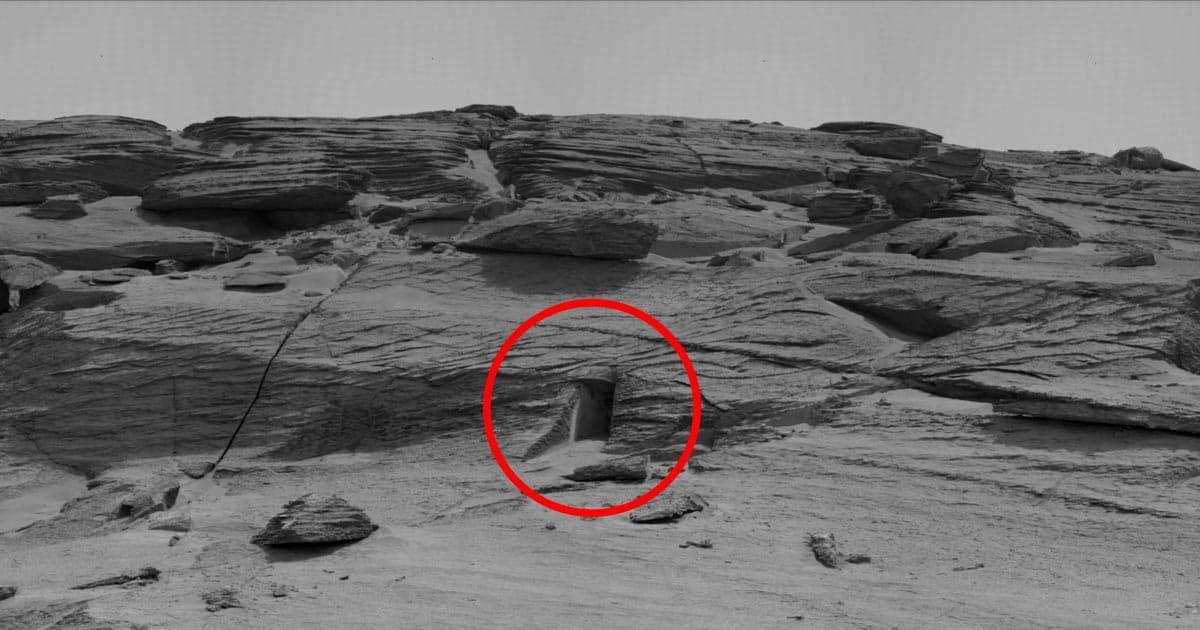 Bad News! That "Door" on Mars Doesn't Look Like Much When Zoomed Out

It's apparently "just a gap" — but we're still gonna mind it.

It's apparently "just a gap" — but we're still gonna mind it.

Apparently that photo of a "door" on the surface of Mars was cropped just so to make it seem like something much cooler than it really is.

Over the weekend, a photo from NASA's Curiosity Mars rover went viral because it depicted what appeared to be a rectangular doorway cut into the Red Planet's Mount Sharp. Though Mars Science Laboratory project scientist Ashwin Vasavada assured Gizmodo that it was nothing more than a naturally-forming rock formation in ancient sandstone, some true believers weren't convinced.

Since the photo of the "doorway" went viral, professional debunker Mick West has posted the zoomed-out photos of Mount Sharp taken by Curiosity — and, unsurprisingly, it doesn't look like much of anything from that perspective.

The "door" on Mars, in a much wider context. It's just a gap in a fractured rock outcrop. pic.twitter.com/P3KQw8b17M

This isn't the first time in recent months that space photos have been misleading. Remember when the Chinese space program trumpeted an alleged cube found on the Moon? It was literally just a rock.

All the same, it's very unlikely that UFO enthusiasts are going to take the word of a professional skeptic like West to shoot down their theories. And the same week that the Mars "door" photo went viral, scientists did indeed publish a study that could have huge implications for finding life on the fourth rock from the Sun.

And really, at the end of the day, who doesn't want to believe?

More on Mars: NASA Is Now Running Into Serious Issues With Its Mars Helicopter