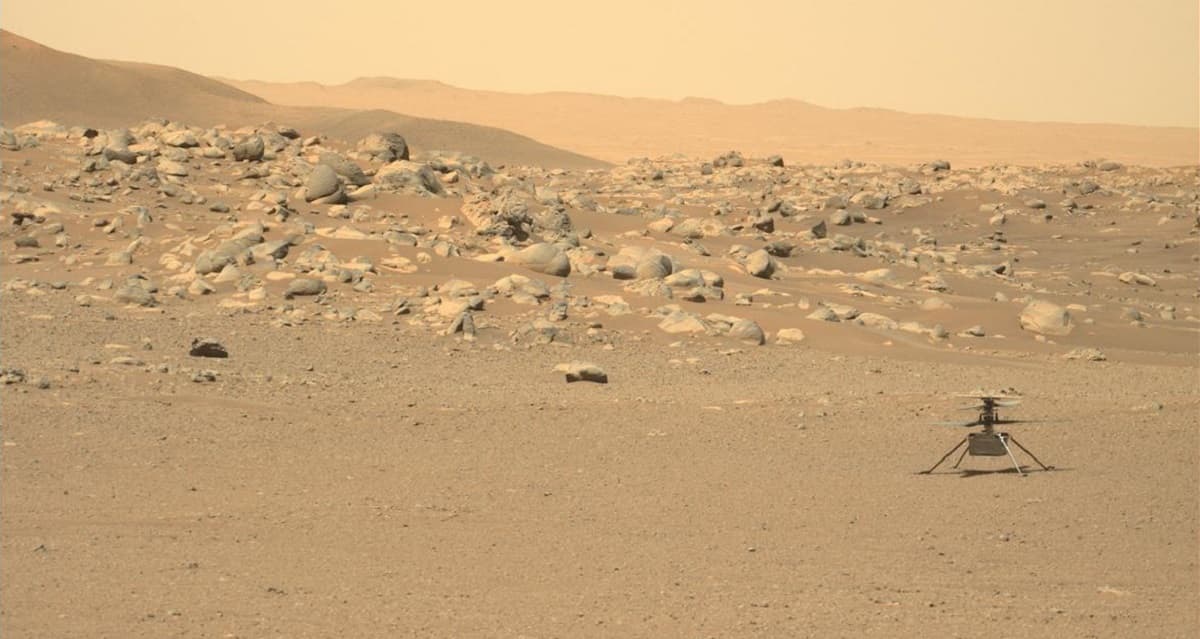 NASA Is Now Running Into Serious Issues With Its Mars Helicopter

Off and On Again

NASA's plucky little Mars helicopter is once again having issues — and though an ingenious workaround may have given it an extended lifespan, its days are likely numbered.

In an update about the Ingenuity helicopter, NASA noted that its Jet Propulsion Laboratory out of CalTech lost contact with the chopper last week when dust buildup on its solar arrays made it difficult for the diminutive rotorcraft to recharge and to communicate with the Perseverance rover with which it traveled to the Red Planet.

In a stroke of what can only be described as ingenuity, though, NASA realized that turning off Perseverance for a day may allow it to hone in on Ingenuity's signal as it rebooted when the Sun rose on Mars — and the gambit paid off, with the bonded pair making contact as hoped.

Unfortunately, as NASA put it in its blog post about the experiment, "one radio communications session does not mean Ingenuity is out of the woods."

As Mars enters its 10-week winter, the dust accumulation issue will continue to present significant challenges because, if and when such a shutdown occurs again, Ingenuity will have trouble heating itself up in the Red Planet's ubercold winter, which can get as chilly as negative 112 degrees Fahrenheit.

To head off further shutdowns, NASA devised a plan that will allow the tiny helicopter to accumulate battery charge when the Sun is up and use less battery when it's down by lowering the threshold for when it turns on its heaters during Mars' cold winter nights.

That said, NASA has for months now been looking towards the unfortunate date that the beloved four-pound helicopter, which has vastly already outlived its life expectancy, sends its final transmission.

It may not be time for Ingenuity to become so much stardust just yet. But, like us, its inevitable march towards death creeps ever closer.