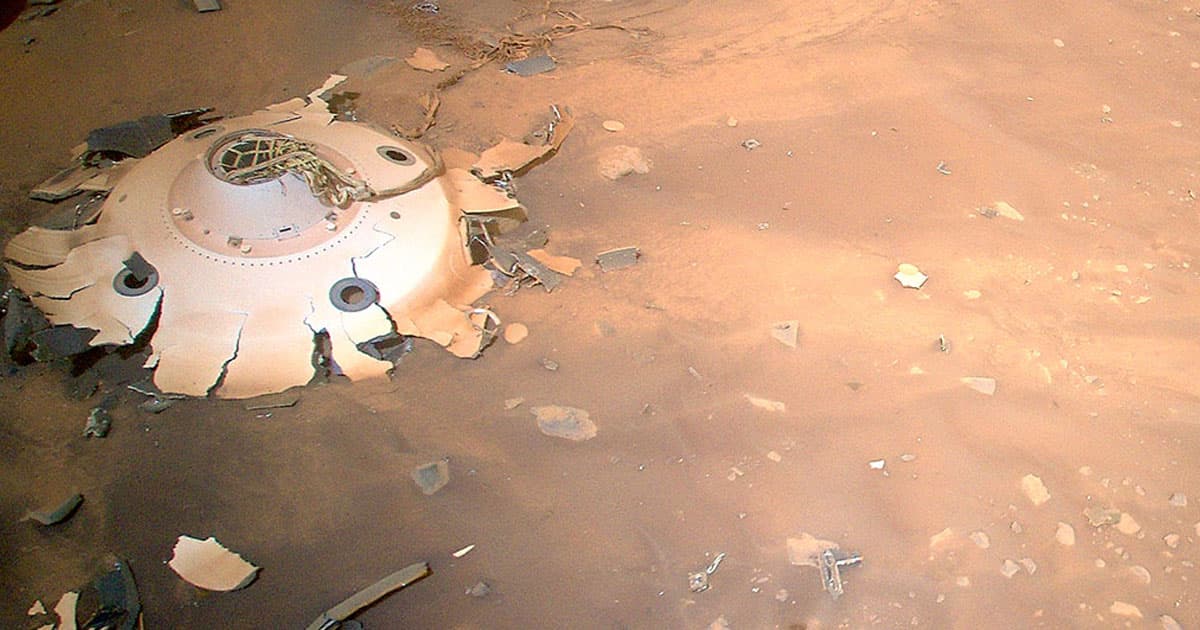 The images could help NASA safely land upcoming missions and even astronauts on Mars in the future.

The images could help NASA safely land upcoming missions and even astronauts on Mars in the future.

NASA’s Mars Ingenuity helicopter has gone far and beyond its original task of completing five flights on the surface of the Red Planet.

During the flight, which took place last week, the four pound helicopter spotted the parachute and backshell that protected it and the Perseverance rover during their treacherous reentry in February 2021.

“If they either reinforce that our systems worked as we think they worked or provide even one dataset of engineering information we can use for Mars Sample Return planning, it will be amazing,” he added. “And if not, the pictures are still phenomenal and inspiring.”

Ingenuity’s latest trip, its 26th in just over a year, goes to prove how aerial photography could revolutionize off-planet exploration, or even improve NASA’s chances of safely landing upcoming return sample missions — not to mention astronauts — on the Martian surface.

Images taken by the drone show the remains scattered over an entire area. The debris field on the surface of another planet — apart from looking cool as hell — could also be used to inform how to safely land NASA’s next Mars lander.

The backshell, for instance, shows that it still has its protective white coating. Suspension lines connecting it to the parachute also are seemingly still intact, according to NASA.

The tenacious copter could even be used to scout for potential landing sites for NASA’s upcoming Mars Sample Return mission.