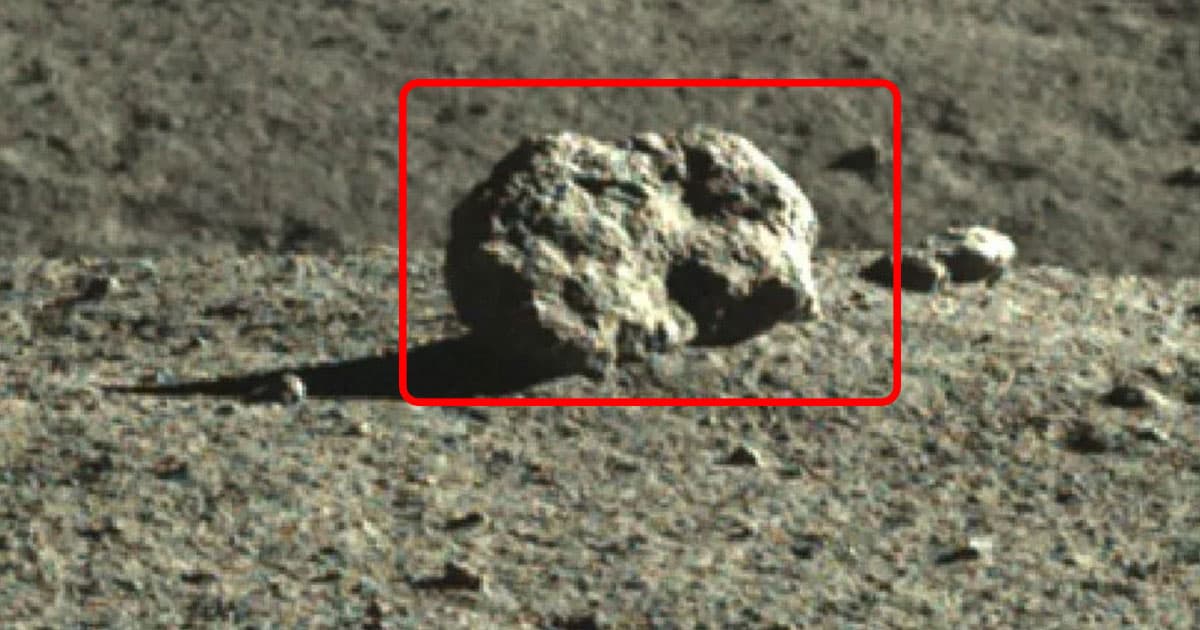 It was just a month ago that the world was introduced to what appeared to be a bizarre cube on the Moon — and just like that, now it turns out the object was little more than an optical illusion.

As SpaceNews correspondent Andrew Jones tweeted, the latest Chinese images of the "Moon Cube" from closer up now show that the mysterious object appears to be... well, a perfectly normal Moon rock. Sorry, folks. Sometimes space is boring.

Oh, this is amazing. Close to tears. Ourspace has published an update on the "mystery hut" and it's so underwhelming it's brilliant. It's just a small rock on a crater rim that they're now calling "jade rabbit" for its appearance. Source: https://t.co/frrMKH7RWM https://t.co/GFCIRzqmDu pic.twitter.com/jpDLDS8TZu

The latest photos of the "mystery hut," as it was originally known in Chinese media, show that this relatively small rock sitting on the edge of a lunar crater isn't extraordinary in any way — and as the SpaceNews reporter wrote, the newly-dubbed "jade rabbit" is "so underwhelming it's brilliant."

"The Moon's surface is 38 million square kilometres of rocks, so it would have been astronomically exceptional for it to be anything else," Jones wrote in a subsequent tweet. "But while small, the jade rabbit/玉兔 rock will also be a monumental disappointment to some."

Before this underwhelming discovery, conspiracy theories about the Moon Cube abounded, with netizens half-jokingly comparing it to the scourge of monoliths that plagued Earth in the first pandemic summer, and others still advising the Chinese Yutu 2 rover to "go back in the other direction" and avoid it as if contaminated.

There was always a great likelihood that the cube was going to be a plain ol' rock. But this does, if nothing else, set a hilarious tone for what's gearing up to be a huge year in space exploration.

More on the Moon Cube: Chinese Rover Exploring What Appears to Be Cube-Shaped Object on Moon