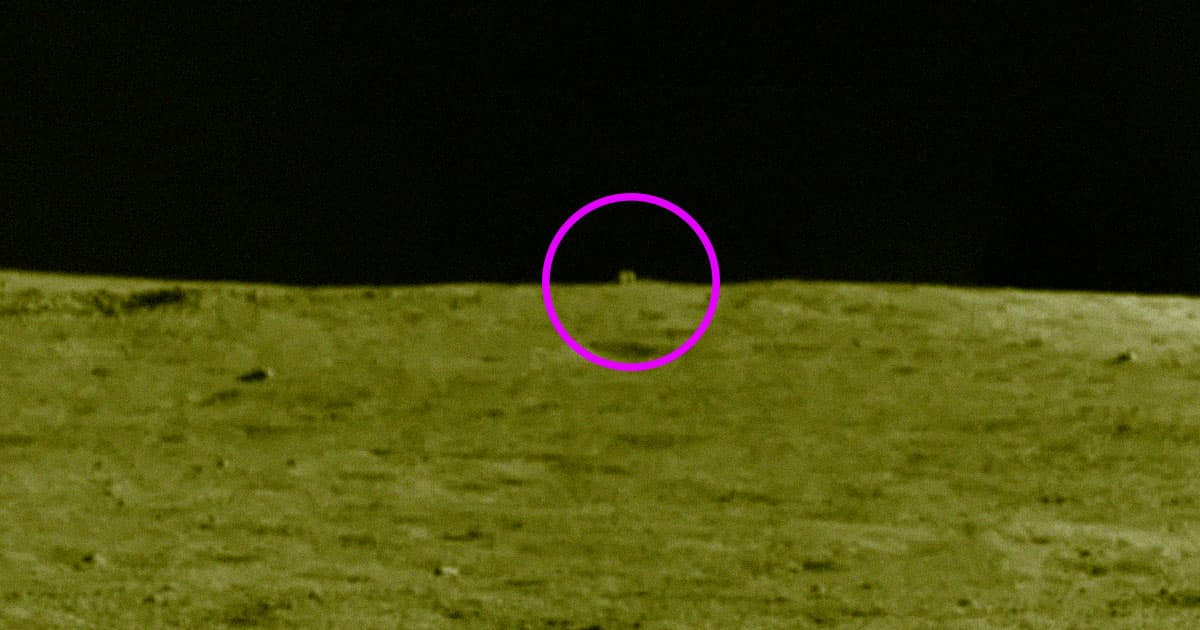 China spotted what it's calling a "mystery house" on the surface of the Moon — what appears, in a grainy photo taken by the country's Yutu-2 rover, to be a cube-shaped object on the horizon.

While scientists mostly agree that it's probably just the remnants of a meteor impact — the rover's surroundings are practically covered in impact sites — that hasn't stopped galaxy-brained netizens from coming up with their own theories.

Many of the are a bit of a reach, to put it lightly. In other words, it's just another day on the internet.

"Canada beat us all to lunar habitation and set up an ice fishing shack," one Redditor offered.

"By the time Elon shows up he’ll find a Tim Hortons every two kilometers," another added.

Others advised to get the hell away.

"Turn around, go back in the other direction," one Redditor warned. "Pretend you never saw it. DO NOT ENGAGE THE MOON CUBE."

But more than anything, people reminisced about that time mysterious monoliths kept popping up everywhere last summer.

Did pioneering artists bring their next monolith creation to the surface of the Moon? Or are we all staring at bits of lunar rock, letting our imaginations run wild after a too-long pandemic?

Fortunately, China is planning to send Yutu-2 to investigate, so we'll hopefully find out sooner rather than later.

And the answer may well be disappointing. When Yutu-2 discovered a strange "colored, gel-like" substance on the far side of the Moon, it later turned out to be impact glass that formed as a result of a meteor impact.

So perhaps don't get your hopes up.

More on the cube: Chinese Rover Exploring What Appears to Be Cube-Shaped Object on Moon