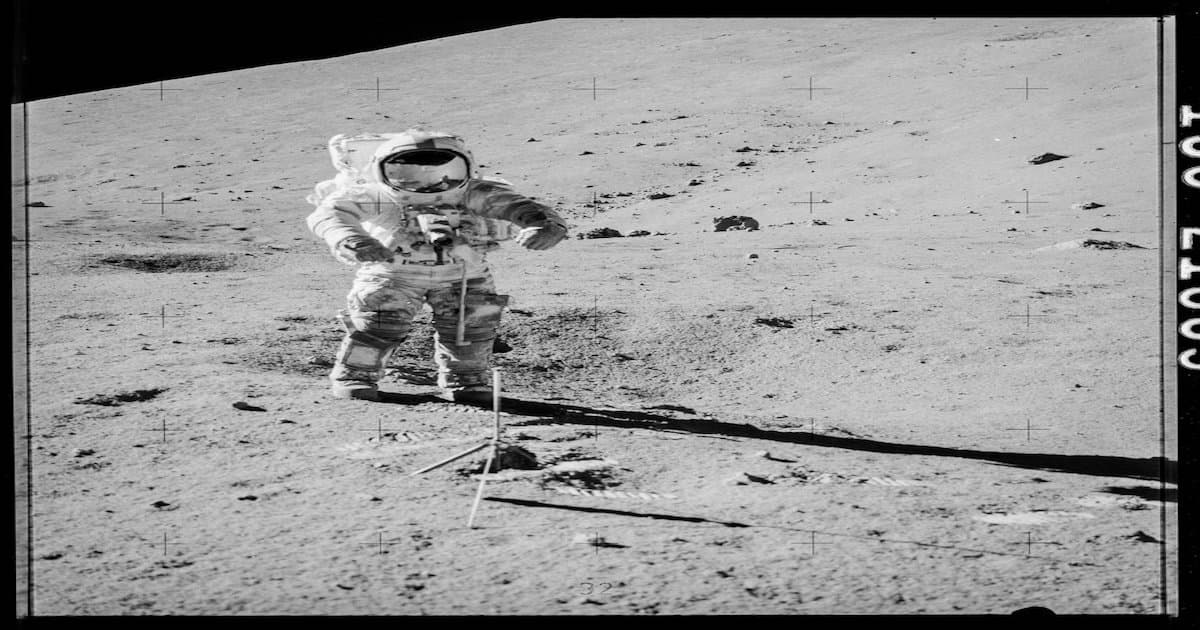 Scientists at the European Space Agency (ESA) are opening a 50-year old Christmas present from the Moon this month, according to a new ESA press release.

On Thursday, the ESA announced that a team is ready to use the specially-built piercing tool to open a Moon soil container from the 1972 Apollo 17 mission — NASA's final trip to the Moon to date. The opening will allow the extraction of precious lunar gases which may have been preserved in the sample.

"The opening and analyses of these samples now, with the technical advancements achieved since the Apollo era, can enable new scientific discoveries on the Moon," Francesca McDonald, science and project lead of ESA’s contribution to ANGSA said in the release." This can also inspire and inform a new generation of explorers."

This is the first time the ESA has been involved with opening Apollo Moon soil samples, according to the release.

Astronaut Gene Cernan collected the sample on the Moon from a "landslip deposit" that cascaded down into the Taurus-Littrow Valley, a geological feature near the team's landing site. Cernan hammered a 70 cm cylindrical tube into the surface to extract a core sample of the lunar soil.

The ESA jokingly calls the puncturing tool it built over 16 months the "Apollo can opener," and hopes to learn lessons that will assist in future missions to both the Moon and Mars. Learning more about the Moon's surface, the gas available on Earth's satellite, and how best to contain and return samples could even help with NASA's upcoming Artemis Artemis and the ESA’s lunar exploration initiative known as Prospect.

We hope the findings inside are more exciting than the "Moon cube," which is likely just a rock, but we'll be checking up on the news either way. A 50-year-old Moon sample is just too cool to ignore, even if nothing new or shocking is discovered.