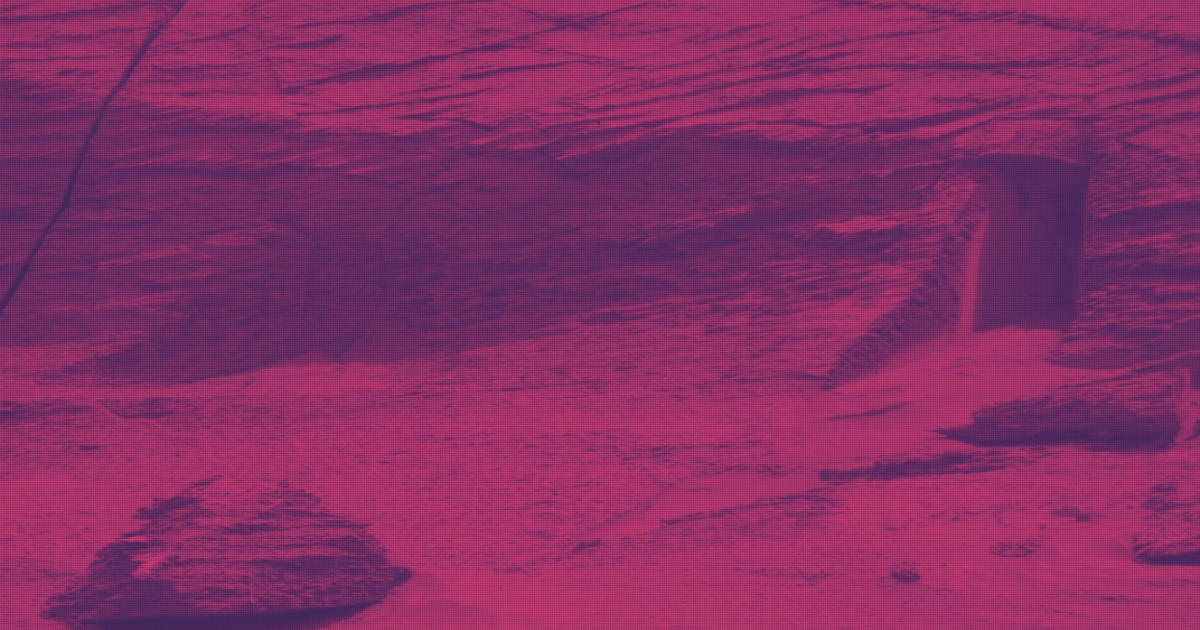 It looks like a tiny doorway that leads to an underground Martian tomb — but it’s probably just old sand.

NASA’s Curiosity rover has been studying Mars’ surface features for just more than 10 years and observed a foot-high topographical feature on Mount Sharp last week. A photo of the area was published on NASA’s public gallery page.

Ashwin Vasavada, a project scientist in the Mars Science Laboratory, told Gizmodo in a report published today that the region was formed by ancient sand dunes that created sandstone outcroppings over time. The “door” is most likely a small fracture.

“I think what we have here [is] either two vertical fractures, where the middle piece has been removed, or one vertical fracture, and the blocks have moved apart a little bit,” Vasavada told the outlet.

The photo was taken from the rover’s mastcam, which NASA says gives the rover’s images a “human-scale view.”

Vasavada’s expert opinion about the doorway isn’t fooling the real truthers out there — UFO enthusiasts. Conspiracies are already spreading online, and they’re pretty entertaining. One Twitter user claims there’s a painted skull inside the “doorway” and one “enhanced” image purports to show a little man inside. Of course, those narratives conveniently leave out the ole’ “Moon cube” and space slug that both turned out to be nothing.

While we’d love to learn the Shire’s Hobbits were really just JRR Tolkien predicting the future and that there are little men on Mars, that’s probably not the case. But hey, according to SpaceX, we’ll get to check for ourselves sometime within the next decade.

More on off-world news: Boeing’s Attempt to Compete With SpaceX Is Even More Cursed Than We Thought