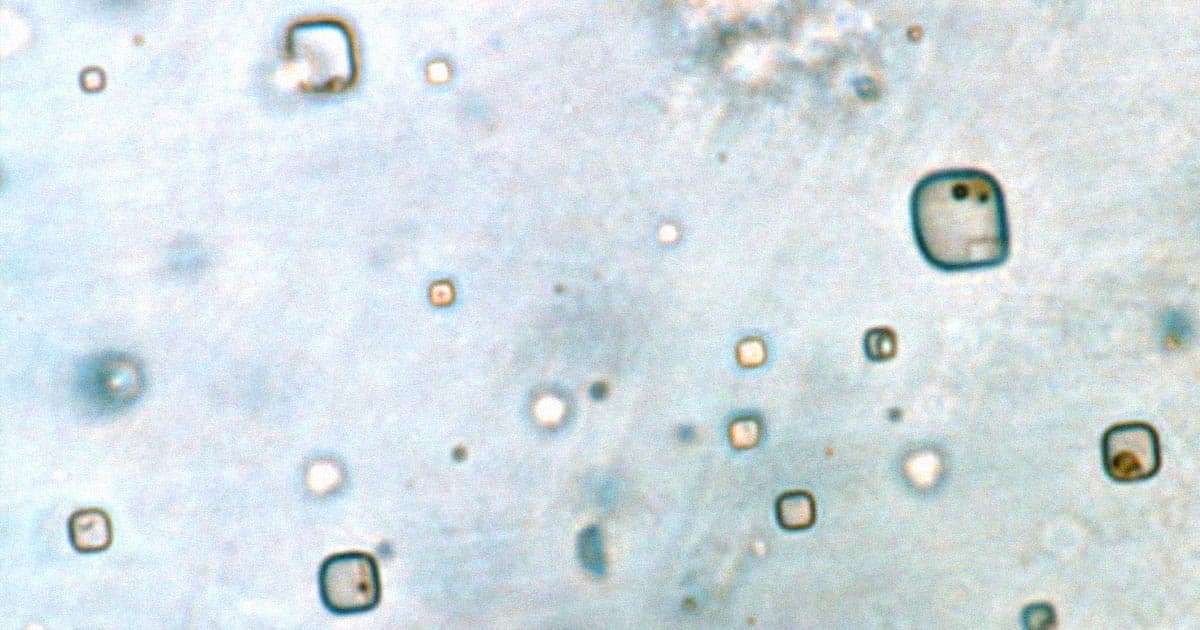 They're single-celled and ready to mingle.

They're single-celled and ready to mingle.

We don't wanna freak you out, but West Virginian scientists may have found a life form more than 800 million years old.

In a new paper published in the journal Geology, West Virginia University geologists say that some of the microorganisms found inside the Browne Formation, an 830 million-year-old rock found in the Australian desert, may still be alive — and if they are, it could help us find life on Mars, to boot.

Taking a piece of the Browne Formation, which includes halite salt crystals, the WVU researchers found organic liquids and solids using non-invasive optical techniques. Within those substances, they then found single-celled organisms known as prokaryotes, which have been discovered in the past to survive hundreds of millions of years when trapped inside salt crystals like the one inside that particular ancient rock.

Did you know that bedded halite is capable of staying well-preserved for over 800 million years? This is a core slab from the Neoproterozoic Browne Formation of central Australia. #SaltSaturday pic.twitter.com/yGeAda4rE0

The researchers noted in their paper that although "possible survival of microorganisms over geologic time scales is not fully understood," the Browne prokaryotes, if found to definitely be alive, could have huge implications for the search for life on Mars, where rock compounds similar to the Browne Formation are abundant.

While this wouldn't be the first still-living organism found within a hundreds of millions of years old halite crystal — that distinction goes to a bacterium extracted by researchers in the year 2000 — the Browne Formation prokaryotes would be the oldest living things on Earth discovered so far.

There's obviously additional research that needs to be done before we figure out if the microorganisms trapped in that ancient crystal are indeed still alive — but if and when we discover they are, it will no doubt be a huge freakin' deal.

Just Keep Swimming
Scientists Built a Tiny Treadmill for Microscopic Water Creatures
8. 19. 20
Read More
Contentious Results
Former NASA Scientist "Convinced" We Already Found Life on Mars
10. 10. 19
Read More
Scientists Have Discovered a New Form of Matter Called "Excitonium"
12. 10. 17
Read More
+Social+Newsletter
TopicsAbout UsContact Us
Copyright ©, Camden Media Inc All Rights Reserved. See our User Agreement, Privacy Policy and Data Use Policy. The material on this site may not be reproduced, distributed, transmitted, cached or otherwise used, except with prior written permission of Futurism. Articles may contain affiliate links which enable us to share in the revenue of any purchases made.
Fonts by Typekit and Monotype.