“This is a completely new way of studying life in the ocean.” 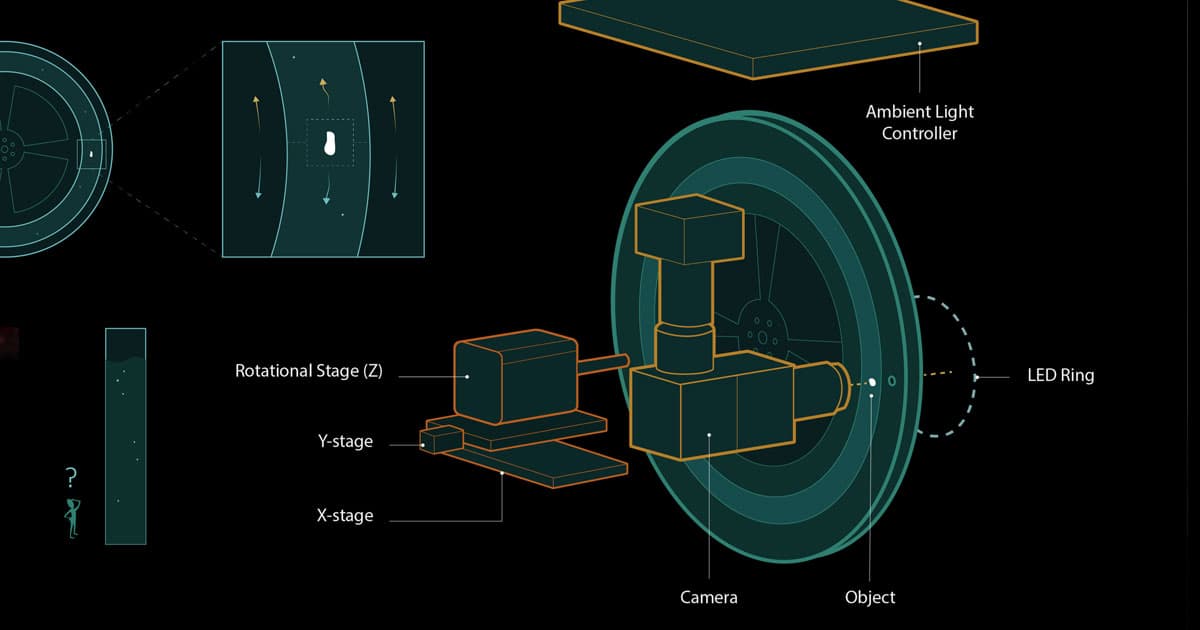 A team of Stanford researchers have created a tiny "hydrodynamic treadmill," essentially an endless loop of water, to closely observe the behavior of marine microorganisms.

"This is a completely new way of studying life in the ocean," Deepak Krishnamurthy, Stanford mechanical engineering PhD student, and first author of the paper published in Nature Methods on Monday, said in a statement.

"It opens scientific possibilities we had only dreamed of until now," Stanford bioengineering professor and research lead Manu Prakash added.

The idea is to study how the organisms behave in a virtually endless stretch of water — which is impossible to do by looking at a small dish with a microscope.

"How do we get closer to the native behavior of a microscopic object, and give it the freedom that it deserves because the ocean is so large a space and extremely vertically oriented?" Prakash asked in the statement.

"We haven’t had the opportunity to observe this life in its own habitat... or the last 200 years, we’ve been doing microscopy with confinement," Prakash explained to TechCrunch. "You’d have to have a kilometer-long tube if you wanted to track an organism over a kilometer."

As the tiny critters make their way through the loop of water, a camera keeps track of their movement while the treadmill itself moves to keep them in frame.

So far, the team has deployed one of the instruments at Stanford’s Hopkins Marine Station in Monterey, one in Puerto Rico, and one on board a research ship off the coast of Hawaii.

"It’s fair to say that every time we have put an organism into this instrument, we have discovered something new," Prakash told TechCrunch. For instance, they observed how the tiny microorganisms are affected by gravity. "They’re all aware of gravity, and they all care about gravity."

They observed how a variety of sea creatures frequently changed their swimming motion, occasionally hovering in place. They also observed how single-celled organisms behaved while swimming vertically.

The team even discovered how a microorganism with no swimming appendages in Puerto Rico was able to bob up and down.

"It’s as if someone told you a stone could float and then sink and then float again," Krishnamurthy said in the statement.

More on microorganisms: Astronomers Want to Use Bacteria to Mine Space Rocks

Read This Next
Contentious Results
Former NASA Scientist "Convinced" We Already Found Life on Mars
Futurism
Scientists Just Discovered Organisms That Are Distinct From Any Life Forms Known to Science
Futurism
Study Reveals Earth Has 1 Trillion Species, Only 0.001% Are Known
Futurism
There Will Be More Plastic Than Fish in Our Oceans by 2050
More on Hard Science
Moved to Tears
3:46 PM on the byte
Scientists Say New James Webb Images Are So Powerful That It Was Emotional Just Looking at Them
Good God
Tuesday on the byte
Huge Cloud of Toxic Yellow Gas Kills 13
zombie star
Tuesday on futurism
Scientists Puzzled by Star That Exploded in Supernova But Somehow Survived
READ MORE STORIES ABOUT / Hard Science
Keep up.
Subscribe to our daily newsletter to keep in touch with the subjects shaping our future.
+Social+Newsletter
TopicsAbout UsContact Us
Copyright ©, Camden Media Inc All Rights Reserved. See our User Agreement, Privacy Policy and Data Use Policy. The material on this site may not be reproduced, distributed, transmitted, cached or otherwise used, except with prior written permission of Futurism. Fonts by Typekit and Monotype.