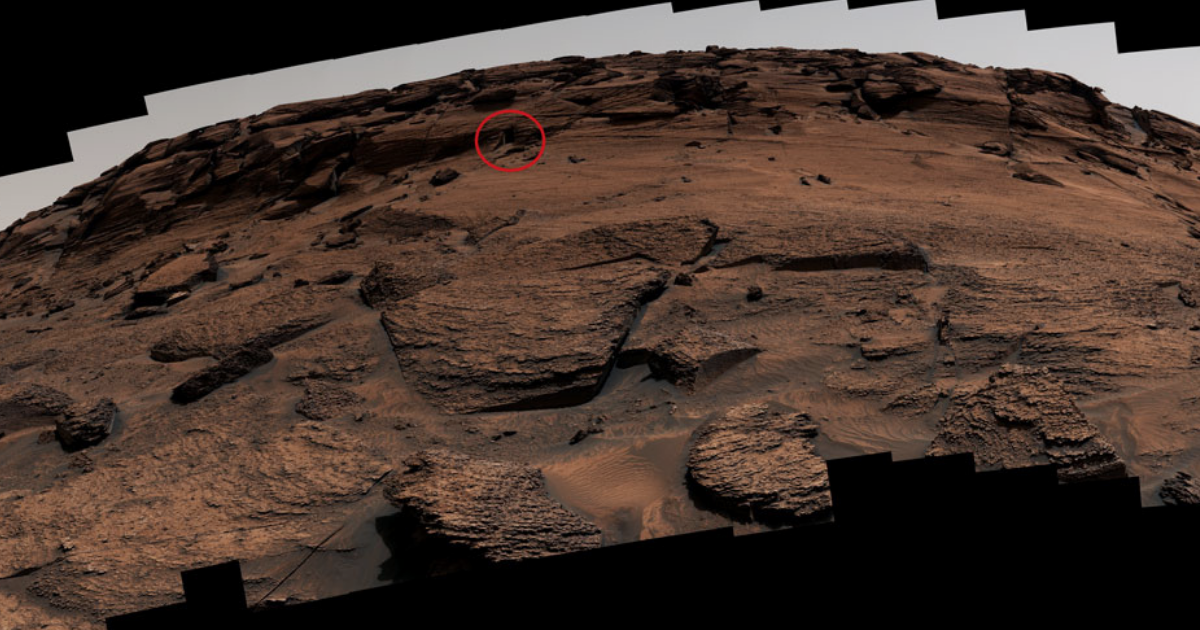 It Turns Out That "Door" on Mars Is Hilariously Tiny

Unless you have Alice's Wonderland potion that shrinks humans to a tiny size, it's unlikely any of us will be coming or going through that tiny "door" NASA spotted on Mars earlier this month.

The space agency gave more details about the rock feature on the Red Planet's surface in a blog post this week and said the opening in the side of Mount Sharp is about 12 inches tall and 16 inches wide, similar in size to a dog door.

NASA's Curiosity rover captured the initial imagine using its Mastcam, and the new post stitched together more than 100 images into a wonky panorama that shows much more detail. The panorama is processed to approximate the color and brightness of the scene as it would look to the human eye under normal daytime conditions on Earth, NASA said.

Curiosity has been studying Mars’ surface features for just more than 10 years, but it may not be on its own for much longer.

According to SpaceX the company wants to put boots on Mars within the next decade, and just this week NASA previewed its plans for what a 30-day crewed expedition to the Red Planet might look like. Two astronauts would orbit Mars in such a mission, while two others would go down to the surface and rely on supplies sent to the surface before their arrival. Given that both SpaceX and Boeing make cargo-carrying craft that have since made it into orbit and docked to the International Space Station, the proposed 25-ton Mars supply lander isn't so difficult to image.

Someday soon, astronauts may laugh at the comically small Mars door in person.