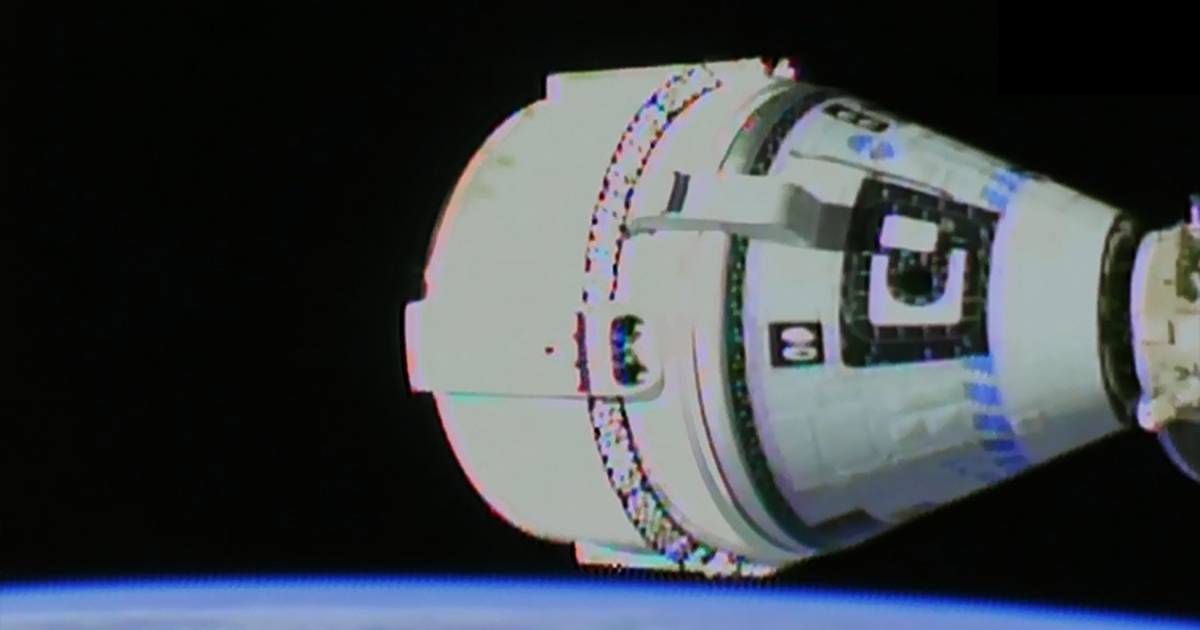 Astronauts Enter Starliner After It Finally Docks To Space Station

They actually pulled it off.

They actually pulled it off.

Despite a two-year delay and tons of troubleshooting in the interim, the manufacturer's Starliner "space taxi" finally docked to the International Space Station last night. There were no crew aboard, but it did deliver about 800 pounds of cargo and important supplies to the astronauts on board the ISS.

The @BoeingSpace #Starliner that just arrived at the @Space_Station on a test flight is carrying over 500 lbs (227 kg) of cargo & crew supplies.

Photos taken from the live stream and posted by a CBS space journalist show three smiling Russian cosmonauts joined by NASA astronauts gathered together at the welcome ceremony for the new arrival. Despite the ongoing tensions between Russia, Ukraine and the United States, the crew seemed pretty happy to get their hands on the stuff Starliner ferried to them.

Other shots show crew opening the hatch and drifting weightlessly into the craft, which also seems to sport a dummy astronaut buckled into its seat and wearing a full spacesuit.

A5/OFT-2: The hatch to Starliner is now open; Kjell Lindgren and Bob Hines are now inside, working through procedures pic.twitter.com/rHPpZ7SBLs

It could just be an extra outfit for someone on the ISS, but it's also possible Boeing is collecting data about its eventual crew launch aboard the vehicle. The company has been trying to compete with Elon Musk's SpaceX for a while, and it's probably jonesing to catch up pretty hard right about now.

Seeing the space race between the companies play out will definitely be something to watch.

More on the long journey for Boeing: Boeing Reportedly Melting Down Over Disastrous Spacecraft