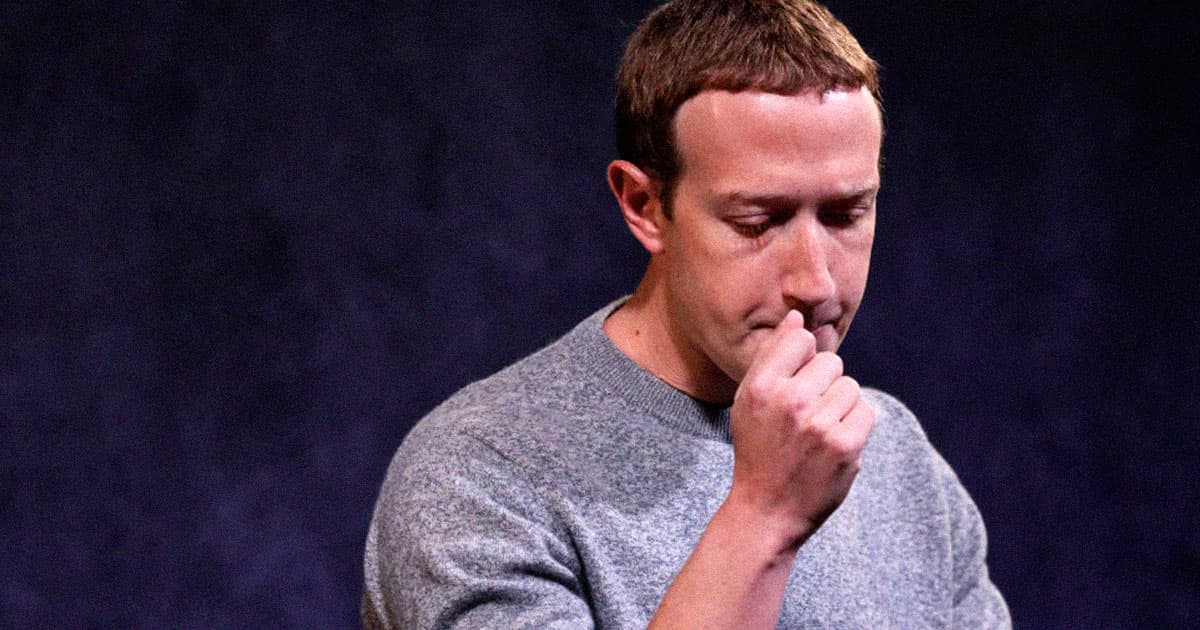 The ship is starting to sink.

The ship is starting to sink.

Meta-formerly-Facebook CEO Mark Zuckerberg is steadfast in his belief that we will all soon be socializing and working together inside a corporate metaverse while wearing bulky headsets — and so far, he's willing to overlook the walls coming down around him.

The company's stock cratered 20 percent after the company's earnings report for the third quarter disappointed investors, according to Insider, plunging to its lowest levels since 2016.

"We've been through a couple of these cycles before already, and I'm pretty confident this is going in a good direction," Zuckerberg said during a call with analysts, as quoted by Insider.

"And while we continue to navigate some challenging dynamics — a volatile macroeconomy, increasing competition, ads signal loss, and growing costs from our long-term investments — I have to say that our product trends look better from what I see than some of the commentary I've seen suggests," he added.

The CEO billionaire was likely alluding to a growing mountain of bad press and criticism, from embarrassingly terrible VR selfies, vacant and deserted virtual spaces, to a disappointing and underwhelming $1,500 headset.

All told, it seems pretty clear that Meta is in a bad state right now, and that's in large part due to Zuckerberg's decision to double down on the metaverse, a VR playground that hasn't sparked much interest among the general public.

The company's net income has dropped by a startling 52 percent year over year, with the company's efforts in building out Zuckerberg's vision for the metaverse costing the company billions of additional dollars.

Despite $15 billion spent, Meta has very little to show when it comes to its vision for a virtual future — and investors are starting to get antsy.

"Look, I get that a lot of people might disagree with this investment, but from what I can tell, I think this is going to be a very important thing," Zuckerberg told investors. "People will look back a decade from now and talk about the importance of the work being done here."

But whether that work will have a chance to even materialize within that timeframe remains to be seen.

More on Zuckerberg: Leak: Most Facebook Metaverse Users Have Quit in a Month