Is he... literally trying to save face? 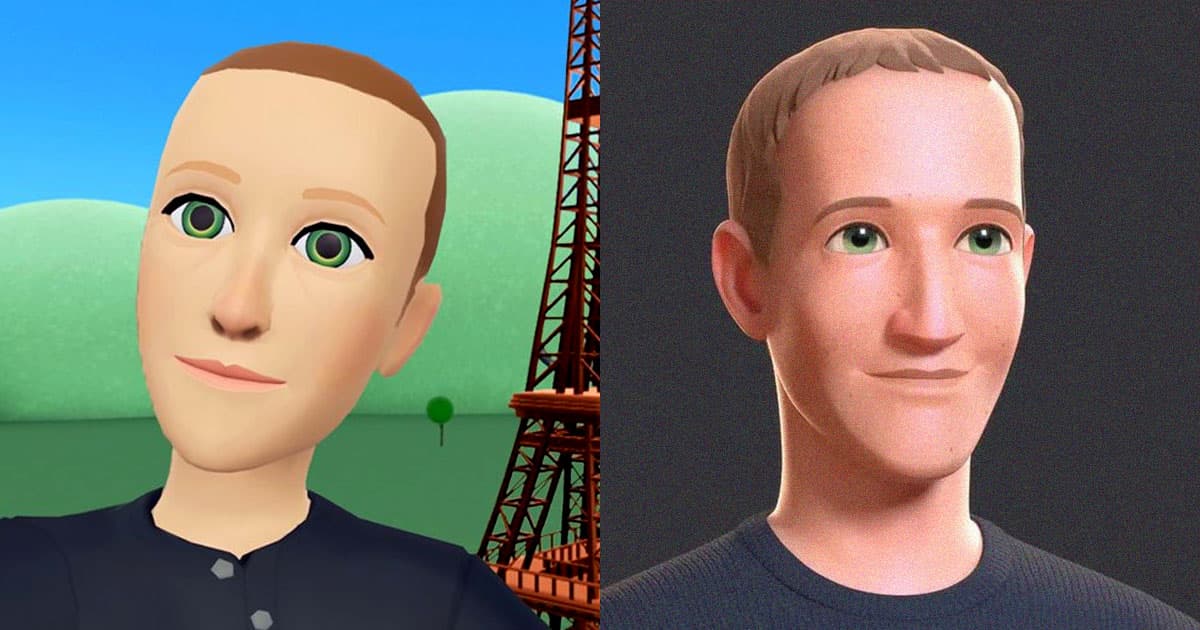 Facebook-turned-Meta CEO Mark Zuckerberg recently took to Facebook to show off his likeness inside the company's VR playground Horizon Worlds — and the meta-selfie was so laughably bad that the internet united in dragging him.

Now, Zuckerberg appears to have taken the criticism to heart and is — in a very literal way — trying to save face. To wit, the CEO took to Facebook and Instagram to post new screenshots and promise "major updates to Horizon and avatar graphics."

"Also, I know the photo I posted earlier this week was pretty basic — it was taken very quickly to celebrate a launch," he wrote in the caption.

The new selfie — the graphics of which, to be clear, have not yet been deployed in Horizon Worlds — does have much more texture and shading than Zuckerberg's infamous selfie.

But whether that will be enough to sway the general public on the concept remains to be seen. So far, the company has faced an uphill battle in its efforts to sell its VR venture as a fun new way to be social online.

Zuckerberg's original selfie showed a lifeless cartoon head sheepishly staring into the void in front of soulless representations of the Eiffel Tower and a landmark Spanish cathedral.

The image was so devoid of any sense of identity or design that it forced the question: is this really the best that one of the most powerful companies in the world could come up with?

"When your core product looks like the painted walls of an abandoned daycare center you have to wonder," one Twitter user mused.

A different user called it "eye-gougingly ugly" while pointing out that "Meta's metaverse ploy is surely dying in the dark."

Perhaps the strangest aspect is how the company seems to be struggling to anticipate its public perception. It seemingly had no idea that people would point out the severely lacking graphical fidelity of a product that's costing billions of dollars.

The product has already failed to take off and has been met with a less-than-lukewarm welcome by mainstream audiences.

In other words, the stakes are sky high as Zuckerberg pours more and more of the company's resources into headset hardware and software. According to documents obtained by Reuters back in May, Meta's Reality Labs division, which is in charge of the company's VR efforts, had to postpone projects, with managers warning employees of cutbacks.

Given what we've seen so far — from legless, floating avatars to screeching children — we can't exactly blame people from staying away.

Is a mediocre graphics update enough to turn things around? We'll have to wait and see.

More on the saga: Wave of Criticism Hits Zuckerberg's Metaverse for Looking Like Crap

Read This Next
Will Somebody Think of the Children?
Mom Horrified by What Her Kids Are Seeing in Roblox
Scammers Scam On
The Fyre Fest Guy Is Off House Arrest and of Course His New Scheme Involves the Metaverse and Crypto
Confrontation is Hard
Former Facebook Exec Says Zuckerberg Has Surrounded Himself With Sycophants
Virtual Signing
Sign Language in Virtual Reality Actually Looks Kinda Awesome
Zesus
Interesting Theory: Mark Zuckerberg Is Trying to Become God and Build Heaven
More on Future Society
I Silence Thee
Jan 28 on futurism
Leaked Messages Seem to Show Elon Musk Using Twitter to Punish His Enemies
Gas Giant
Jan 27 on the byte
Journalist Eats Lab-Grown Chicken, Gets "Weirdly Gassy"
Musk Rats
Jan 26 on the byte
Twitter Is Quietly Re-Suspending the Lunatics Elon Musk Let Back On
READ MORE STORIES ABOUT / Future Society
Keep up.
Subscribe to our daily newsletter to keep in touch with the subjects shaping our future.
+Social+Newsletter
TopicsAbout UsContact Us
Copyright ©, Camden Media Inc All Rights Reserved. See our User Agreement, Privacy Policy and Data Use Policy. The material on this site may not be reproduced, distributed, transmitted, cached or otherwise used, except with prior written permission of Futurism. Articles may contain affiliate links which enable us to share in the revenue of any purchases made.
Fonts by Typekit and Monotype.