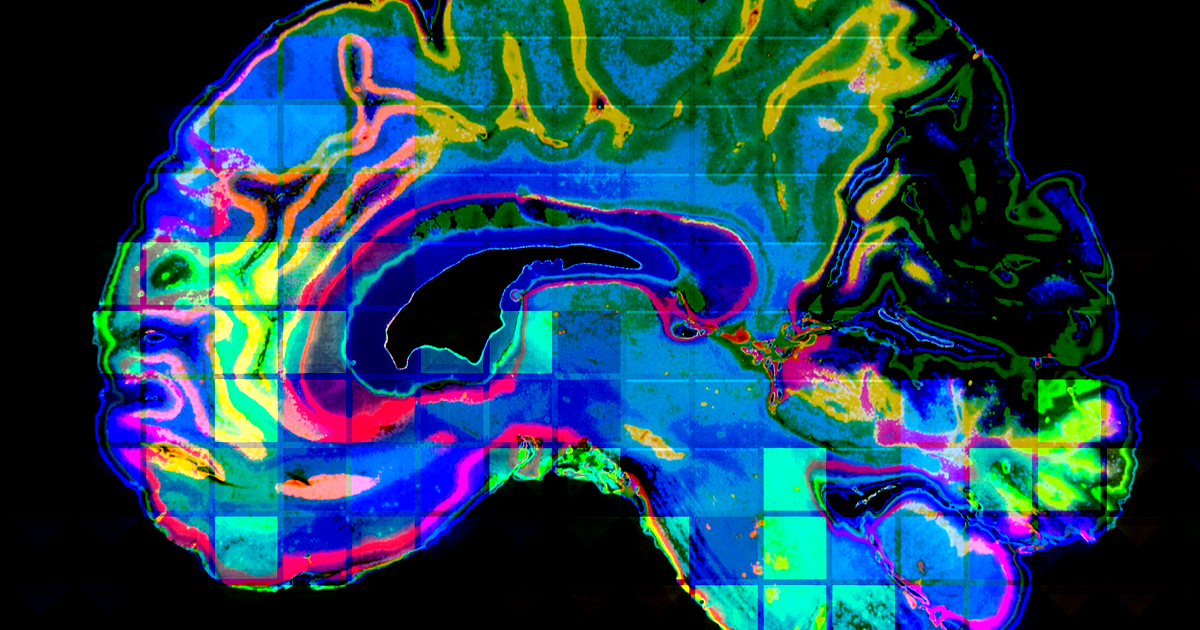 This Machine Lets You Play "Tetris" With Your Brain

Three players' brains were connected in a version of the game.

Three players' brains were connected in a version of the game.

A new brain-computer interface can connect three people's brains, allowing them to play a "Tetris"-like video game together using something resembling telepathy.

Companies like Elon Musk's Neuralink and Facebook are working on mind-reading devices designed to connect people's brains to machines. While details on those projects have been sparse, this new gamified version of a brain-computer interface out of the University of Washington shows that the technology could be ready in the near future.

In the game, three people collaborate to solve rudimentary "Tetris"-like puzzles in which they rearrange blocks to fill a complete row in a virtual grid. In a video featuring NPR's Elise Hu, two players are each presented with the puzzle and asked whether or not they should rotate a block before it drops to the bottom of the screen.

The device monitors the players' brain activity to determine whether they want to rotate the block or not. The two players' decisions are then transmitted into the brain of a third player, who hasn't seen the puzzle, and must then decide whether or not to rotate the block. In the video, Hu and her teammate successfully recommended against rotating the block.

For now, the system isn't sophisticated enough to handle a full version of "Tetris" — rather, it broke the puzzles down into yes or no questions which each took several seconds, meaning that until the technology improves, we're stuck controlling games with our hands like animals.

Elon In My Mind
Elon Musk Says Neuralink's First Product Will Control Smartphone With Brain Implant
4. 9. 21
Read More
Eyes Have It
Doctors Are Preparing to Implant the World's First Human Bionic Eye
9. 15. 20
Read More
Whiff
Neuralink's Demo Didn't Impress Experts
8. 31. 20
Read More
+Social+Newsletter
TopicsAbout UsContact Us
Copyright ©, Camden Media Inc All Rights Reserved. See our User Agreement, Privacy Policy and Data Use Policy. The material on this site may not be reproduced, distributed, transmitted, cached or otherwise used, except with prior written permission of Futurism. Articles may contain affiliate links which enable us to share in the revenue of any purchases made.
Fonts by Typekit and Monotype.