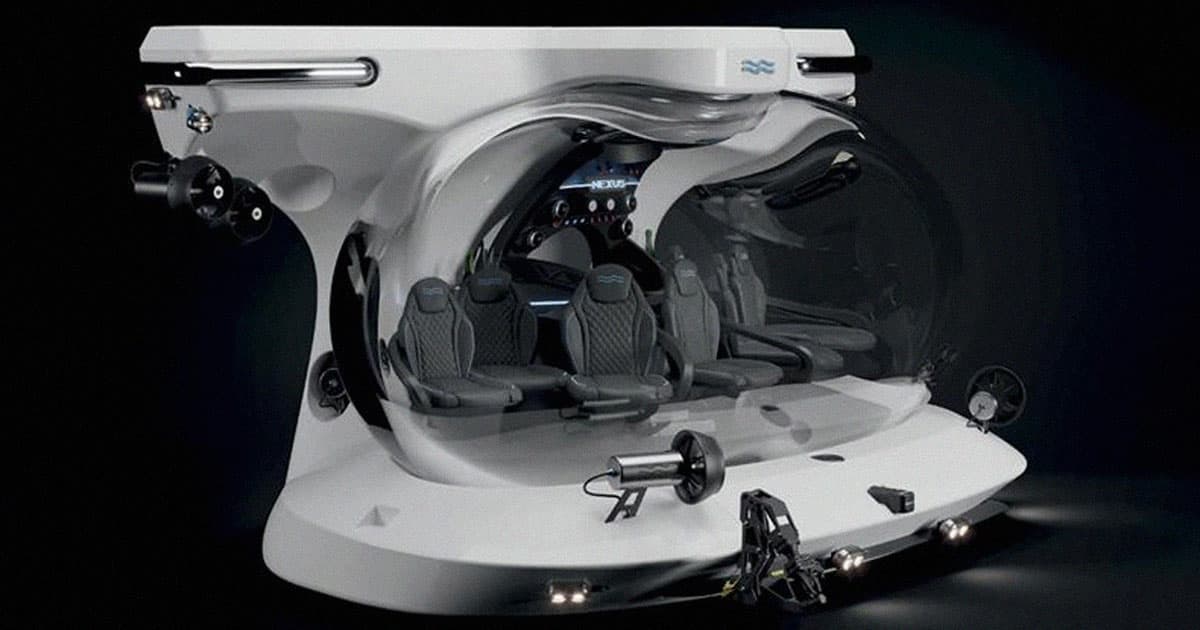 Rolling in the Deep

Space is for the birds — to get the next-level adrenaline-inducing experience so many rich folks seem to be pining for, private submarine companies are looking to the depths of the ocean.

A Dutch company that calls itself U-Boat Worx — yes, they share a name with the infamous German submarines from World Wars one and two — is now offering the wealthy a chance to do luxury deep sea exploration with its "NEXUS submarine," which it says can dive to an impressive 200 meters under the surface.

"NEXUS offers those who seek the most undisturbed view a sense of otherworldliness," U-Boat Worx's site reads, and given the panoramic windows and nine rotating passenger seats, it seems they may be correct in that showy assertion.

Who wants their own SUBMARINE?

Though this is the first we've heard of this submarine startup, the NEXUS isn't the company's first deep sea cruiser — it has multiple models which range in size, though this latest is their largest by far, with most of the other models allowing only two to five passengers. They haven't listed prices for any of their offerings, which leads us to suspect they cost a small-to-medium fortune.

Though inexpensive shallow-ocean submarine tours do exist in vacation destinations like Hawaii, there are still relatively few opportunities for the rich to submerge themselves Jules Verne style.

Last year, Aston Martin teamed up with the Triton submarine company to offer "ultra-exclusive" luxury with its Project Neptune submersible. In 2018, the Blue Marble Private tour company began offering guided tours of the sunken Titanic at $105,129 a head, which the company bragged was the same as it cost for a ticket on the original ship, albeit adjusted for inflation. One company even built an actual yellow submarine in the style of The Beatles' iconic single, album, and animated film.

With wealthy people looking to get their kicks in as many outlandish and horrendously expensive ways as possible while the rest of the world burns, now they might not need to endure zero gravity and drinking recycled pee to do so.

Elon Musk's Rocket Could Get You Anywhere on Earth in 60 Min. Here's What It Would Feel Like.
10. 13. 17
Read More
Virgin Galactic CEO: We'll Be Ready to Send Tourists Into Space in 2018
5. 9. 17
Read More
Go Time
Hackers Declare War on Anti-Abortion States
Yesterday
Read More
+Social+Newsletter
TopicsAbout UsContact Us
Copyright ©, Camden Media Inc All Rights Reserved. See our User Agreement, Privacy Policy and Data Use Policy. The material on this site may not be reproduced, distributed, transmitted, cached or otherwise used, except with prior written permission of Futurism. Fonts by Typekit and Monotype.