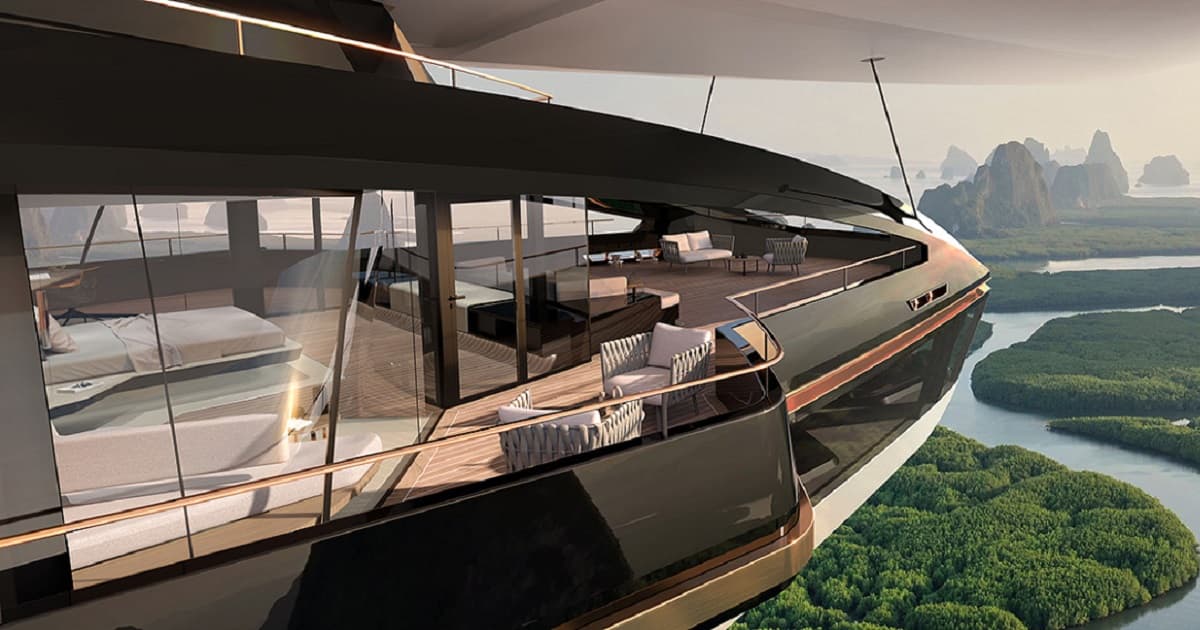 Do we get to seize these once the revolution starts?

Do we get to seize these once the revolution starts?

Ever wanted to soar high over the Earth in a yacht attached to a zeppelin? If you're of the "superyacht" class, you may soon get the chance.

Created by Swiss designers Guillaume Hoddé and Matthieu Ozanne, the "AirYacht" combines a 197-foot superyacht, alongside a 656-foot helium blimp to transport the luxury seafaring vessel to any destination of its well-heeled potential clients' choosing.

Like something out of a retrofuturistic scifi flick, this magnificent hybrid craft would not only allow the uber-rich to sail rivers and seas in an elegant three-story vessel that can house 12 people, but also transport the yacht much more easily and with much more aplomb.

The yacht itself — known as "the residence," because who doesn't wanna live on a luxury boat that can also float in the sky? — houses a gym, sauna, and swimming pool per specs from Darnet Design, the French company that conceptualized this masterpiece.

In interviews with the Robb Report, the designers expounded on the boat's enviable amenities: a Jacuzzi to accompany the pool, as well as a helipad and garage. So not only can one park their cars — yes, they did use the plural — on this fancy boat, but they can also have it flown wherever they like lower it to the ground using an elevator, without ever needing the zeppelin to land.

This gorgeous craft isn't scheduled to come to fruition until 2026, but if you're loaded enough to want to fly your superyacht on a blimp, you can place a preorder now.

READ MORE: Meet the AirYacht, a Bonkers Superyacht-Blimp Hybrid Concept That Can Cruise Both Sea and Sky [Robb Report]

Faux Fuel
Startup Claims It Could Power Your Car on Just Alcohol and Water
10. 23. 19
Read More
Dishonorable Discharge
Scientists Alarmed by Video of Deep Sea Mining Company Spewing Waste Into Ocean
9:47 PM
Read More
Sing Me a Song
Google Officially Announces ChatGPT Competitor Called "Bard"
7:49 PM
Read More
+Social+Newsletter
TopicsAbout UsContact Us
Copyright ©, Camden Media Inc All Rights Reserved. See our User Agreement, Privacy Policy and Data Use Policy. The material on this site may not be reproduced, distributed, transmitted, cached or otherwise used, except with prior written permission of Futurism. Articles may contain affiliate links which enable us to share in the revenue of any purchases made.
Fonts by Typekit and Monotype.