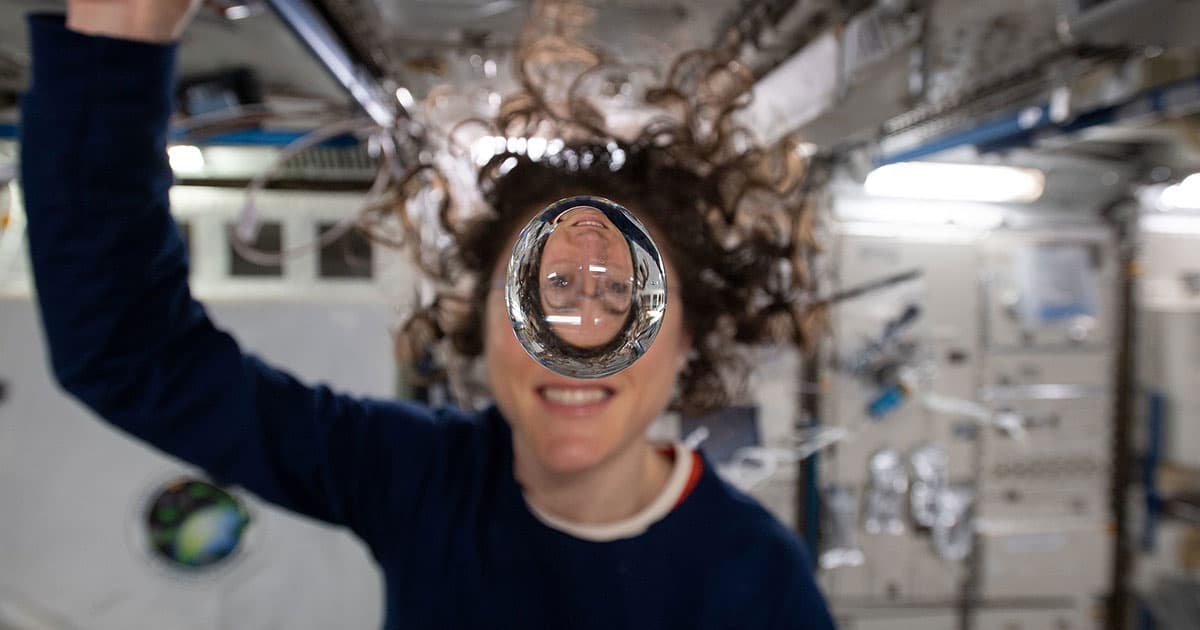 In space, Russia, Ukraine, and the US are nothing but distant regions on the globe below — just ask the astronauts and cosmonauts up there, who are literally drinking each others' recycled piss.

In a new interview with CNN, NASA astronaut Steve Swanson responded to the mounting military tensions between Russia and Ukraine by noting that when he was aboard the International Space Station in 2014, when Russia was occupying Crimea, everything was gravy.

"Nobody talked about it. It was completely like it's not happening," Swanson said of that ISS trip. "We were just going about our normal business and not worrying about it."

While his fellow US astronaut Rick Mastracchio admitted that the Crimea annexation did come up when they were interacting with Russian cosmonauts, the complex interdependence and mutual reliance the ISS requires of its international crew deterred political drama. Specifically, both Mastracchio and Swanson noted that they literally have to recycle each others' urine on the ISS for hydration, symbolizing a rich orbital interdependence.

"That was always troublesome," Mastracchio told CNN, "to go ask somebody if you could borrow a tank of their urine."

Swanson, however, had a slightly different take.

"We actually recycle the cosmonauts' urine to get more water for our side to drink," he said. "Now that's transcending politics. It's survival."

Former NASA astronaut Garrett Reisman also highlighted how important each side is to the other.

Amid concerns that Russia's increasingly militant posturing against Ukraine will lead to NATO allies having to defend Ukraine against the former Soviet Union, however, is the lesser worry that it might harm the US-Russia space alliance that has gone smoothly since 1975.

While NASA Administrator Bill Nelson told CNN he's optimistic that "our politics on terra firma" won't harm the ISS or the US-Russia space alliance itself, former Reisman is less sure.

"It scares me that if this becomes a shooting war, I think it would be hard for the ISS to survive," he said. "Unfortunately, I do think it's destined to end."

It may seem like relying on the pee of another nation would create an unbreakable bond, but after all, all is fair in love and war.

READ MORE: Tensions with Russia worry former US astronauts about the partnership in space [CNN]

Read This Next
Sabers Rattled
Russia Issues Veiled Threat to Shoot Down Pesky SpaceX Satellites
God Shot
Astronaut Says He Had Religious Experience During Spacewalk
Don't let the door hit you
Elon Musk Lobs Casual Space Station Burn at Moscow
Sad ROSS
Russia's New Space Station Gets Sadder the More We Hear About It
Buh Bye
Russia Says It's Definitely Quitting the ISS But Doesn't Say When Exactly
More on Off World
Stunning Centaur
3:13 PM on the byte
James Webb Spots Asteroid With Its Own Saturn-Like Rings
Grrrrrrrr
Yesterday on the byte
Internet Erupts as NASA Spots Cartoon Bear on Surface of Mars
Gl1tc4
Yesterday on the byte
NASA Says Another James Webb Instrument Has Suffered a Glitch
READ MORE STORIES ABOUT / Off World
Keep up.
Subscribe to our daily newsletter to keep in touch with the subjects shaping our future.
+Social+Newsletter
TopicsAbout UsContact Us
Copyright ©, Camden Media Inc All Rights Reserved. See our User Agreement, Privacy Policy and Data Use Policy. The material on this site may not be reproduced, distributed, transmitted, cached or otherwise used, except with prior written permission of Futurism. Articles may contain affiliate links which enable us to share in the revenue of any purchases made.
Fonts by Typekit and Monotype.