Oh, to be a billionaire going to space. 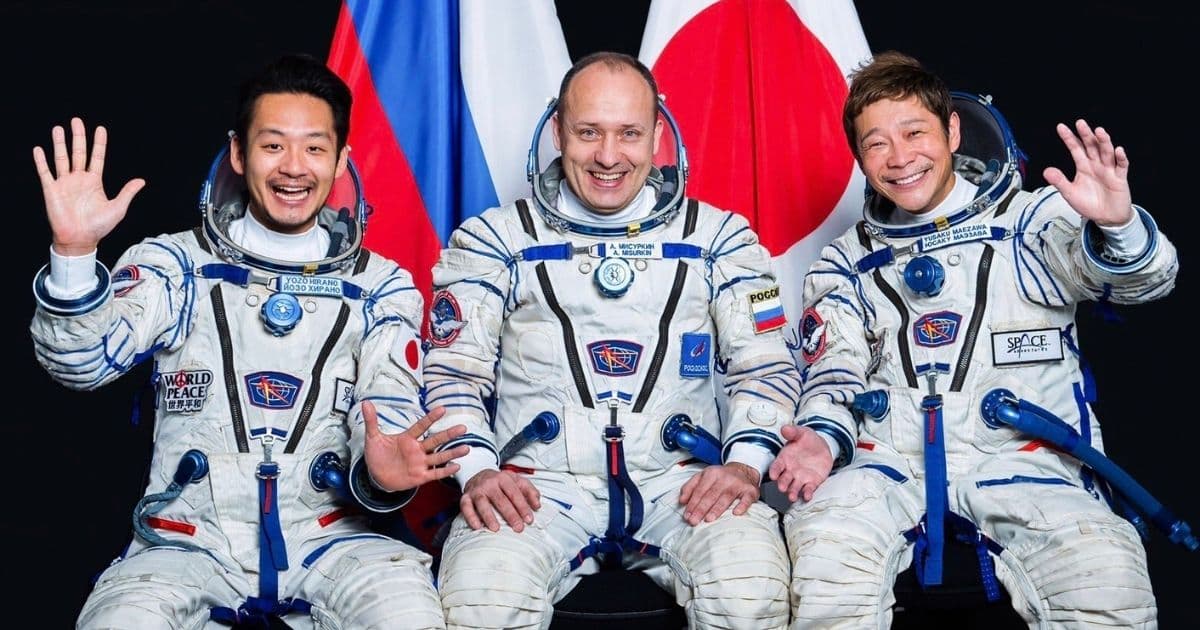 A Japanese billionaire is becoming the first space tourist to go to the International Space Station in more than 10 years, and boy does his excitement show.

"I’m excited. I feel like an elementary school student about to go on [an] outing," Yusaku Maezawa told reporters at a pre-launch news conference. "I didn’t think I would be able to go to space. I used to like the starry sky and heavenly bodies. I feel fortunate to have this opportunity and to finally fulfill my dream."

As The Guardian and other outlets reported, Maezawa, the billionaire who founded Japan's Zozotown ecommerce megalith, is taking off with his assistant Yozo Hirano and cosmonaut Alexander Misurkin on a Russian Soyuz rocket for a 12-day trip that launches tomorrow.

Notably, Maezawa is the first civilian in more than a decade to buy access to the ISS. And although we don't know the exact cost of his two tickets, we do know that Space Tourism, the company that the billionaire is contracted to fly with, sells bookings for an estimated $200 million a pop.

Seriously, just look at this guy's face. He looks like he just went into the world's biggest FAO Schwarz toy store, except this FAO Schwarz is in freakin' space.

【27 days until Launch🚀】
Got my solo portrait. Haven’t had my hair cut for two months.#MZJourneytoSpace pic.twitter.com/WmlJetduOj

Maezawa's maiden voyage is a trial run of sorts before he heads up to the moon on a slated SpaceX trip that made headlines earlier this year when he and SpaceX CEO Elon Musk offered to bring eight passengers along for free.

While Maezawa and Musk's desire to bring randos up to space with them for free is laudable, space tourism itself — and billionaire space tourism specifically — is much more insidious when you consider that the earth is baking, climate apocalypse is nigh, and that these fat cats are spending hundreds of millions of dollars to fly around the cosmos while people who can't afford to eat starve down here on Earth.

But hey, at least he's happy!

Read This Next
Billionaire Space Club
Man Getting Paid to Fly Rich Guys to Space Says Don't Worry, They're Not Just Idle Tourists
Billionaire Blast Off
Billionaire Says He's Buying SpaceX Launches for "Private Space Program"
Lucky Bastard
Billionaire Space Tourist Basically Says "Let Them Eat Cake"
Futurism
How to Talk to Your Family About Space Tourism
Oh Snap
Tom Hanks Says He Turned Down Jeff Bezos' Offer to Go to Space
More on Off World
TMNT
Jul 1 on the byte
Chunky Turtle Spotted Near NASA's Mega Moon Rocket
Cloud Spotting
Jun 30 on the byte
NASA Needs Your Help Spotting Clouds On Mars
Rolling Coal
Jun 29 on futurism
Space Travel Will Absolutely Gut the Environment, Scientists Warn
READ MORE STORIES ABOUT / Off World
Keep up.
Subscribe to our daily newsletter to keep in touch with the subjects shaping our future.
+Social+Newsletter
TopicsAbout UsContact Us
Copyright ©, Camden Media Inc All Rights Reserved. See our User Agreement, Privacy Policy and Data Use Policy. The material on this site may not be reproduced, distributed, transmitted, cached or otherwise used, except with prior written permission of Futurism. Fonts by Typekit and Monotype.