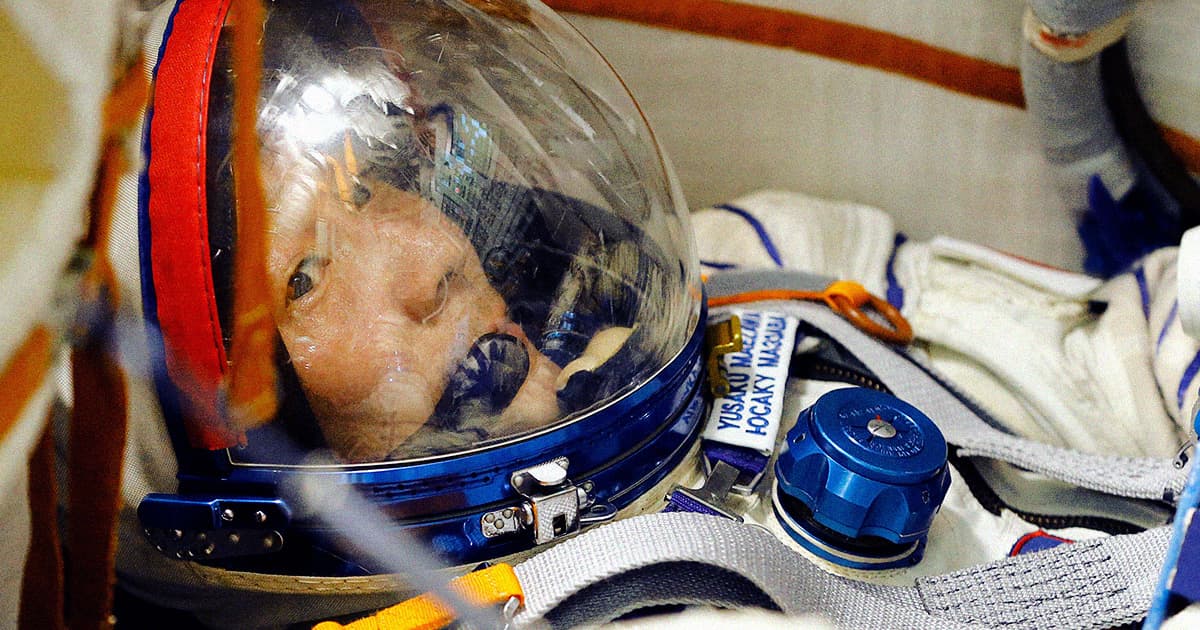 "The closer it gets the more excited I get. I'm not afraid or worried."

"The closer it gets the more excited I get. I'm not afraid or worried."

He'll board a Soyuz spacecraft, taking off from Baikonur cosmodrome in Kazakhstan and accompanied by cosmonaut Alexander Misurkin, who has already been to space on two occasions.

And Maezawa's planning on making the most of his time there.

"I've got a list of one hundred things I want to do on the station like play badminton," told reporters on Thursday, as quoted by Agence France-Presse — a fun diversion from the rigorous schedules astronauts usually have to stick to on board the ISS.

"The closer it gets the more excited I get. I'm not afraid or worried," he added.

He wouldn't be the first to indulge in some racket-based ball game on board the orbital outpost. In 2018, crew members from NASA's Expedition 56 played a round of tennis, a rather awkward and slowed down affair.

Maezawa's upcoming trip will be his first of several planned visits to space. In 2023, Maezawa is planning on riding SpaceX's Starship spacecraft, which is still in early development, around the Moon as part of a mission called "dearMoon."

That makes his decision to ride a Russian built Soyuz rocket — rather than SpaceX's tried and true Crew Dragon spacecraft — all the more noteworthy. The Elon Musk-led company recently launched the first all-tourist flight into orbit last month.

It's a busy time for billionaires in space. Virgin Galactic CEO Richard Branson and Blue Origin cofounder Jeff Bezos recently made their respective journeys into space over the summer.

But at least Maezawa will get to experience the real deal, spending 12 days on board the ISS. Branson and Bezos, in contrast, only spent a few minutes in the Earth's upper atmosphere.