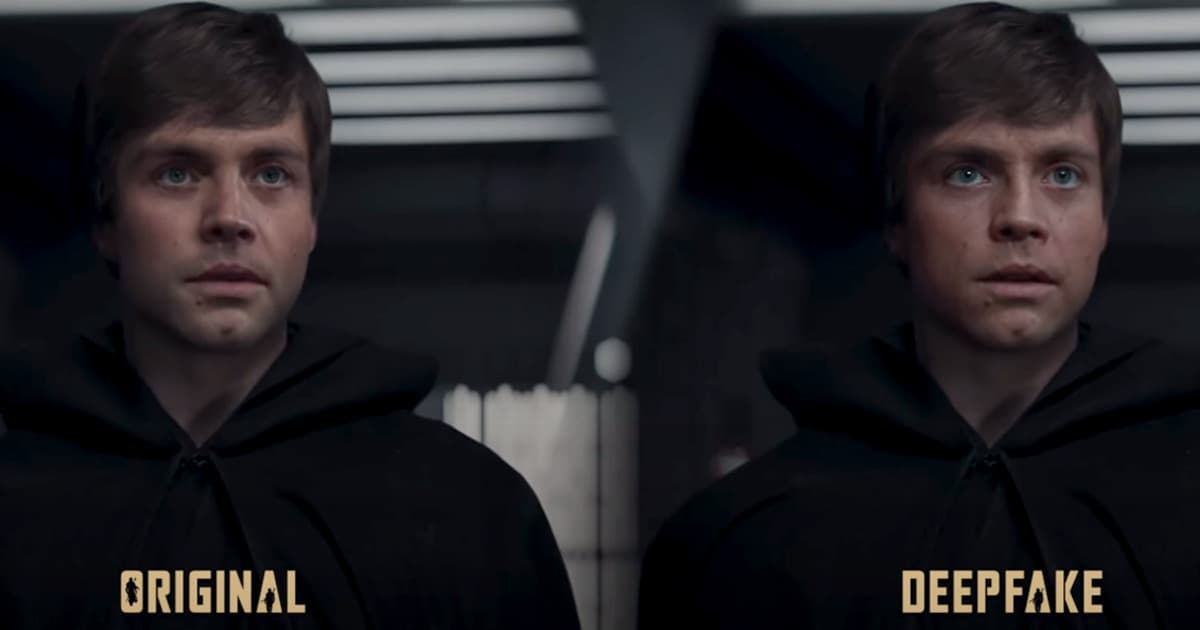 Jobs for the Talented

These deepfakes are even better than Lucasfilm's.

These deepfakes are even better than Lucasfilm's.

It's a stunning new milestone in the advancement of computer generated imagery, greatly democratizing access to photorealistic digital effects without access to a whole team and multi-million dollar budget — and Hollywood is starting to pay attention.

Lucasfilm's Industrial Light and Magic (ILM) has included the late actors Carrie Fisher and Peter Cushing, as well as a young Mark Hamill, with the use of CGI in several "Stars Wars" movies and spinoffs in recent years.

But those effects weren't quite impressive enough fora  YouTuber and CGI wizard who goes by the handle Shamook, and who reworked ILM's de-aging of Mark Hamill's cameo as a young Luke Skywalker in the hit Disney+ show "The Mandalorian."

The video — which took Shamook a mere four days to complete — ended up earning him millions of views, The Verge reports.

ILM's own approach to de-aging Hamill for the show were quickly criticized by audiences, despite their excitement over the return of the star, IndieWire reports.

Shamook announced the hiring in a comments section of one of his videos, noting that as a result he hasn't had "time to work on any new YouTube content."

IndieWire was able to confirm the news with ILM. The company "is always on the lookout for talented artists and have in fact hired the artist that goes by the online persona 'Shamook,'" a Lucasfilm representative told the site.

"Over the past several years ILM has been investing in both machine learning and AI as a means to produce compelling visual effects work and it’s been terrific to see momentum building in this space as the technology advances," the representative added.