Finding a person's DNA at a crime scene isn't the "smoking gun" it was once considered to be. 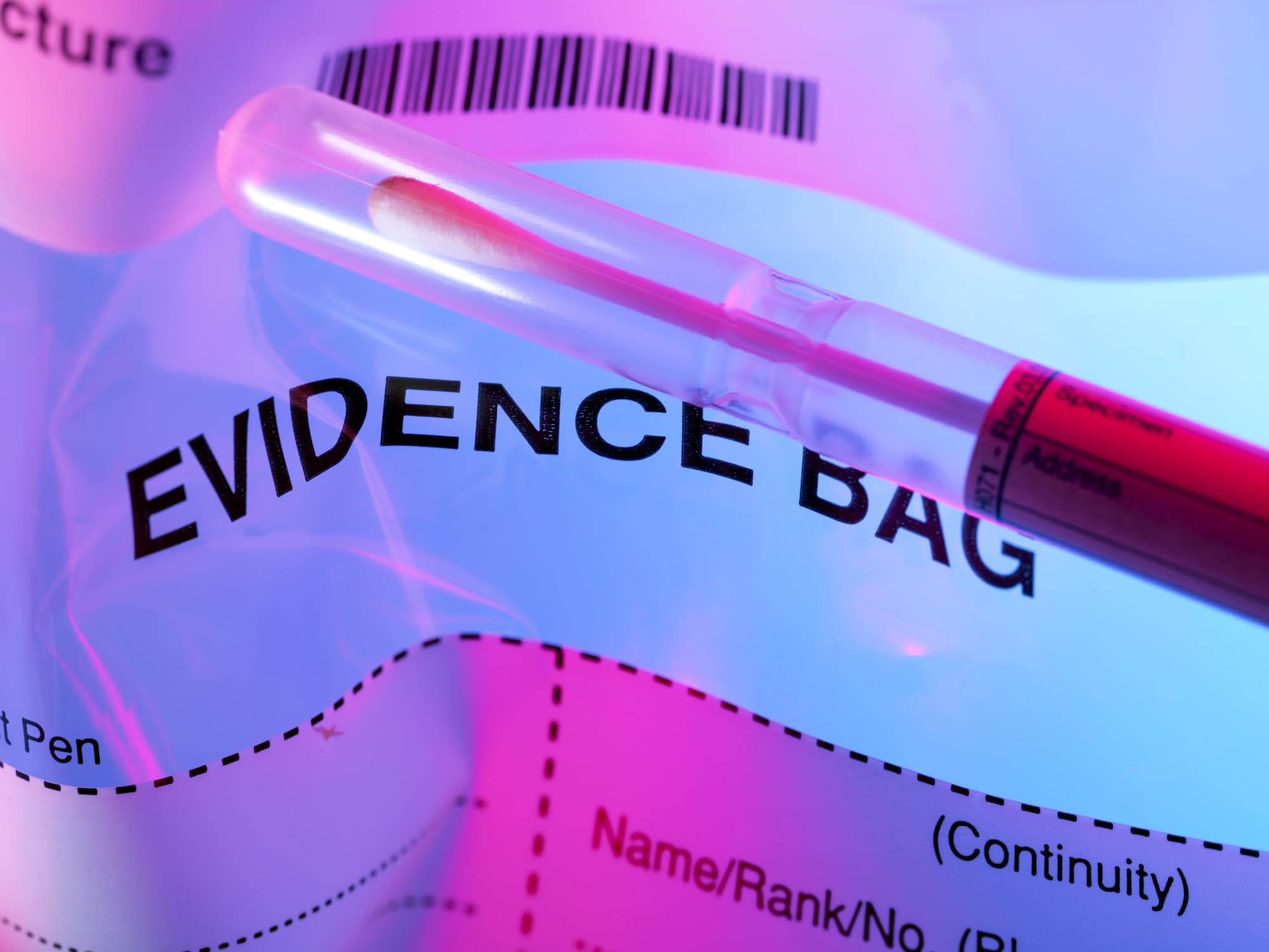 Since the 1980s, DNA evidence has been used in various criminal investigations to prove a suspect's guilt. However, it's now thought that such findings might not be as open-and-shut as they were once considered to be. Bad DNA tests can mean the difference between innocence and guilt.

Many countries now have national databases that contain DNA samples from a wide swathe of the population. If DNA is found at the scene of a crime, it can be cross-referenced with those who are on file, which in theory could reveal whether a certain person was present.

Unfortunately, the process isn't quite as conclusive as it's often made out to be. DNA analysis doesn't typically involve sequencing the entire genome; instead, it focuses on certain sites that give a good indicator of differences between individuals.

Modern technology is capable of detecting even incredibly small traces of DNA. In theory, this is a huge advantage — but in practice, it can lead to false positives because of the sheer amount of genetic material that might be found.

In 2011, David Butler stood accused of murdering a woman named Anne Marie Foy. A partial match for his DNA had been found on the clothing and under the fingernails of the victim.

However, Butler was later exonerated, because of a number of extenuating factors. For one, Foy had been wearing nail polish that would have made it easier for DNA to linger on. The suspect also had a condition causing flaky skin, meaning that he would deposit more cells than normal.

Taken as a whole, there were plenty of scenarios that could explain Butler's DNA being found on the victim without him being the murderer. One explanation was that Foy could have handled money that had previously been in the possession of Butler.

When more than one person's DNA is present, it can be very difficult to separate the various samples that have been detected. Hundreds of such cases have used an algorithm called TrueAllele developed by a company called Cybergenetics to untangle this information.

However, even this kind of solution has its problems. The company doesn't make the source code for TrueAllele available to either experts working in the field or defendants who are incriminated by evidence that utilizes the technology. Without knowing exactly how the algorithm makes its determinations, some argue that it's difficult to trust it implicitly.

DNA alone is no longer considered to be sufficient proof that a particular person actually committed a crime. It's often used as part of a larger case, and can be useful supplementary evidence, but the days of DNA serving as a "smoking gun" are already over.

There is still a place for DNA evidence in the legal system, and it can be a crucial tool for authorities and prosecutors to use in placing individuals at a particular crime scene. That said, the tools used to detect genetic information have become so sophisticated that it's unwise to take these findings at face value. There are many reasons why DNA might end up in a certain place, so in most cases it can only be used to corroborate other evidence.

Read This Next
From the Dept. of Bad Ideas
Cops Upload Image of Suspect Generated From DNA, Then Delete After Mass Criticism
Bad Cops
Cops Allegedly Used a Sexual Assault Survivor's DNA to Arrest Her for Property Crime
Tim Apple
Apple CEO Menaced by Armed Stalker Who Thinks She's His Wife
Brands We Love
Spot Medical Problems Before They Begin With Genetic Health Testing From 23andMe
Swab and Swipe
Famous Geneticist's Dating App Would Match Users Based on DNA
More on Future Society
Rough
Yesterday on futurism
Elon Musk's Twitter Is Reportedly Failing Miserably to Contain Horrific Child Abuse Content
YouTube Propaganda
Yesterday on the byte
Experts Say There's Something Very Weird About North Korean YouTubers
Bird Crap
Feb 4 on the byte
It Looks Like Elon Musk Is Actually Building a Twitter Payment Platform
READ MORE STORIES ABOUT / Future Society
Keep up.
Subscribe to our daily newsletter to keep in touch with the subjects shaping our future.
+Social+Newsletter
TopicsAbout UsContact Us
Copyright ©, Camden Media Inc All Rights Reserved. See our User Agreement, Privacy Policy and Data Use Policy. The material on this site may not be reproduced, distributed, transmitted, cached or otherwise used, except with prior written permission of Futurism. Articles may contain affiliate links which enable us to share in the revenue of any purchases made.
Fonts by Typekit and Monotype.