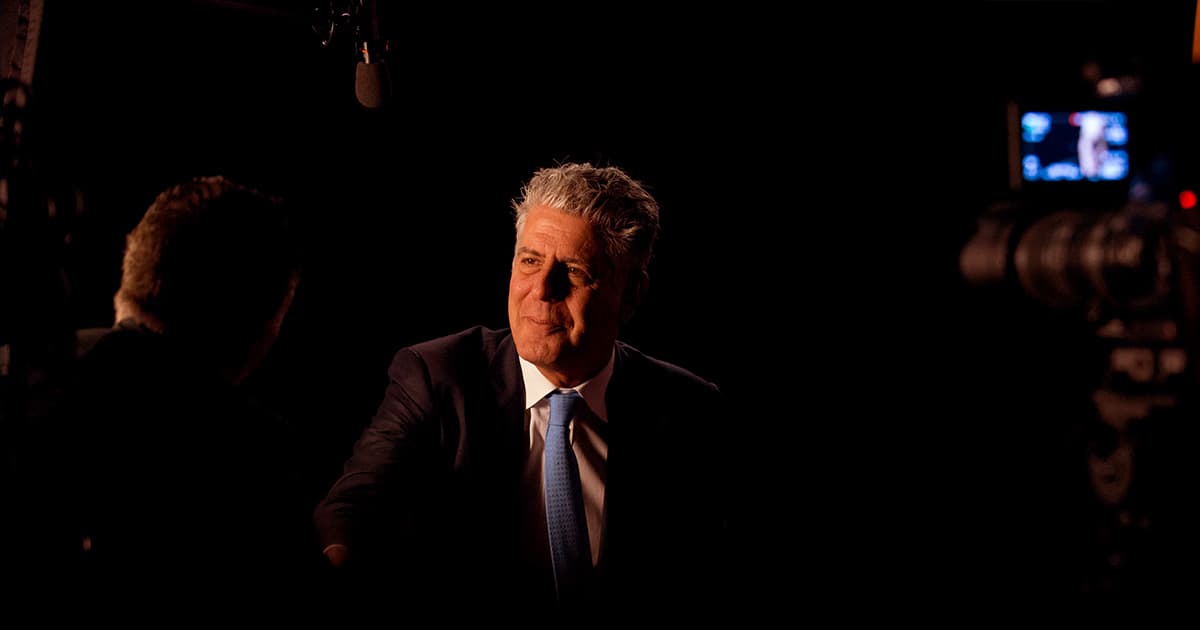 Putting the AI in Bourdain

"We can have a documentary-ethics panel about it later."

"We can have a documentary-ethics panel about it later."

Documentary filmmaker Morgan Neville's latest documentary is about the life of the legendary author and TV personality Anthony Bourdain, who tragically died by suicide back in 2018.

To fill in some of the gaps, The New Yorker reports, Neville used artificial intelligence to recreate Bourdain's voice for three different quotes in his documentary, "Roadrunner: A Film About Anthony Bourdain," which hit theaters today.

It's an arguably slightly ghoulish use of technology to bring the dead back to life — especially considering the AI was used to flesh out the story of Bourdain's life leading up to his tragic death.

Fortunately, while the voiceover during parts of the documentary is computer generated, the quotes aren't.

"I created an AI model of his voice," Neville admitted to the magazine, explaining that "there were three quotes there I wanted his voice for that there were no recordings of."

He provided a software company with about a dozen hours of recordings of Bourdain's voice to create the model.

According to the filmmaker, the simulated, disembodied voice of the late celebrity travel documentarian is almost impossible to tell apart from the real thing.

"If you watch the film, other than that line you mentioned, you probably don’t know what the other lines are that were spoken by the AI, and you’re not going to know," Neville told The New Yorker.

Regarding the obvious dystopian overtones and implications of recreating the voice of dead celebrities, Neville isn't too concerned — at least for right now.

"We can have a documentary-ethics panel about it later," he quipped.

Paper Chaser
Researcher Tells AI to Write a Paper About Itself, Then Submits It to Academic Journal
Jun 30
Read More
Craiyon Dreams
The Creator of That Viral Image Generating AI Loves All Your Weird Creations
Jun 30
Read More
Garden Variety RAIcist
Scientists Alarmed When Robot Immediately Becomes Racist and Sexist
Jun 29
Read More
+Social+Newsletter
TopicsAbout UsContact Us
Copyright ©, Camden Media Inc All Rights Reserved. See our User Agreement, Privacy Policy and Data Use Policy. The material on this site may not be reproduced, distributed, transmitted, cached or otherwise used, except with prior written permission of Futurism. Fonts by Typekit and Monotype.