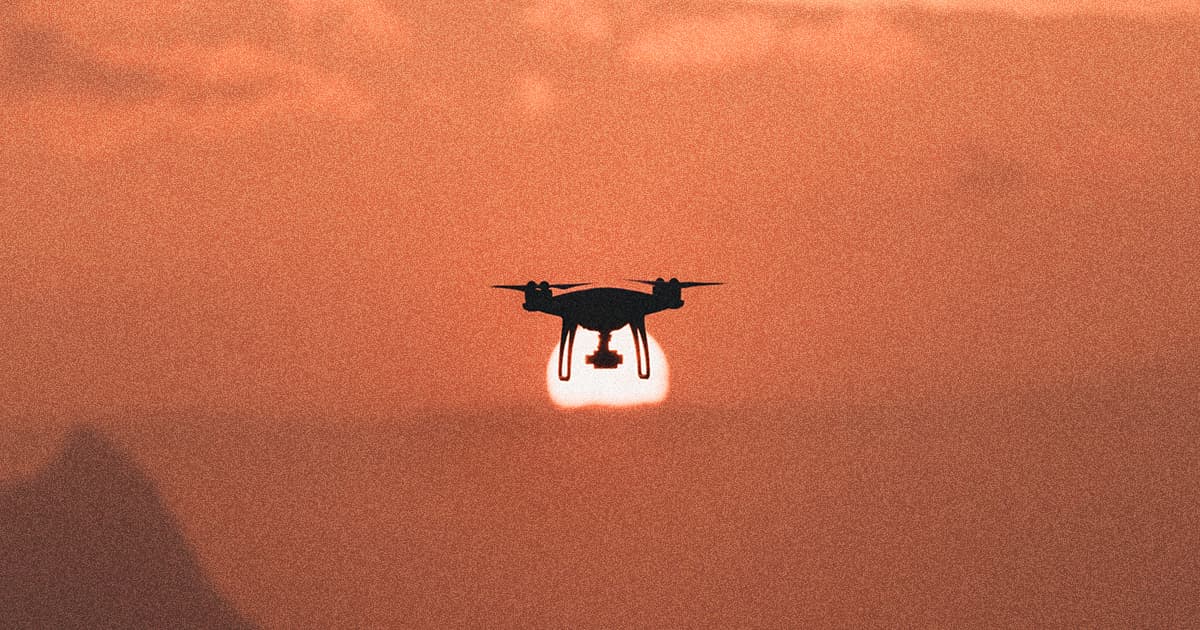 A fully autonomous drone seems to have selected and attacked targets without operator oversight.

A fully autonomous drone seems to have selected and attacked targets without operator oversight.

The era of fully autonomous killer robots, capable of identifying and engaging targets without human oversight, seems to have begun.

A small Turkish-made kamikaze drone called the STM Kargu-2 attacked retreating soldiers during a civil conflict in Libya, according to a recent United Nations Security Council report by the Panel of Experts on Libya. The report implies, but doesn't explicitly say, that the robot killed human soldiers. As Axios notes, the development brings us into a troubling new era in which human oversight is no longer technically necessary to wage war and end lives.

The UN report refers to the Kargu-2 drone as a "loitering munition," which means it was hovering in place until it happened to detect a possible target. In that sense, the autonomous drone was deployed almost like an aerial landmine in that it could attack a target that comes within a certain proximity without human oversight.

"Logistics convoys and retreating [Haftar Affiliated Forces] were subsequently hunted down and remotely engaged by the unmanned combat aerial vehicles or the lethal autonomous weapons systems such as the STM Kargu-2… and other loitering munitions," reads the UN report. "The lethal autonomous weapons systems were programmed to attack targets without requiring data connectivity between the operator and the munition: in effect, a true 'fire, forget and find' capability."

The rise of fully-autonomous killer drones is alarming but not surprising, as several powerful militaries including that of the US, Russia, China, and the UK have all been working towards killer robots for years — despite outcry from experts and ethicists around the world.

READ MORE: The age of killer robots may have already begun [Axios]

FROM THE DEPT. OF THINGS TO BUY
Best Science Gifts of 2022
Jun 6
Read More
Drone Tanker News
The US Navy Just Used a Drone to Refuel a Fighter Jet in Midair
6. 7. 21
Read More
Rock 'Em Sock 'Em
The Head of US Space Command Fears China's Giant Robot Arms
5. 24. 21
Read More
+Social+Newsletter
TopicsAbout UsContact Us
Copyright ©, Camden Media Inc All Rights Reserved. See our User Agreement, Privacy Policy and Data Use Policy. The material on this site may not be reproduced, distributed, transmitted, cached or otherwise used, except with prior written permission of Futurism. Fonts by Typekit and Monotype.