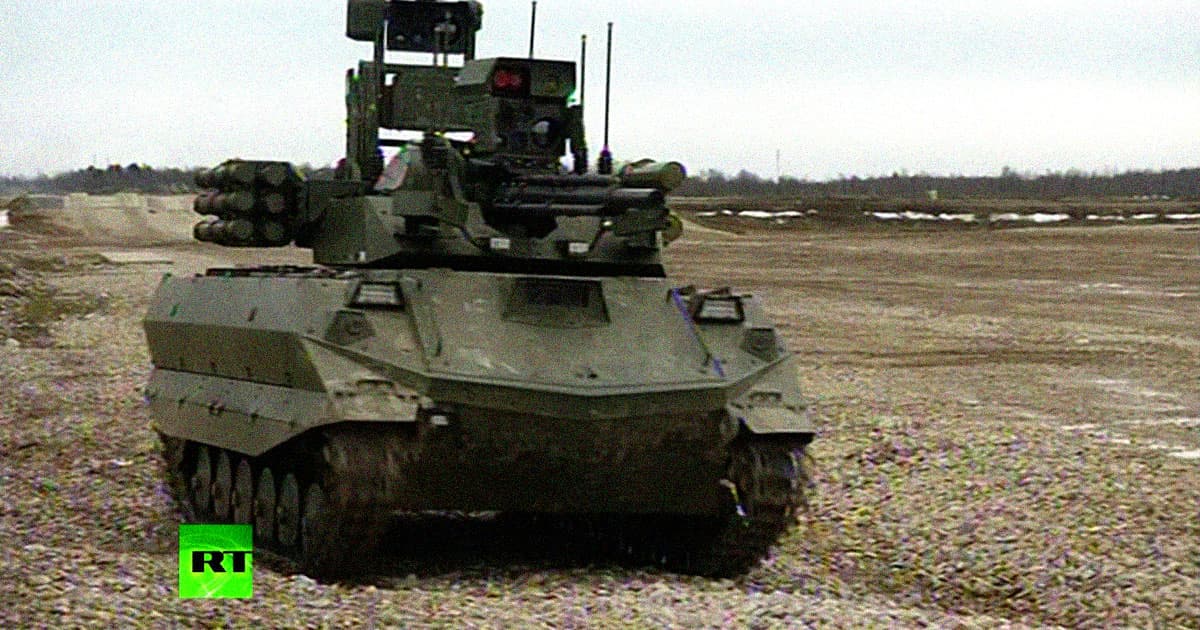 These killer robots were a glitchy mess.

These killer robots were a glitchy mess.

The remote-controlled tanks ran into a number of problems, The National Interest reports, including their sensors performing worse than advertised and their signals getting blocked by buildings. All in all, the poor performance is a sign that autonomous ground warfare has a long way to go before it lives up to the hype.

In 2015, Russia announced that 30 percent of its kinetic weapons — think bullets, rockets, or any other weapons that physically collide with a target — would be remote-controlled by 2025, according to National Interest. In an ideal world, the tanks would seamlessly integrate with infantry units, either being steered remotely or working semi-autonomously to detect and engage enemy forces.

But in reality, the tanks could only detect obstacles or targets from 1.25 miles away, just one-third of its advertised range, per National Interest. When they were moving, their sensors and weapons became useless because of how unstable the tanks were, and solders noticed long delays after commanding the tank to fire.

Even worse, physical obstacles reduced the tank's remote control range from nearly two miles to less than 400 meters, according to National Interest.

That means the person controlling the tank had to be just as close to the firefight as the tank was, utterly defeating the point of sending an uncrewed vehicle in the first place.

READ MORE: This Is the Robot Tank Russia Used in Syria [The National Interest]