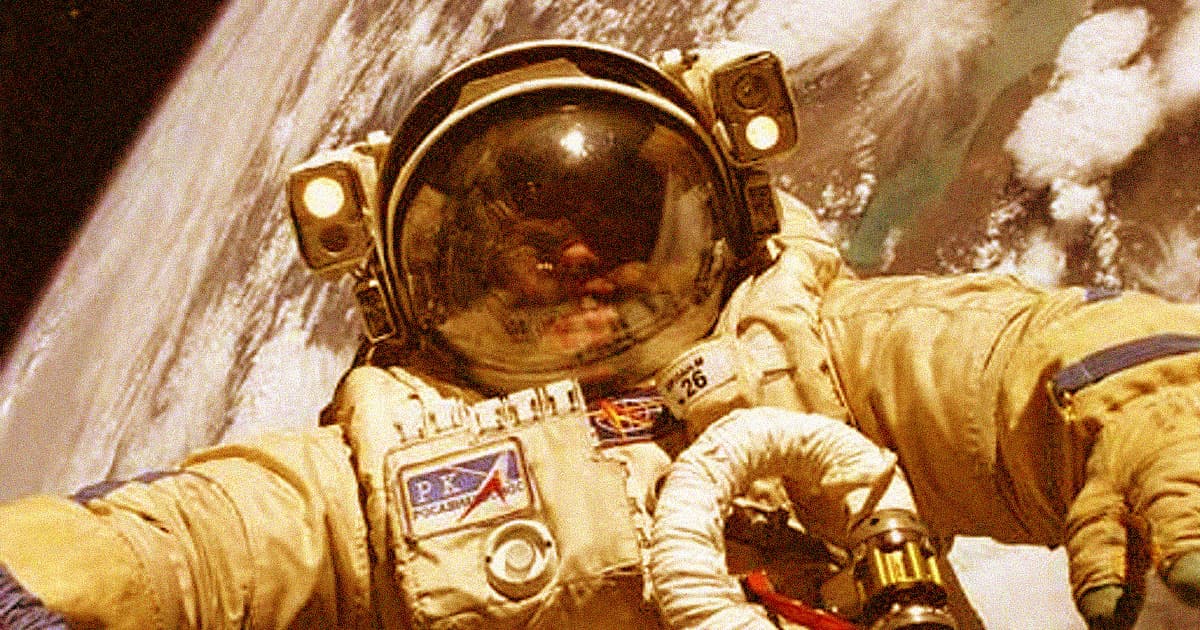 It's a long way down.

It's a long way down.

Russia has largely cut itself off from the international community with the invasion of Ukraine, which could bode badly for its space efforts as well.

For decades, the country has been a top collaborator with other nations on sending astronauts, satellites, and other spacecraft into space. Russia remains the United States' biggest partner in space.

But that kind of collaboration could soon come crashing down.

"Time to replace the Russians on the International Space Station," Texas Congressman Dan Crenshaw tweeted. "Kick them out of the program, train up some Ukrainian cosmonauts, and see if Elon Musk can replace the Russian half of the station with something that’s not falling apart."

On Thursday, Dmitry Rogozin, the head of Russia's space agency, warned that new US sanctions could lead to the destruction of "our cooperation." He even went as far as to seemingly threaten world powers, including the US, with a "500-ton structure" dropping out of space, referring to an uncontrollably deorbiting International Space Station.

In the face of that less-than-professional reaction, other space programs are expressing ambivalence as well.

"I am sad [and] worried as the aggression continues to worsen in Ukraine," European Space Agency head Josef Aschbacher tweeted. "With ESA Member States, we will take any decisions needed. But for now, support for our missions and colleagues continues until further notice."

"Notwithstanding the current conflict, civil space cooperation remains a bridge," he wrote. "ESA continues to work on all of its program, including on ISS and ExoMars launch campaign, in order to honor commitments with Member States and partners. We continue to monitor the evolving situation."

It's a precarious moment in history. Both Russian cosmonauts and NASA astronauts are on board the ISS right now, while Russia is invading Ukraine back on the surface.

More on the situation: Head of Russian Space Program Appears to Threaten to Smash US With Space Debris

From the Dept. of Things to Buy
Review: The "Out of This World Cook Book" Chronicles the Early Meals of the Space Age
Aug 30
Read More
Overloaded
Whiny Space Tourists Say They Were Too Busy on the Space Station
May 14
Read More
The Moonian
Senior NASA Official Fears Getting "Stuck" on the Moon
May 4
Read More
+Social+Newsletter
TopicsAbout UsContact Us
Copyright ©, Camden Media Inc All Rights Reserved. See our User Agreement, Privacy Policy and Data Use Policy. The material on this site may not be reproduced, distributed, transmitted, cached or otherwise used, except with prior written permission of Futurism. Articles may contain affiliate links which enable us to share in the revenue of any purchases made.
Fonts by Typekit and Monotype.