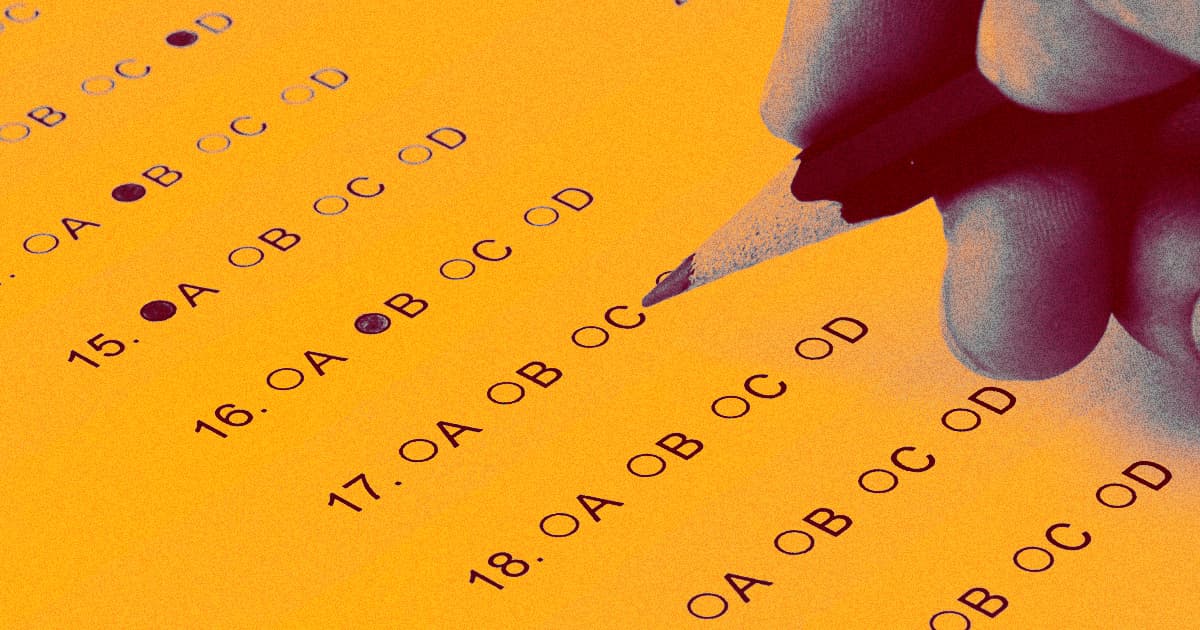 Millions had their internet service cut off as a result.

Millions had their internet service cut off as a result.

Millions of people in the Indian state Rajasthan had their internet access shut off by the government on Sunday for a bizarre reason: It was test day.

more than 1.6 million people sat down to take the Rajasthan Eligibility Exam for Teachers (REET). And in order to keep them honest, The Register reports that the state switched the internet off so that they couldn't cheat by looking up answers. The problem is that millions more people were affected by the shutoff, in an alarming instance of government overreach that people in the area say has become business as usual.

Based on The Register's estimates and research, about 8.5 million people in Rajasthan had to go without internet and could only connect through phone calls for the duration of the REET — a difficult adjustment to make when living in quarantine.

"Internet shutdowns are bound to cause economic loss, an impact on education, healthcare, and other welfare schemes," the Indian Software Freedom Law Centre said in a blog post about the shutdown. "An internet shutdown during a pandemic can be especially grave considering citizens depend on the internet to get information, work, and study."

It's worth noting that in real life, teachers do in fact have internet access — meaning that the workplace, effectively, has become an open book test — so requiring candidates to go without it seems increasingly anachronistic.

And after surveying social media posts after the shutdown ended, The Register found that many people in the area shrugged off the situation, saying that it's become commonplace. But other regions have endured far more draconian internet shutoffs.

The Muslim-majority regions Jammu and Kashmir often have their internet access cut off for vaguely-articulated security purposes, and The Register suggests that the situation will only grow more dire as time goes on.

READ MORE: Indian state cuts off internet for millions to stop cheating in exams [The Register]

More on internet shutdowns: Governments Shut Down the Internet Hundreds of Times in 2019

No Passing Notes
Russia Blocks Access to ProtonMail
3. 13. 19
Read More
See Me After Class
EU: Facebook, Google, Twitter Failed to Fight Fake News
2. 28. 19
Read More
Fellow Kids
FTC Slams TikTok With Record Fine For Spying on Pre-Teens
2. 28. 19
Read More
+Social+Newsletter
TopicsAbout UsContact Us
Copyright ©, Camden Media Inc All Rights Reserved. See our User Agreement, Privacy Policy and Data Use Policy. The material on this site may not be reproduced, distributed, transmitted, cached or otherwise used, except with prior written permission of Futurism. Articles may contain affiliate links which enable us to share in the revenue of any purchases made.
Fonts by Typekit and Monotype.