Russians can still access their inboxes, but can't send or receive messages on the encrypted email service. 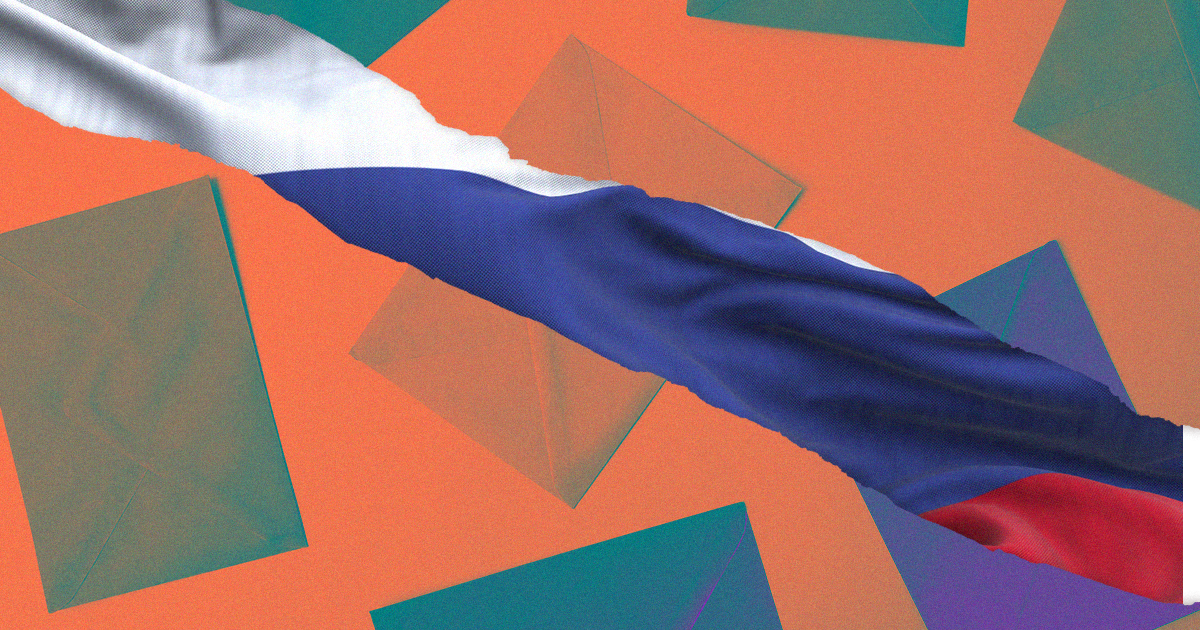 The Russian Federal Security Service just ordered internet providers to block several internet addresses, including servers for the encrypted email service ProtonMail and some of the connections necessary to run the censorship-dodging browser Tor.

The internet service providers complied, and while Russian ProtonMail users can currently access their inbox, they can neither send nor receive messages through the service, according to TechCrunch — a worrisome escalation of the Russian government's war on privacy.

Citing national security after several fake bomb threats were emailed to Russian police earlier this year, the Russian government is using what's called BGP blackhole filtering, a technique that keeps people from reaching their destinations while surfing the web by dropping their connections when they try to reach a blocked site.

While ProtonMail says it's developing a workaround, the move marks another major blow against Russians' ability to preserve their digital privacy and avoid government censorship.

ProtonMail's CEO, Andy Yen, told TechCrunch that the way Russia blocked the service was "particularly sneaky," as the front-end servers are still accessible but the back-end delivery system is blocked. So people can still visit the site, but no messages can get in or out.

"We have also implemented technical measures to ensure continued service for our users in Russia and we have been making good progress in this regard," Yen told TechCrunch. "If there is indeed a legitimate legal complaint, we encourage the Russian government to reconsider their position and solve problems by following established international law and legal procedures."

Read This Next
Going Wireless
Hackers Took Over a Subdomain of Wired.com for Several Months and Replaced It With Sleazy Online Casino Content
Break Out in Hives
Twitter Competitor Shuts Down App When It Turns Out Hackers Can Read Users' Private Messages
Read the Room
Elon Musk Fans Horrified as He Suggests Ukraine Give in to Putin's Demands
Finger Pointing
Russia Warns That Nuclear Plant It Captured May Leak Waste Over Europe
Sobering News
Ukrainian Hackers Allegedly Cut Off Russian Soldiers' Beloved Vodka Supply
More on Future Society
I Silence Thee
Yesterday on futurism
Leaked Messages Seem to Show Elon Musk Using Twitter to Punish His Enemies
Gas Giant
Friday on the byte
Journalist Eats Lab-Grown Chicken, Gets "Weirdly Gassy"
Musk Rats
Thursday on the byte
Twitter Is Quietly Re-Suspending the Lunatics Elon Musk Let Back On
READ MORE STORIES ABOUT / Future Society
Keep up.
Subscribe to our daily newsletter to keep in touch with the subjects shaping our future.
+Social+Newsletter
TopicsAbout UsContact Us
Copyright ©, Camden Media Inc All Rights Reserved. See our User Agreement, Privacy Policy and Data Use Policy. The material on this site may not be reproduced, distributed, transmitted, cached or otherwise used, except with prior written permission of Futurism. Articles may contain affiliate links which enable us to share in the revenue of any purchases made.
Fonts by Typekit and Monotype.