"They need to live up to the standards we are asking of them." 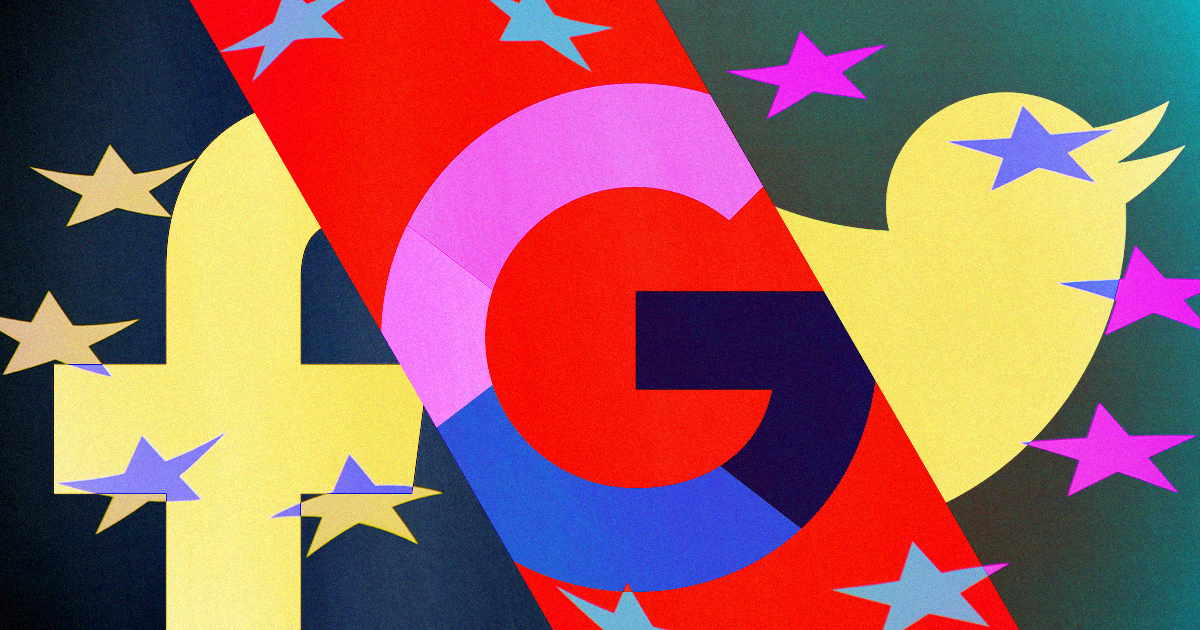 The European Union is displeased with tech giants Google, Facebook, and Twitter — because all three corporations have failed to prevent the spread of fake news, according to Reuters.

In October, the three companies agreed to a voluntary pledge to fight the political misinformation that proliferated on their platforms, as an alternative to harsher legislation being enacted against them in Europe. But based on the companies' monthly progress reports, European officials now feel they aren't trying hard enough.

The European Commission published a statement on Thursday that laid out exactly where each of the three tech giants fell short.

Facebook, for instance, hasn't provided any information on how it ramped up scrutiny over political ads. The data that Google shared is too vague and incomplete to tell whether or not the company actually addressed its problems, and Twitter decided not to share any information with the European Commission during its January report.

According to the statement, which was penned by King and a team of other commissioners, the companies have until year's end to get their act together before Europe will consider imposing stricter regulations on them.

"Sadly they have fallen further behind," tweeted Julian King, Europe's Security Commissioner, on Thursday. "They need to live up to the standards we are asking of them."

Read This Next
I Silence Thee
Leaked Messages Seem to Show Elon Musk Using Twitter to Punish His Enemies
Bot Rush
An Overwhelming Number of Porn Bot Accounts "Drowned Out" Chinese Protest Content on Twitter
Hardcore Mode
Even Twitter's Intern Just Resigned in Disappointment
This is Exhausting
Elon Musk Seems to Be Trying to Weasel Out of Vote to Resign
Backtrack, Backtrack
It Turns Out Elon Musk’s Stalking Incident Had Nothing to Do With ElonJet
More on Future Society
Gas Giant
Friday on the byte
Journalist Eats Lab-Grown Chicken, Gets "Weirdly Gassy"
Musk Rats
Thursday on the byte
Twitter Is Quietly Re-Suspending the Lunatics Elon Musk Let Back On
Going Wireless
Wednesday on futurism
Hackers Took Over a Subdomain of Wired.com for Several Months and Replaced It With Sleazy Online Casino Content
READ MORE STORIES ABOUT / Future Society
Keep up.
Subscribe to our daily newsletter to keep in touch with the subjects shaping our future.
+Social+Newsletter
TopicsAbout UsContact Us
Copyright ©, Camden Media Inc All Rights Reserved. See our User Agreement, Privacy Policy and Data Use Policy. The material on this site may not be reproduced, distributed, transmitted, cached or otherwise used, except with prior written permission of Futurism. Articles may contain affiliate links which enable us to share in the revenue of any purchases made.
Fonts by Typekit and Monotype.