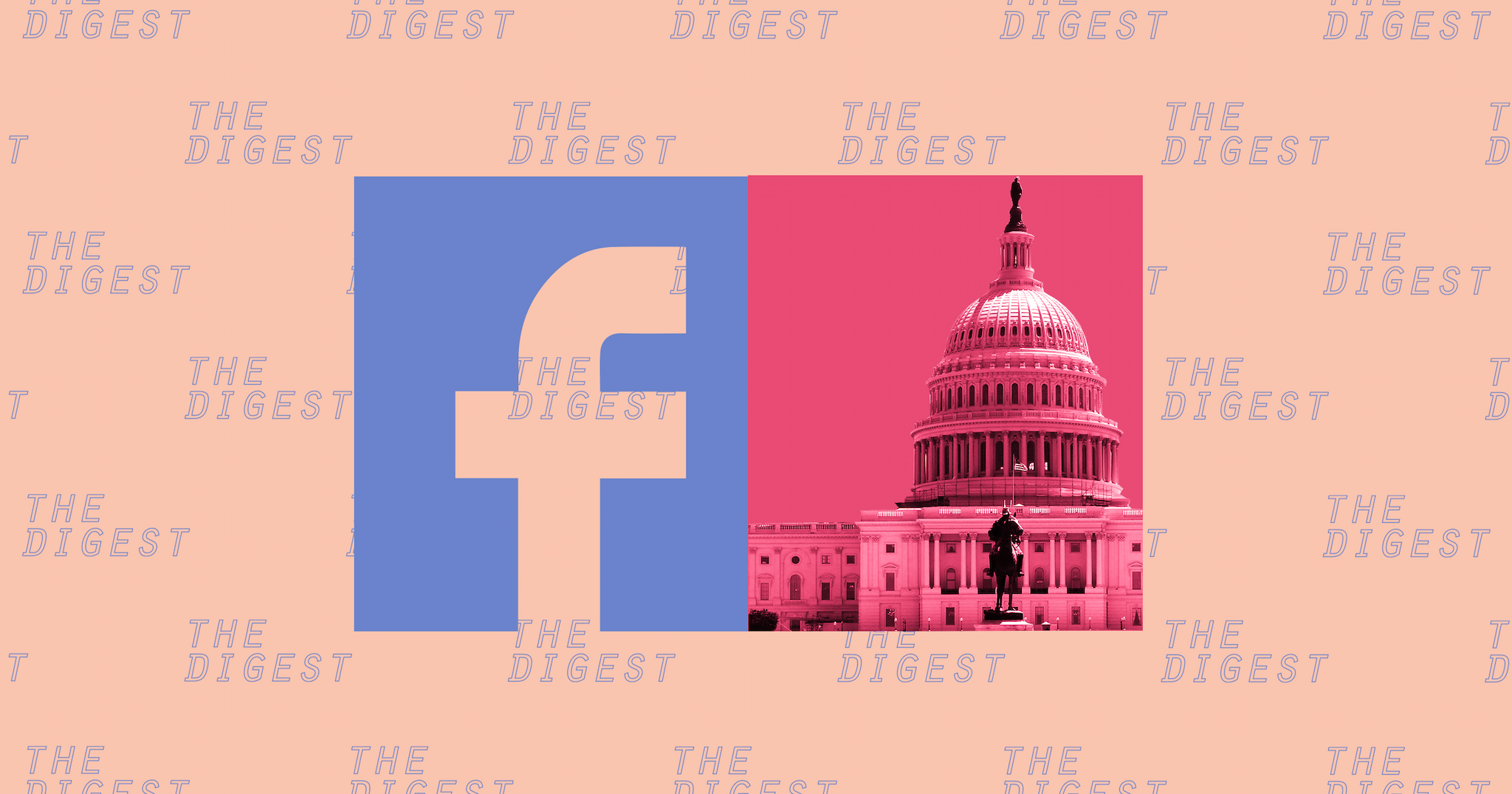 And they won't be the last.

And they won't be the last.

CAUGHT RED- (AND BLUE) HANDED. Facebook just removed 32 pages (public-facing profiles for organizations and brands) and accounts from its platform after finding they were "involved in coordinated inauthentic behavior," according to a post on the Facebook Newsroom blog published Tuesday. With the help of law enforcement agencies, Facebook identified 17 profiles, eight pages, and seven Instagram accounts that have been removed because they "mislead others about who they are, or what they’re doing," as the post notes.

The discovery marks the first time Facebook has actually caught this kind of coordinated effort while it was operating — and before it had a significant impact.

That may not sound like a lot, but as the New York Times points out, more than 290,000 accounts "followed at least one of the suspect pages." The people or organizations that ran those accounts spent $11,000 (in both US and Canadian) on 150 separate ads so that the pages would attract even more followers.

ROCKING THE BOAT. So what does Facebook consider "inauthentic behavior?" The names of the Facebook pages in question — "Aztlan Warriors," "Black Elevation," and "Resisters" — and some of thier posts make it pretty clear: they provoke a strong reaction and pit one side of the political spectrum against the other.

The accounts even went so far as to post events for real-life protests, often in response to other protests. The names of several relevant organizations were tacked on the bottom, apparently endorsing them (whether the organizations agreed to this remains unclear).

Facebook turned its attention to these pages because their activity was awfully similar to those pages run by the Internet Research Agency (IRA), the Russian company that was found to be a "troll factory" last year.

But Facebook isn't blaming Russia directly — at least, not yet. "We don’t have all the facts, but we’ll work closely with others as we continue our investigation," the post reads. "We may never be able to identify the source with the same level of confidence we had in naming the IRA last year."

Translation: whoever did this may never face retribution. But at least that uncertainty didn't stop Facebook from shutting the accounts down before they could cause more damage.

NIP IN THE BUD. The timing for Facebook's announcement isn't a coincidence. An event organized by one of the now-deleted pages was scheduled to take place on August 10 in Washington, D.C. according to Recode. It's not clear what exactly would have happened if the pages weren't deleted beforehand, but we know what happened when Facebook didn't intervene with similar accounts during the lead up to the 2016 presidential election: the accounts fanned the flames of dissent, pushed Americans farther towards extreme views, and cemented those beliefs with confirmation bias.

This is a small, face-saving measure for Facebook, which has rushed to make its platform secure from the kinds of lapses that put it under federal scrutiny after the 2016 election. But it likely won't be the last time we'll see these kinds of coordinated efforts influencing the political landscape via Facebook in the U.S. In fact, we'll likely see more of it as we get closer to the November midterm elections. For now, we can hope that Facebook's coordinated efforts with U.S. intelligence will be enough to limit the scope of any future attempts to destabilize political discourse.

Meta Material
Christmas Present VR Headset Sends Boy to the Hospital
1. 2. 22
Read More
Stay at Home
Facebook Is Taking Down Pages Organizing Anti-Quarantine Protests
4. 20. 20
Read More
Facebook Mind Reader
Facebook is Making Progress on Its Mind Reading Headset
7. 30. 19
Read More
+Social+Newsletter
TopicsAbout UsContact Us
Copyright ©, Camden Media Inc All Rights Reserved. See our User Agreement, Privacy Policy and Data Use Policy. The material on this site may not be reproduced, distributed, transmitted, cached or otherwise used, except with prior written permission of Futurism. Articles may contain affiliate links which enable us to share in the revenue of any purchases made.
Fonts by Typekit and Monotype.