How can Congress hold Zuckerberg accountable if they don't understand how Facebook works? 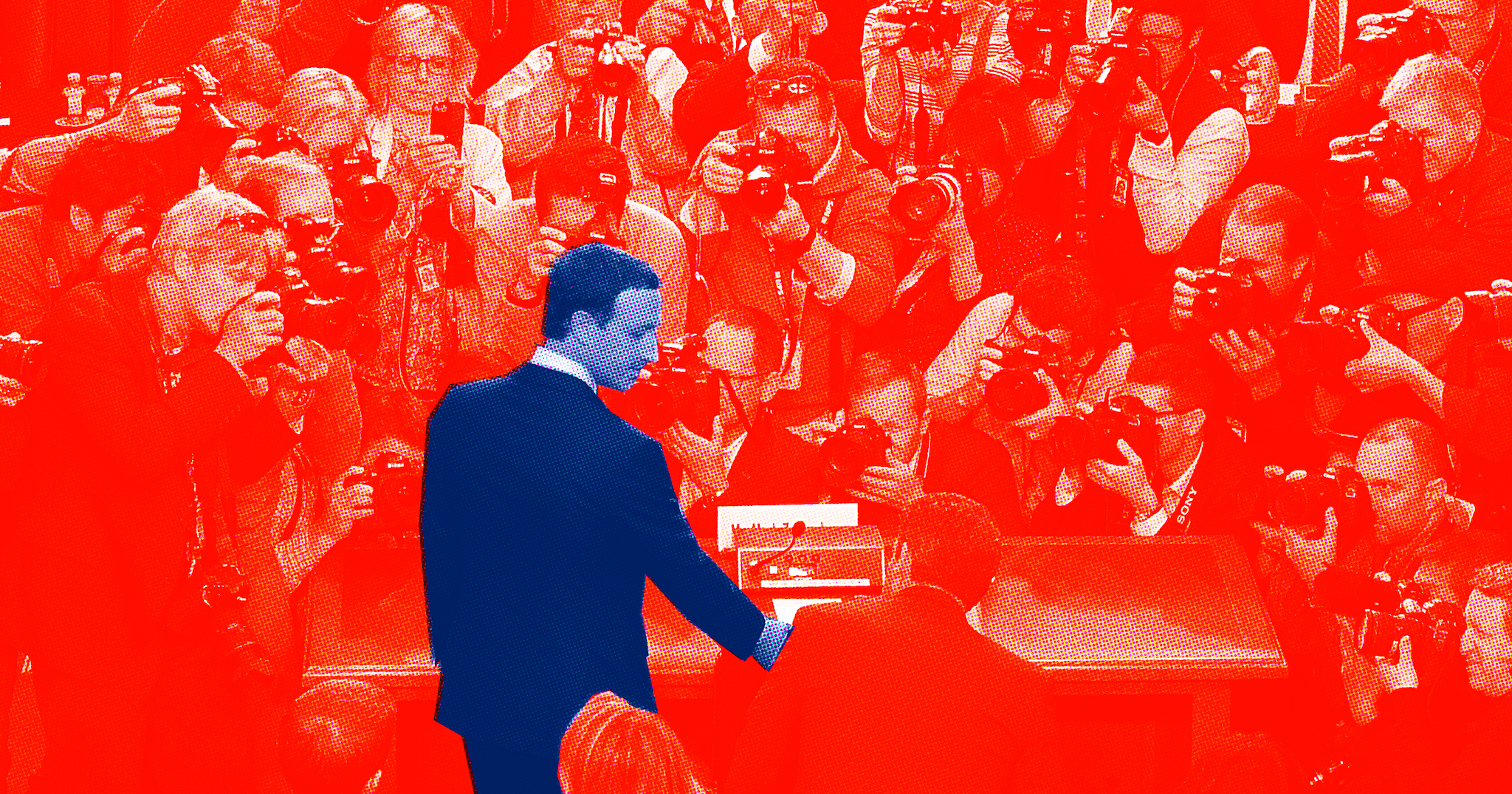 Mark Zuckerberg has spent an awful lot of time in the hot seat over the last two days. For those of us who have been paying attention to Facebook and its litany of scandals over the past few months, Zuck's testimony in front of committees from the Senate and a (distinctly more lucid) one from the House told us nothing new. In fact, certain instances made it seem far more like a tortured five hour call with IT. But why does a picture of my 88-year-old dad show up on my own profile? Have you tried turning it off and turning it on again?

Yes, many of the illustrious senators and representatives assembled devoted their limited minutes with the CEO of one of the biggest companies in the United States to addressing some very simple elements of how Facebook works (which is lucky for Zuckerberg because he had to concentrate most of his energy on modulating his face in the very natural way that humans do).

"Yesterday when we talked, I gave the relatively harmless example that I'm communicating with my friends on Facebook and indicate that I love a certain kind of chocolate. And all of a sudden I start receiving advertisements for chocolate. What if I don't want to receive those commercial advertisements?"
— Senator Nelson (D-FL)

"There is a core misunderstanding about how that system works, which is that—let’s say if you are a shop and you are selling muffins, right, you might want to target people in a specific town who might be interested in baking or some demographic, but we don’t send that information to you, we just show the message to the right people and that’s a really important, I think, common misunderstanding of how the system works."
— Mark Zuckerberg

It's not much of a stretch to say they probably aren't equipped to decide how Facebook treats it's user's privacy. How could legislators hold Zuckerberg accountable if they don't understand what's going on?

Congress is responsible for regulating a lot of industries that have a lot of technical nuance. Arguably, many of those products, from medicine to fuel, potentially put more Americans at greater risk than Facebook does.

But clearly, their technical expertise leaves much to be desired, that we can't take their digital literacy for granted (that's why they have advisors who, one would hope, know a bit more). Congress wants to get it right, even if they don't totally understand. Because they may have little comprehension of how Facebook and its competitors (if they can name a few) work, but they have a firm grasp of the effects. Senators and representatives know that Facebook directly affects a huge proportion of their constituents who were shocked — SHOCKED — by the Cambridge Analytica scandal. They may even be aware that their own re-election could be on the line, potentially from foreign interference.

Congress' ignorance might be at least a bit due to the fact that legislators haven't yet done much to regulate the tech industry.

These hearings show that our grandpa-congressmen don't know all that much about the internet. But they also show that age of tech companies doing as they please may be ending.

"I think it’s time to ask if Facebook has moved too fast and broken too many things," Rep. Greg Walden (R-OR) stated at the beginning of this morning's hearing.

We know what kind of regulation we need. The European Union has set a great example with the upcoming General Data Protection Regulation: every internet user has the right to know when their data changes hands or is subject to a breach, and has the right to be forgotten. Why doesn't the government start there, and implement similar rules in the U.S.?

If the people that represent us really want to hold Zuckerberg and Facebook accountable, we should be able to call his bluff. That requires being just as well-informed as he is. And if he's hiding information from us, they've gotta know that, too, and legally require him to turn it over.

To get there, many Congressmen and Congresswomen have some studying to do. We need to value digital literacy in the people we elect. That is, if we don't want to have another Cambridge Analytica on our hands.

Read This Next
Meta Material
Christmas Present VR Headset Sends Boy to the Hospital
From Our Partners
Shop Securely With 94% Off BelkaVPN For A Pre-Black Friday Sale
From Our Partners
TIKI Gives Back the Data Ownership That Companies and Big Tech Have Taken From You
From Our Partners
Protect Your Data With 70% Off Two Years Of IPVanish VPN
From Our Partners
Save 80% On The VPN Built To Keep You Streaming
More on Sci-Fi Visions
Shiny!
Yesterday on the byte
Beautiful Render Shows Starship With Full NASA Paint Job
Word War
Yesterday on the byte
China Furious After NASA Accuses It of Stealing the Moon
Solar Trailer
Yesterday on the byte
Tesla Unveils Trailer With Pop-Out Solar Panels
READ MORE STORIES ABOUT / Sci-Fi Visions
Keep up.
Subscribe to our daily newsletter to keep in touch with the subjects shaping our future.
+Social+Newsletter
TopicsAbout UsContact Us
Copyright ©, Camden Media Inc All Rights Reserved. See our User Agreement, Privacy Policy and Data Use Policy. The material on this site may not be reproduced, distributed, transmitted, cached or otherwise used, except with prior written permission of Futurism. Fonts by Typekit and Monotype.