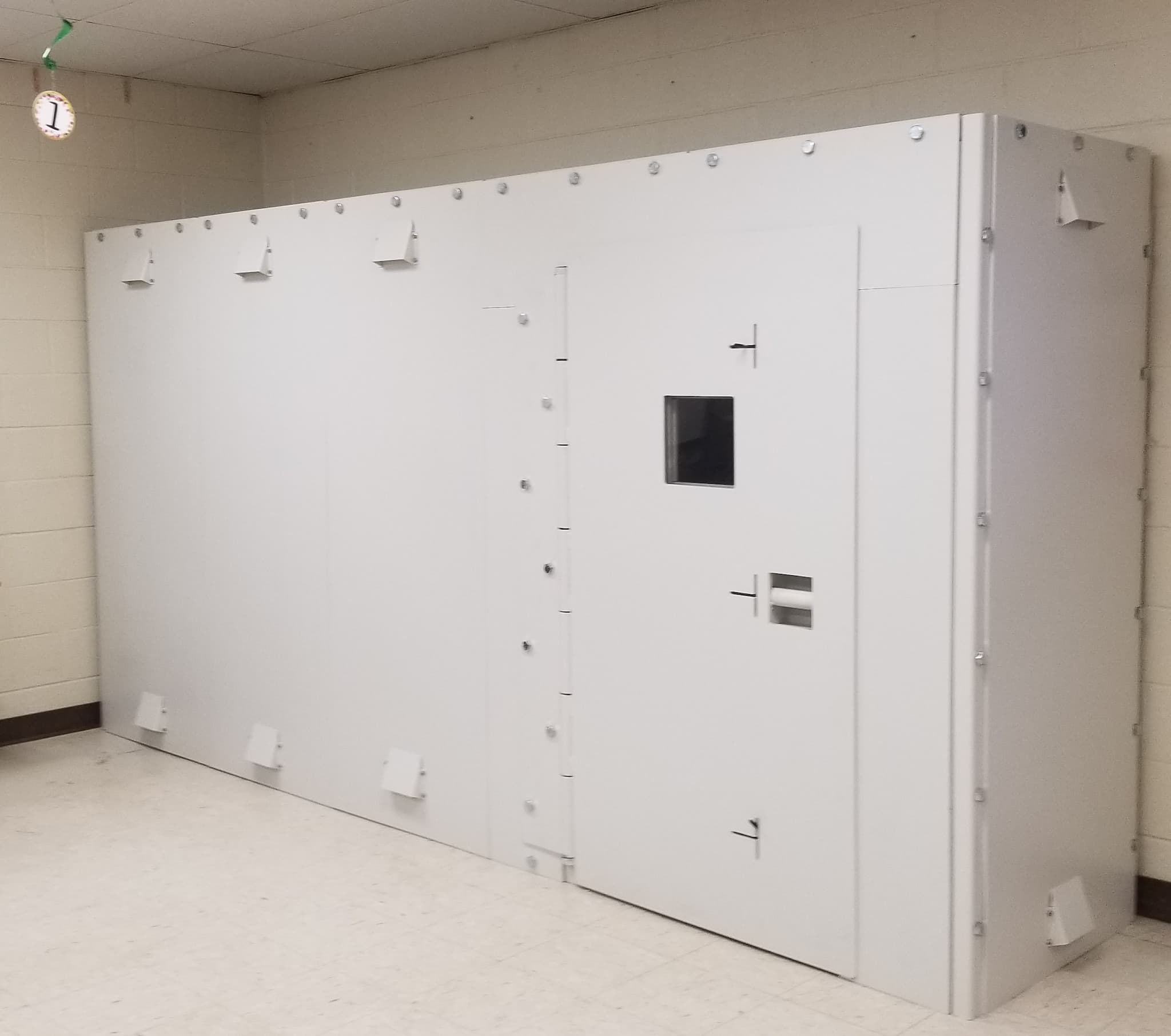 According to a press release, these grayish, shed-like people boxes are apparently the "ultimate solution" to school safety, constructed from bulletproof, tornado-resistant ballistic III level steel — and your district can snag the safeguarding mods for an average of $7 per student over the course of a 14-month period.

But that's not all! As per the press release, districts that have bought into this "near-absolute protection for students" have allegedly seen an increase in enrollment — and therefore revenue — since adding them to classrooms. There's some pretty depressing marketing language out there, but that might take the cake.

From AI systems to proposed taser drones, this is just the latest technology-driven "solution" to school shootings.

"Could schools do more to protect students from harm?" asks one of the company's promotional videos for the product, implying that by purchasing the hellish safety bins, they certainly can.

Gun safety, particularly in schools, is a contentious point in America. There have already been hundreds of mass shootings in 2022 alone, and as horrific details about the unforgivable police response to the Uvalde, Texas elementary school massacre come to light, public outcry and anger continues to deepen.

Though the market for shooter-deterrent technology is booming, there's little evidence to show that technological band-aids actually do much to prevent these tragedies.

And framing the debate, there's still the question it should be up to schools or tech at all — rather than, say, the government — to solve the problem.

School safety as a general concept is unquestionably important, and it's one thing to market these things as tornado shelters. But schools probably shouldn't have to pay $7 a head for a monthly subscription to Avoiding Student Death by Assault Rifle, and it's hard to justify capitalizing on the uniquely American problem of widespread mass shootings — especially when mass gun violence is likely preventable through legislation and government intervention.

More on unhinged school safety proposals: Most of Company's Ethics Board Resigns in Disgust Over Taser-Wielding Drones

Racial Stereotyping
Researchers: Blaming Violent Video Games for Shootings is Racist
9. 18. 19
Read More
Class Warfare
Fearful Parents Are Buying Bulletproof Backpacks for Their Kids
7. 30. 19
Read More
You OK?
Mark Zuckerberg Tries to Explain Why the Metaverse Is Great, Gets Attack of the Hiccups Instead
4:44 PM
Read More
+Social+Newsletter
TopicsAbout UsContact Us
Copyright ©, Camden Media Inc All Rights Reserved. See our User Agreement, Privacy Policy and Data Use Policy. The material on this site may not be reproduced, distributed, transmitted, cached or otherwise used, except with prior written permission of Futurism. Articles may contain affiliate links which enable us to share in the revenue of any purchases made.
Fonts by Typekit and Monotype.