Fearful Parents Are Buying Bulletproof Backpacks for Their Kids 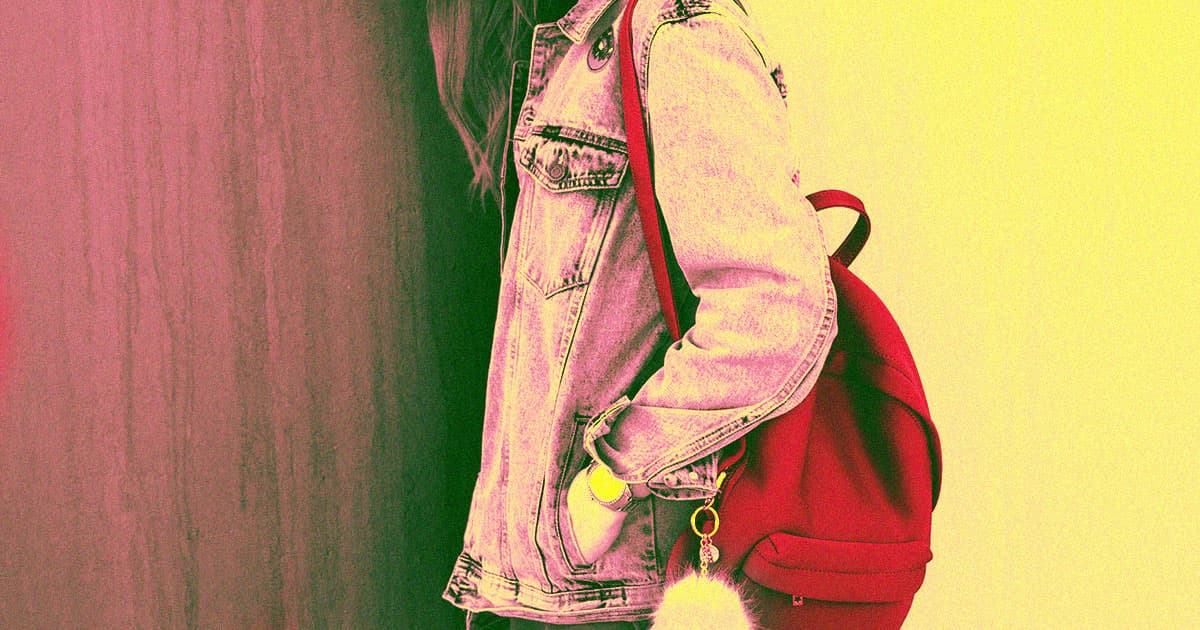 For parents in America, back-to-school shopping this year is about more than buying notebooks and binders — it's about giving their child the best possible chance of surviving a school shooting.

From Texas to Tennessee, Florida to Idaho, local news stations are reporting an uptick in the number of parents purchasing bulletproof backpacks for their kids in anticipation of the 2019 school year — a disheartening sign of how desperate parents are to keep their children safe as gun violence rages in American schools.

On paper, it's easy to see the appeal of bulletproof backpacks — take something kids are going to bring to school with them anyways and tweak it to serve a secondary purpose as a shield against gunfire.

The problem, though, is that bulletproof backpacks aren't quite as "bulletproof" as their name implies.

When a North Carolina sheriff's department recently tested Guard Dog Security's $174 backpack's ability to withstand gunshots, they found it was able to stop bullets from several handguns and pistols as advertised — but a rifle bullet went clean through it.

Other bulletproof backpacks on the market are equally ineffective against rifle shots — and given that mass shooters are increasingly favoring assault rifles such as the AR-15, students with bulletproof backpacks might end up no safer in a shooting scenario than those attending school with a standard JanSport.

And while parents are springing for bulletproof backpacks, which can cost upwards of $500 apiece, schools are trying to prevent the first bullet from ever being fired.

Across the nation, some are installing surveillance systems that use facial recognition and other technologies to identify early warning signs of violence. Others are using artificial intelligence to monitors students’ emails and social media accounts for similar clues.

Some schools are even sending teachers to three-day training courses where they learn how to use their own guns to respond to school violence — and laws making it legal for them to have those guns in the classroom are passing in states across the nation.

It's still too early to know whether most of these controversial initiatives will have the desired effect of keeping students safer in the future — but for the parents buying bulletproof backpacks, even the slightest increase in their child's chances of coming home at the end of the school day is worth their cost.

As one parent told Orlando news station FOX 35, "You got to do what you got to do to protect your child."

More on school shootings: A Company Claims Its AI Has Prevented 16 School Shootings

Read This Next
Bad Science
Cosmologist Lists the Stupidest Things People Believe About Space
Racial Stereotyping
Researchers: Blaming Violent Video Games for Shootings is Racist
Power Down
Tech Used to Be for the Rich. Now They’re Paying to Avoid It.
Futurism
Not Paying Attention in Class? China’s "Smart Eye" Will Snitch on You
Futurism
Bill Nye: "I Predict No One Is Going To Want To Settle on Mars"
More on Future Society
I Silence Thee
Yesterday on futurism
Leaked Messages Seem to Show Elon Musk Using Twitter to Punish His Enemies
Gas Giant
Friday on the byte
Journalist Eats Lab-Grown Chicken, Gets "Weirdly Gassy"
Musk Rats
Thursday on the byte
Twitter Is Quietly Re-Suspending the Lunatics Elon Musk Let Back On
READ MORE STORIES ABOUT / Future Society
Keep up.
Subscribe to our daily newsletter to keep in touch with the subjects shaping our future.
+Social+Newsletter
TopicsAbout UsContact Us
Copyright ©, Camden Media Inc All Rights Reserved. See our User Agreement, Privacy Policy and Data Use Policy. The material on this site may not be reproduced, distributed, transmitted, cached or otherwise used, except with prior written permission of Futurism. Articles may contain affiliate links which enable us to share in the revenue of any purchases made.
Fonts by Typekit and Monotype.