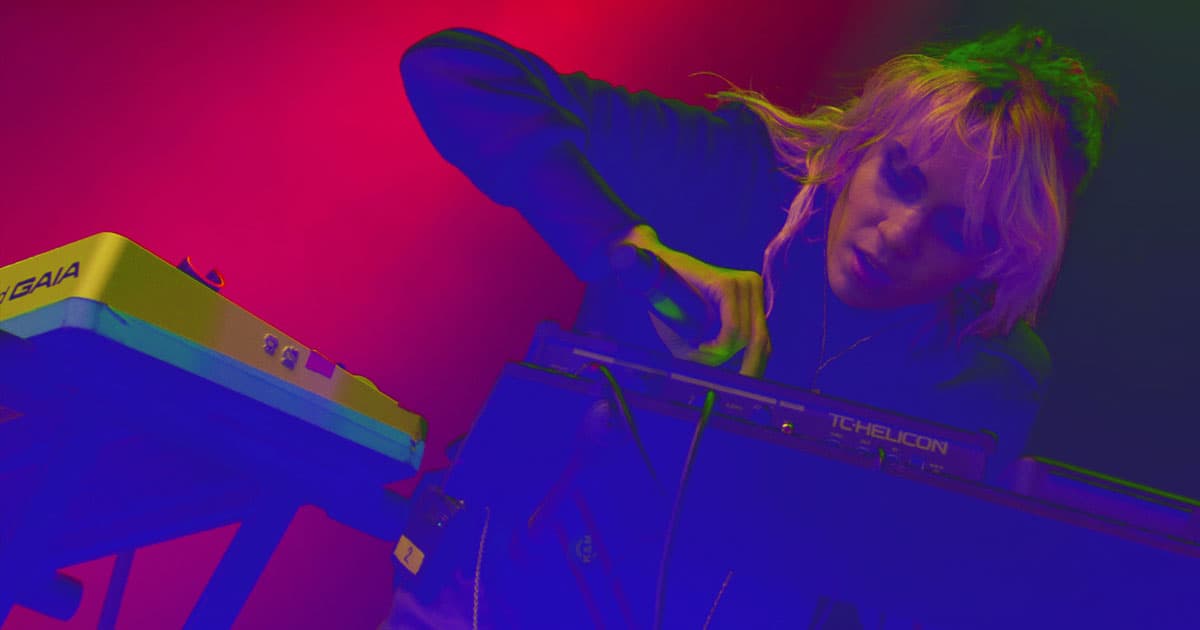 Keeping Up With the Grimeses

Grimes Uses Deprivation Tank to "Astro-Glide to Other Dimensions"

In a post uploaded to her Instagram account, Grimes elaborated on her extremely unusual training regiment — and it's straight out of a bad science fiction novel.

The Canadian pop star takes a bunch of supplements — and also reportedly spends two to four hours in her deprivation tank to allow her to "'astro-glide' to other dimensions — past, present, and future."

ADIDAS: Tell us about ur training regiment ? GRIMES: My training is a 360 approach. I first maintain a healthy cellular routine where I maximize the function of my mitochondria with supplements such as NAD+, Acetyl L-Carnitine, Magnesium, etc. This helps promote ATP and it’s incredibly visceral. From that point I spend 2-4 hours in my deprivation tank, this allows me to “astro-glide” to other dimensions - past, present, and future. In the afternoons I do a 1-2 hour sword fighting session with my trainer, James Lew, we go over the fundamentals that work the obliques, core stabilizes, and triceps as well as a few tricks. To wind down from this I spend 30-45 minutes on an inclined hike at roughly 4-4.5 miles per hour, arguably the most efficient workout. I then spend 45 minutes stretching before heading into the studio where my mind and body are functioning at peak level, with a neuroplastic goal between 57.5 and 71.5 AphC’s (which is my preferred range for my blood type). I’ve outfitted my studio with the highest grade of red light. It is pretty much 1000 sqf IR Sauna. Hana then comes over and we do a screaming session for 20-25 minutes while I slow boil the honey tea that maximizes vocal proficiency. I have also eliminated all blue light from my vision through an experimental surgery that removes the top film of my eyeball and replaces it with an orange ultra-flex polymer that my friend and I made in the lab this past winter as a means to cure seasonal depression. I go to bed with a humidifier on. #asmc #adidasparley #createdwithadidas #gentrifymordor

Pilled to the Gills

"I first maintain a healthy cellular routine where I maximize the function of my mitochondria with supplements such as NAD+, Acetyl L-Carnitine, Magnesium, etc.," she wrote in the caption of an image showing her wearing Adidas' latest footwear offering.

Those obscure supplements are an effort to "promote ATP" — the primary energy carrier inside living cells. The jury is still out whether it's a worthwhile habit. Studies have shown that doing exactly that could have positive effects on cognitive function, while other studies didn't notice any positive effects at all.

Grimes doesn't even shy away from body modification. According to the post, she "eliminated all blue light from my vision through an experimental surgery that removes the top film of my eyeball and replaces it with an orange ultra-flex polymer." The surgery allegedly is meant to "cure seasonal depression."

Her preferred choice of sport is sword fighting of course — one to two hours in the afternoon.

Whether we should take her by her word is not entirely certain. Her post includes the hashtag #GentrifyMordor after all — perhaps a reference to her Gollum-like stance.

More on Grimes: Tesla Investors May Subpoena Grimes and Others over Musk's Tweets

Brands We Love
This Specialized CBD for Inflammation Harnesses Curcumin's Anti-Inflammatory Benefits
9. 30. 19
Read More
Brands We Love
Don't Start Taking Supplements Until You've Taken This Simple At-Home Test
7. 31. 19
Read More
Brands We Love
When It Comes to CBD for Pain Relief, This Cutting Edge Topical Gel Is a Game Changer
7. 8. 19
Read More
+Social+Newsletter
TopicsAbout UsContact Us
Copyright ©, Camden Media Inc All Rights Reserved. See our User Agreement, Privacy Policy and Data Use Policy. The material on this site may not be reproduced, distributed, transmitted, cached or otherwise used, except with prior written permission of Futurism. Fonts by Typekit and Monotype.