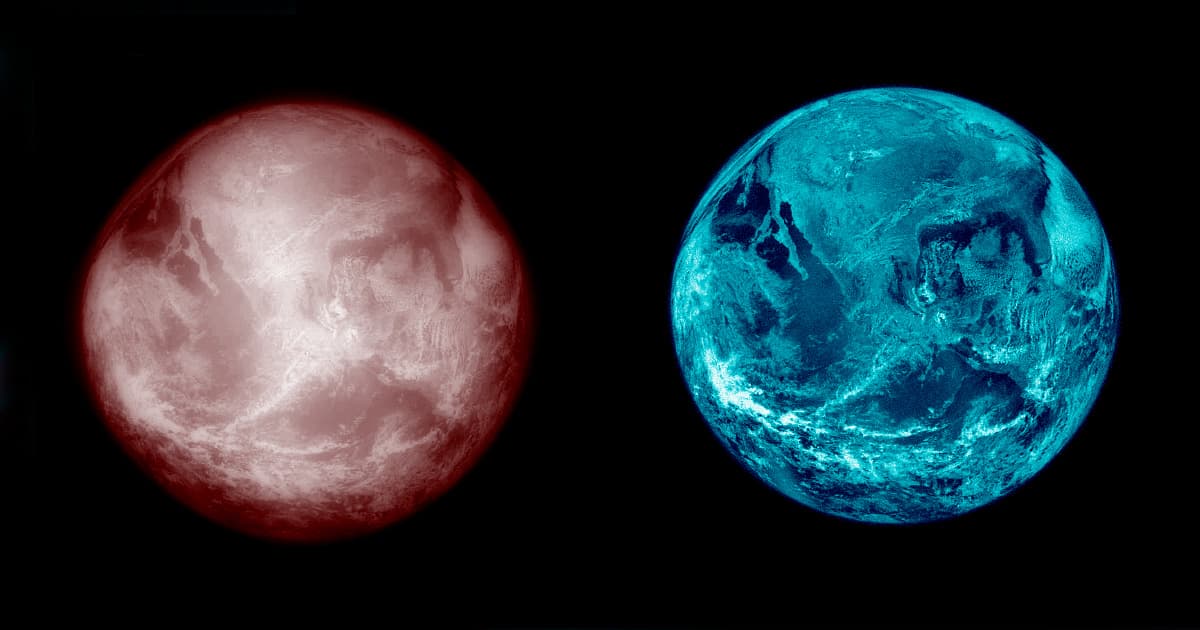 There are loads of potentially-habitable exoplanets out there in the galaxy, but because they're so far away, they're incredibly difficult to study.

Being able to take a close look at these worlds would help, but we don't have any telescopes powerful enough. Now, though, Universe Today points to a hypothetical new telescope design that would use the Sun as a gigantic gravitational lens ­— so powerful that it could spot individual land masses on the surfaces of planets in other star systems.

Gravitational lensing is essentially using a powerful gravitational field like a magnifying lens. As light travels past a large object — in this case the Sun — it gets warped as if it were passing through rounded glass. A pair of physicists, one from NASA, demonstrate in a paper being considered for publication by the journal Physics Review D that this would give us enough light to see a clear view of exoplanets orbiting the nearby star Proxima Centauri.

"To directly observe and image an exoplanet we need access to very large telescopes," Slava Turyshev of NASA's Jet Propulsion Laboratory, who worked on the paper, told Universe Today. "Thus, if we want to see our own Earth in just one pixel from a distance of 100 light-years, we need a telescope with ~90 kilometers in diameter."

They even simulated what an Earth-sized planet would look like through the telescope in a neighboring star system — and the level of detail is impressive.

This is all technically within the realm of possibility, according to Universe Today, but would be an immense undertaking. For one, the focal point of this gravitational lens — the point at which one might observe a clear image — would rest about 550 times the distance between the Sun and Earth.

That's a long way to go just to use a telescope, but it's certainly less of a trip than actually traveling to see these exoplanets in person.

READ MORE: If We Used the Sun as a Gravitational Lens Telescope, This is What a Planet at Proxima Centauri Would Look Like [Universe Today]

Quacks Like a Duck
Those Headlines About Scientists Building a Wormhole Are Total Nonsense, People
12. 1. 22
Read More
Good Samaritan
Physics Dept Gets Random Box Full of $180K in Untraceable $50s and $100s
12. 22. 21
Read More
Absolute Unit
Scientists Discover Gigantic New World that Defies Previous Planetary Understanding
12. 8. 21
Read More
+Social+Newsletter
TopicsAbout UsContact Us
Copyright ©, Camden Media Inc All Rights Reserved. See our User Agreement, Privacy Policy and Data Use Policy. The material on this site may not be reproduced, distributed, transmitted, cached or otherwise used, except with prior written permission of Futurism. Articles may contain affiliate links which enable us to share in the revenue of any purchases made.
Fonts by Typekit and Monotype.