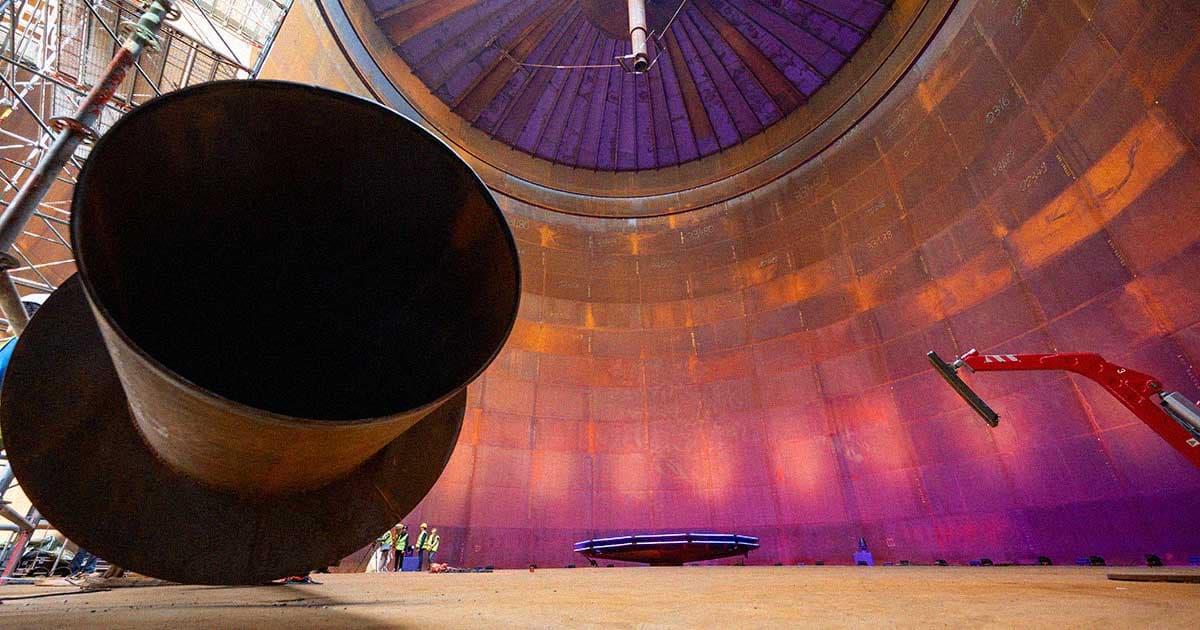 More of these, please!

More of these, please!

Countries reliant on Russia's fossil fuel industry for energy and utilities are starting to look for alternatives as President Vladimir Putin continues to wage bloody war on Ukraine.

Today, the Associated Press reported that Germany is creating a giant thermos to heat homes in the winter, in just another example of a changing European energy landscape. The tower is nearly 150 feet tall and can hold a staggering 15 million gallons of water. The building keeps near-boiling water heated at all times by using spare electricity wind and solar farms create, and it can be used this winter if there's no Russian gas to be had.

"It's a huge thermos that helps us to store the heat when we don't need it," Tanja Wielgoss, who heads utility company Vattenfall's heat unit in Germany, told the publication. "And then we can release it when we need to use it."

The project's scale is nothing to sneeze at. According to the AP, it can handle much of Berlin's hot water needs in the summer and an extraordinary 10 percent of the city's winter hot water demands.

While that single station can't handle every Berliner's needs on its own, the AP reports that others are being built in the Netherlands. Europe has a lot going on in the renewable energy space, even if it took a broken climate and a war to light a fire under officials' butts.

With any luck, the US will take notes without requiring civilian causalities of its own to take action.