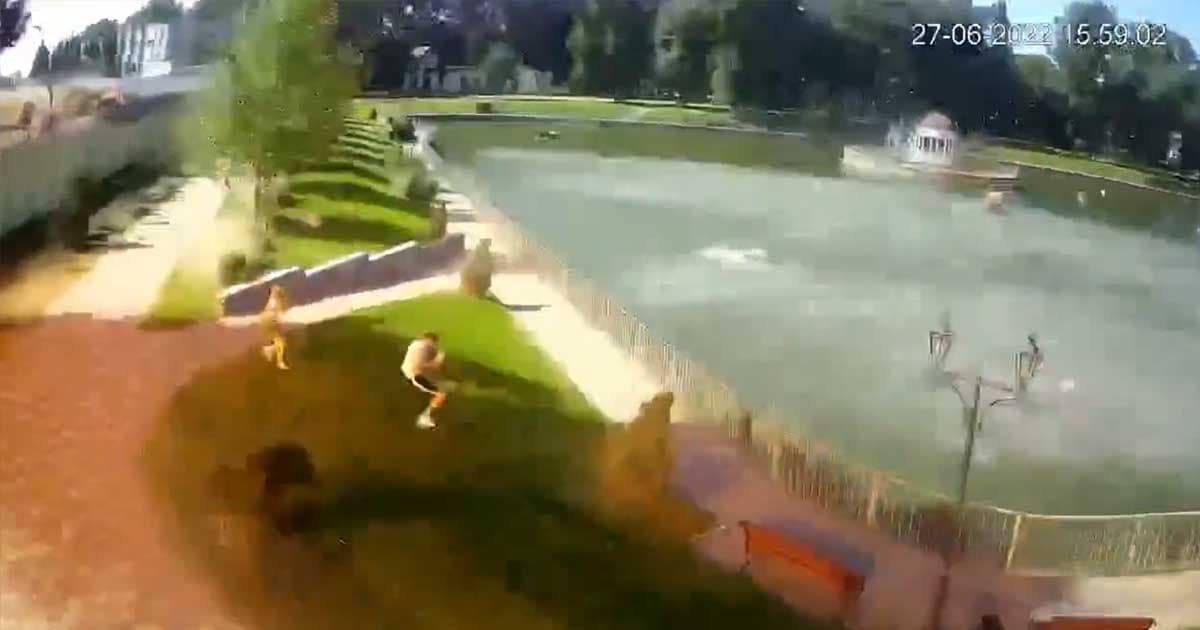 At least 18 are dead, and many others are still missing or injured.

At least 18 are dead, and many others are still missing or injured.

On Monday, deadly Russian missiles hit a shopping mall in Kremenchuk, a city in Central Ukraine. The complex was devastated, and the blast was so strong that security cameras were able to capture falling rubble from hundreds of meters away.

There were hundreds of civilians inside of the mall at the time, and as of yesterday morning, 18 deaths had been reported. At least 36 people are still missing, while many others are accounted for but injured.

"I remember myself flying," recounted mall-goer Lyudmila Mykhailets, who spoke to The New York Times from a Kremenchuk hospital bed. "I was flying headfirst somewhere. My whole body was beaten, all over, and shards were falling on me."

Ukrainian officials were quick to relay the news of the attack, and BBC reports that Russian authorities took to Telegram channels shortly thereafter to insist that the civilian deaths were "staged," a position that was then reiterated on Russian state television.

The Russian defense ministry additionally claimed that the shopping mall was "non-functioning," and had not been in business for months. A Ukrainian woman who lives close by, however, told BBC that the building was a bustling community space — and even contained the largest children's play center in the city.

Ukrainian President Volodymyr Zelensky addressed the strike in his evening video report, where he condemned the strike as "one of the most defiant terrorist attacks in European history."

This is only the latest Russian attack on everyday Ukrainians. Just this past Sunday, someone was killed when a different missile hit an apartment building and kindergarten in the capital city of Kyiv. And though Russia continues to tell its people that its military operation's goal is to liberate their allegedly oppressed neighbors, the rest of the world is seeing a very different picture — one in which indiscriminate violence wreaks havoc and terror on an invaded land.

READ MORE: 'I Was Flying Headfirst': A Shopping Trip Shattered by a Missile [The New York Times]

More on Russia's ongoing invasion of Ukraine: Russia's Military Is Getting Defeated by Ukrainian Mud