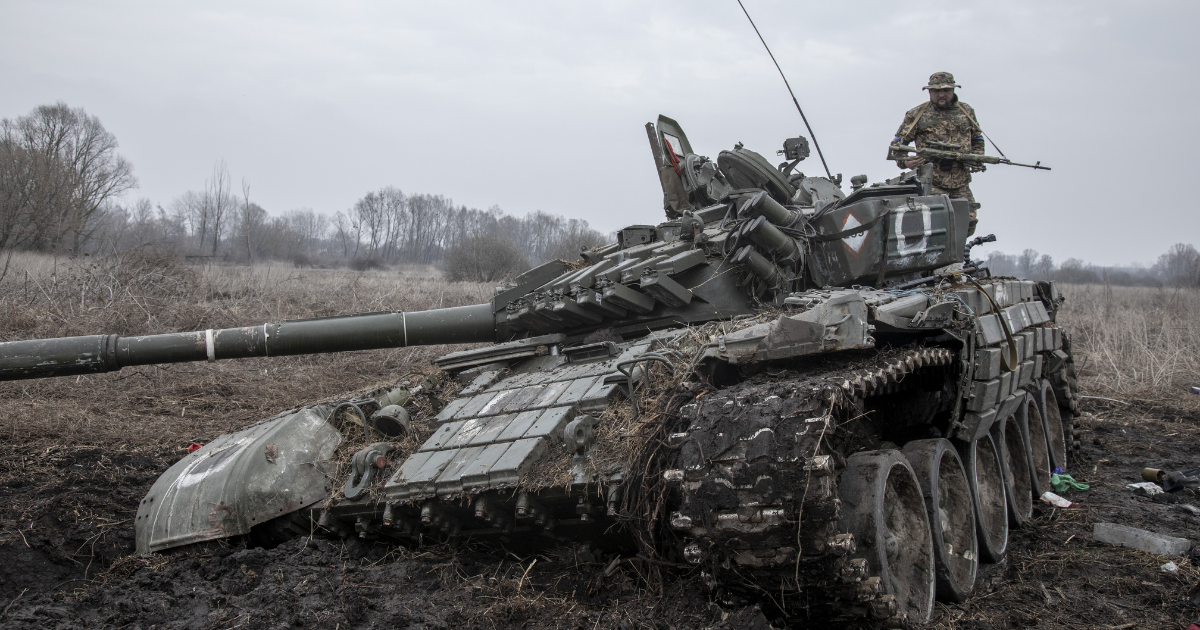 Russia’s Military Is Getting Defeated by Ukrainian Mud

Mud on the Tires

If it wasn’t so bloody and violent, it’d be funny. Russian President Vladimir Putin seemed to think he could overcome 300 years of military history in which various conquering armies floundered and drowned in Ukrainian mud during early spring, but it turns out you can’t beat nature.

According to a new report in CNBC published this week, Russia failed to take into consideration the time of year when it invaded Ukraine. The army began their invasion in late February, the same time of year locally as “muddy road season,” or “Rasputitsa.” It happens twice a year — spring and fall — and it makes unpaved roads impossible because they turn into thick, deep mud even tanks can’t plow through.

According to the news outlet, Russia analysts and military experts almost can’t believe it’s gone so badly for Putin, especially considering the expectation that Russia would reach a speedy victory over the smaller nation.

Part of the reason Putin should’ve known better than to invade Ukraine when he did is the fact that several war mongers before him fell to the exact same obstacle. Napoleon Bonaparte couldn’t do it in 1812, and Hitler couldn’t do it in 1941.

“It raises real questions for me … the Russians have been doing these [military] drills and practicing this foreign invasion for almost a decade now and they still didn’t think, or didn’t have enough coordination, to put the right units in the right places, and to move in the right way,”  Maximilian Hess, Foreign Policy Research Institute fellow, told CNBC. “[The mud] has literally been known to be a problem for 300 years.”

Play stupid games, win stupid prizes. Who knows why Putin thought his assault would go differently? But anything that lessens civilian casualties at least has a bright side.

Weird Times
White House Brags That America Is Producing More Oil and Gas Than Ever
Mar 7
Read More
Floating Chernobyl
Russia Is Floating a Nuclear Power Plant Across the Arctic
8. 9. 19
Read More
Silent Hill
Horrifying “Black Snow” Blankets Russian Towns
2. 27. 19
Read More
+Social+Newsletter
TopicsAbout UsContact Us
Copyright ©, Camden Media Inc All Rights Reserved. See our User Agreement, Privacy Policy and Data Use Policy. The material on this site may not be reproduced, distributed, transmitted, cached or otherwise used, except with prior written permission of Futurism. Fonts by Typekit and Monotype.