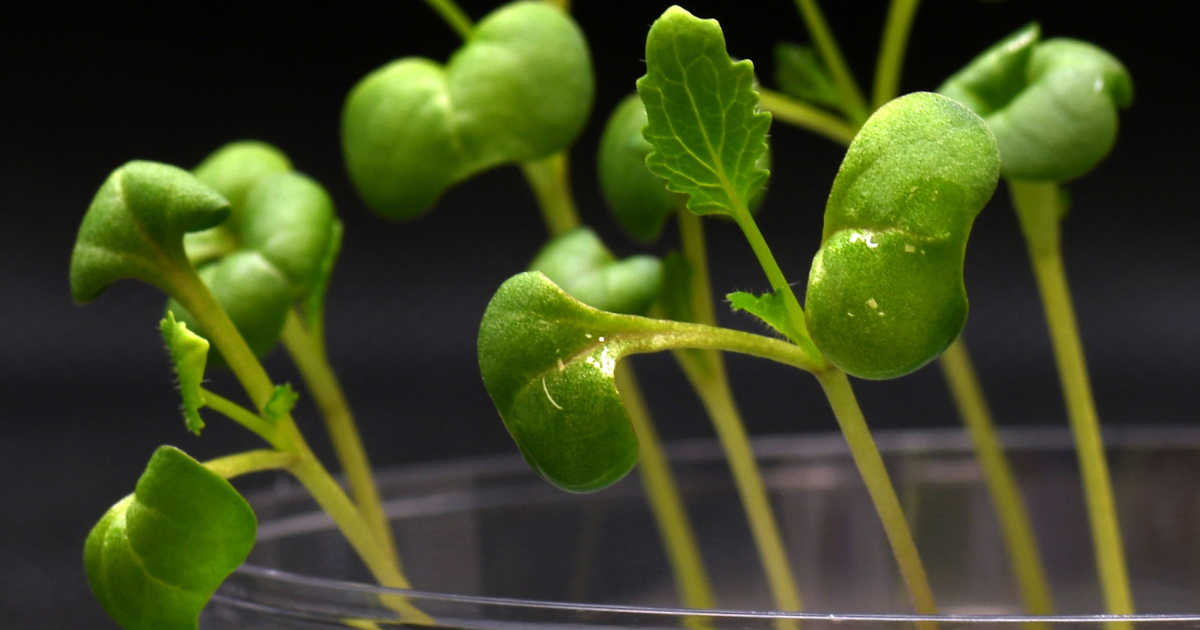 That could really come in handy.

That could really come in handy.

Some things that could make the world more efficient simply feel impossible to achieve — not like having to eat and sleep or not suffering through inflated grocery store prices.

Earlier this week, though, scientists at UC Riverside and the University of Delaware say they found a way to cross one of those seemingly impossible barriers when they convinced plants to grow in total darkness. A university press release says the team used a two-step process to convert carbon dioxide, electricity and water into acetate. Plants consumed the acetate and were able to grow in the dark.

The release said that combined with solar panels to generate electricity, this method of food production would be more than 18 times as effective as the natural process, which they claim uses only 1 percent of the energy found in sunlight alone. The team's research was published Thursday in the journal Nature Food.

"We sought to identify a new way of producing food that could break through the limits normally imposed by biological photosynthesis," corresponding author Robert Jinkerson said in the statement.

Did the tomato and cowpea plants grow? That much is obvious, because photos of the results prove it.

Did bear fruit or grow enough to produce something edible? That's not as obvious. Press photo shows precious little green shootlings pushing up out of laboratory soil, but it remains to be seen if this growth method can actually result in a sustainable or worthwhile amount of produce.

Still, the strategy is extremely cool and will hopefully continue becoming ever more effective. After all, more ways to grow food may ease those high grocery prices.

More on Earth and energy news: Scientists Discover Bacterium So Large You Can Hold It In Your Hand

Hidden City
NYC's Greenery Eats Up All the CO2 From Its Cars, Trucks and Buses "And Then Some"
Jan 6
Read More
Brands We Love
Photosynthesis Is the Strategy Game That Lets You Take Control of a Forest Ecosystem
11. 19. 19
Read More
Dinner Time
Scientists Used CRISPR to Domesticate This Delicate Fruit
10. 1. 18
Read More
+Social+Newsletter
TopicsAbout UsContact Us
Copyright ©, Camden Media Inc All Rights Reserved. See our User Agreement, Privacy Policy and Data Use Policy. The material on this site may not be reproduced, distributed, transmitted, cached or otherwise used, except with prior written permission of Futurism. Articles may contain affiliate links which enable us to share in the revenue of any purchases made.
Fonts by Typekit and Monotype.